There are indeed many people committing errors in EVE. You might say that the Code is the spell check of highsec. Welcome to the latest edition of the Grab Bag! 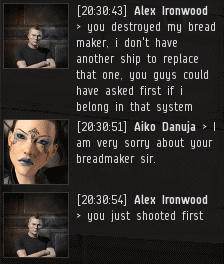 Here we see one of the most common complaints of gank recipients: Now that I've lost my ship, I can't make any more money. In theory, this prevents them from buying a permit.

...Some even claim that they can no longer afford to play EVE at all! In view of this problem, I have decided to do something special for this edition of the Grab Bag: I will randomly select a worthy miner to reimburse. All the miner needs to do is present a claim for reimbursement and not say something obviously treasonous to disqualify himself. Ready?

To be sure, Space CowboyTX is a bit rough around the edges. But since he has vowed to tank his ships better in the future, I am pleased. Now to reach for my wallet...

Sigh. So close, so close.

Many highsec miners migrated from EVE's Chinese server. Yet they have already acculturated. 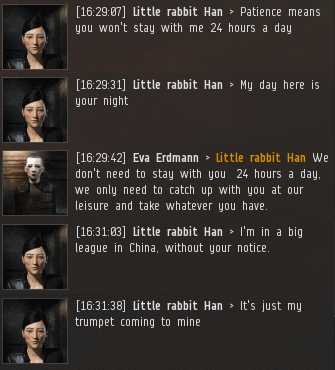 Despite the language barrier, Chinese miners are capable of adapting classic miner clichés like the "powerful friends in nullsec" bit. 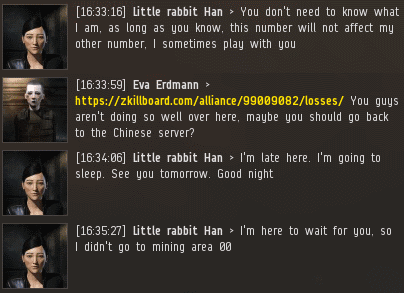 Bot-aspirancy speaks with a universal language--and so does the gank.

Agent Lewak is known for his superb timing. You can mine all day while allegedly at your keyboard, but the moment you leave to "deal with a dog", Lewak and his friends will appear.

If you step away to make some coffee? Lewak will be there.

A few seconds to put down a dish? BAM! There's Lewak. The lesson, of course, is to dock up before you go AFK. Fascinating notion, right? 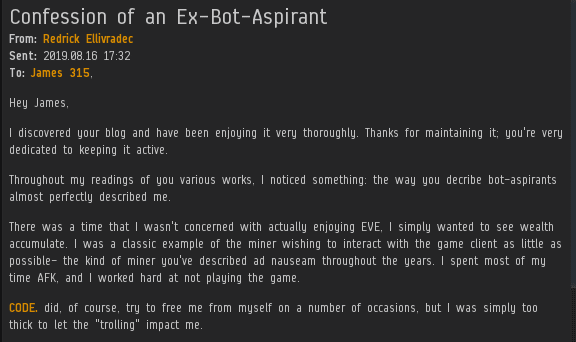 Redrick Ellivradec admits that he was once consumed by bot-aspirancy. For his most shocking confession, read on: 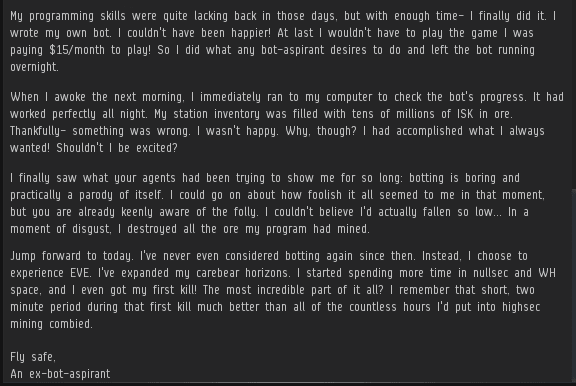 This is, I believe, the first confession we have received from someone who created his own bot program. Some would say that such people are the worst of the worst. Yet even they are not beyond reason. If CCP truly wants to combat the problem of botting in EVE, here's the answer: Require every new player to read the Code.
Posted by MinerBumping at 18:09