The EVE galaxy can be a cruel wasteland. But it doesn't have to be. 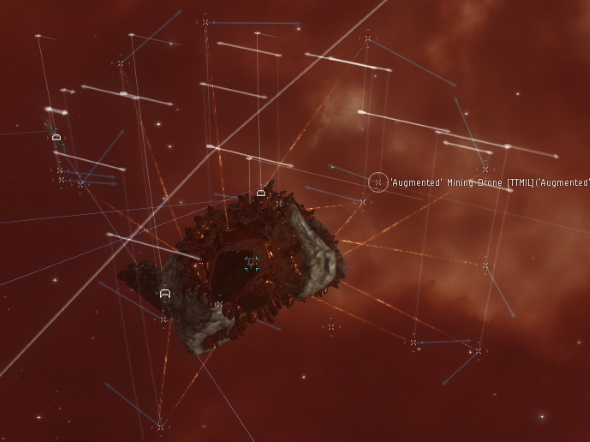 Too often, systems in empire space find themselves infested by miners and mining drones. Who will save highsec? 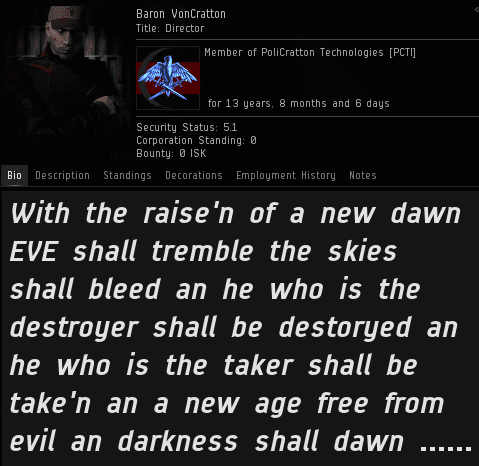 Baron VonCratton had a frightful bio. Was he the one? 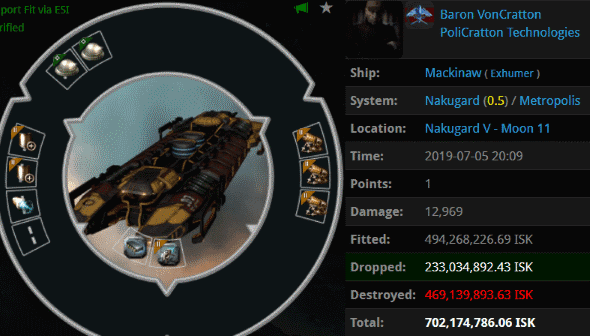 No, Baron was just a guy with a 700 million isk Mackinaw. A bio can be misleading. So how do the good people of highsec know where to look for a true champion? 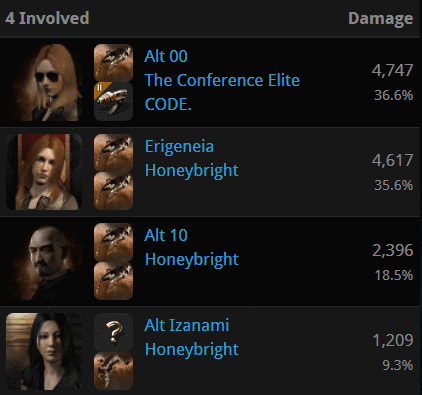 Ah, here we are. It's the people who enforce the Code. 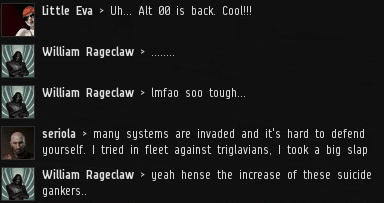 Nakugard's silence was broken when the Agents of the New Order breathed their life into the system. 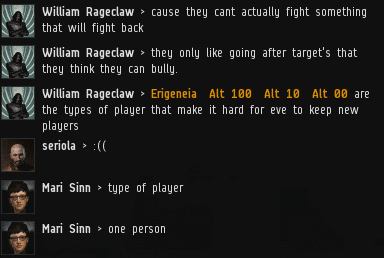 True to form, William Rageclaw raged. He couldn't shake the petrifying feeling that he might be the next miner to wind up as someone else's killmail. He disguised his selfish fears by voicing his concern for "new players".

Agent Alt 00 trumpeted her great victory over Baron's blingy Mackinaw by quoting her favorite author. This, in turn, caused William to confirm his own status--he was a Goblok. 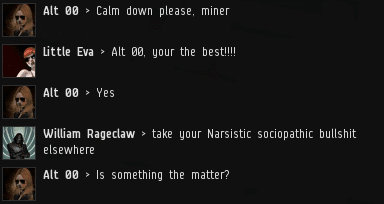 The Nakugard population was split: Some favored the Code; others aspired to be bots. Our Agent ruled over them all. 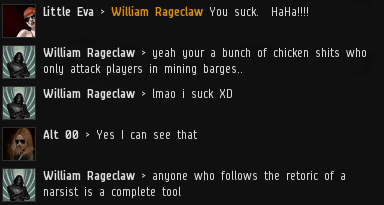 William wasn't the only bot-aspirant in the system that day, but he was the most vocal. Did he have ambitions to raise a full-scale rebellion? 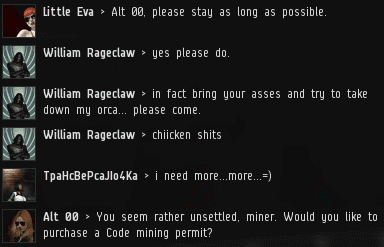 Agent Alt 00 has seen many would-be rebel leaders in her day. It never ends well for them. A much better option for William was to sit down, shut his mouth, and buy a mining permit. Alt 00 politely presented this attractive alternative.

William outed himself as an anti-Code miner. Yes, even in 2019 they still exist. 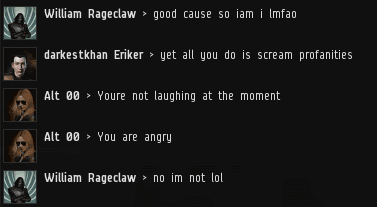 Like the other unlicensed miners, William felt very insecure about his place in EVE. He pretended to be enjoying the game, but he convinced no one--least of all himself.

Alt 00 wanted to help, but William only wanted to rage. And there was every chance that if he continued in this manner, William Rageclaw's rage might bring the judgment of the Code upon him some tragic way.