Tragedy of the Common Miner

Who cares about the highsec miners? People like this do: 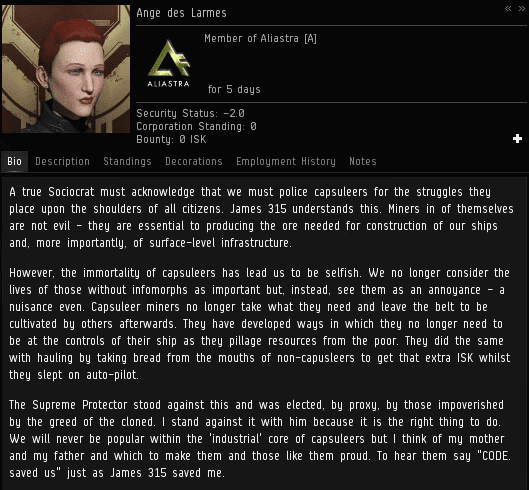 Agent Ange des Larmes strives for perfection in all things. The first item on her list is the perfection of highsec minerdom. To achieve that glimmering goal, the imperfect miners must be burned away. 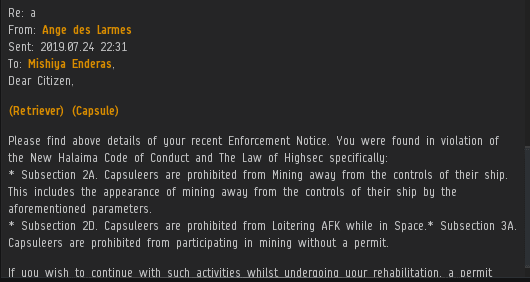 Say what you will about the New Order, haters, but at least miners these days know why they're being ganked--and are given instructions on how to avoid it. 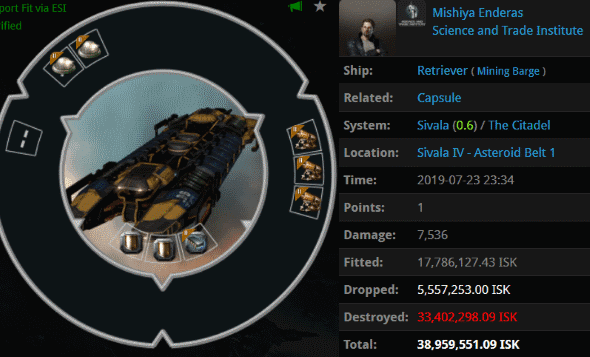 It should be no mystery as to why Mishiya Enderas lost his Retriever. But just in case, Agent Ange filled him in.

The miner repaid her with a bunch of excuses instead of the requisite 10 million isk. 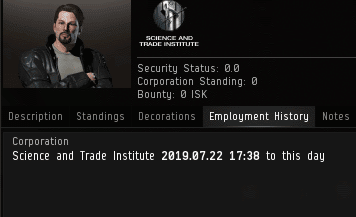 To our Agent's surprise, the miner truly was less than 2 days old. She decided to take him under her wing and teach him about the Code. Despite Ange's compassion, she didn't lose sight of the fact that ignorance is no excuse for violating the Code; it is a Code violation in and of itself. 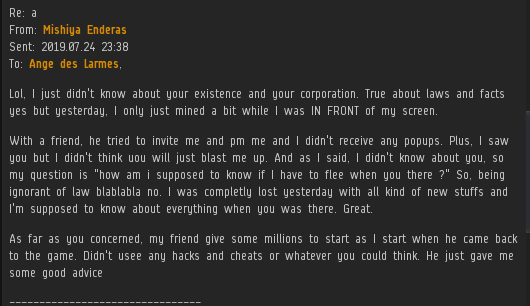 Mishiya offered more excuses for his bad behavior. And apparently he was being funded by a "friend" who didn't care enough to help him get a mining permit.

Agents of the New Order are accustomed to stepping up where carebears' so-called friends fail them. Yet it turned out that Mishiya's friend, too, had excuses. He was a "new returning player" himself! 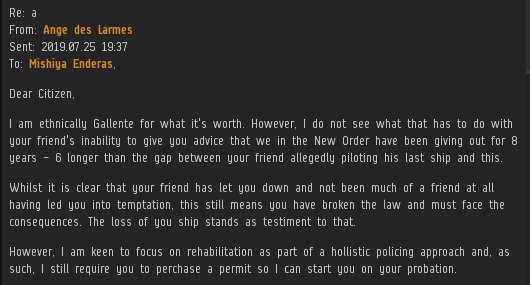 In spite of everything, Agent Ange liked Mishiya and wanted to give him every chance to succeed in EVE. So she presented him with a new opportunity to prove himself. 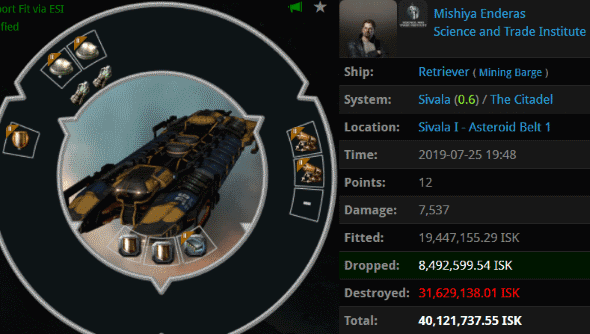 Unfortunately, the miner failed, getting himself ganked by Ange again, in the same system. What is it with miners these days and losing multiple ships to the same ganker in the same system? They can't move one system over for their asteroids? The only explanation is extreme bot-aspirancy.

The miner was frustrated by his lack of progress; so was Ange. 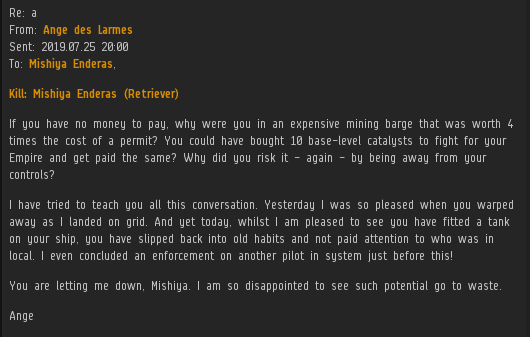 Carebears hating losing their ships and their isk, but when they feel an Agent's disappointment, that feeling cuts through them like a knife.

Mishiya responded by withdrawing inward, embracing his own weakness. And yet, incredibly, Agent Ange found herself so consumed by compassion and empathy that she decided to reimburse the miner for both of his lost Retrievers. 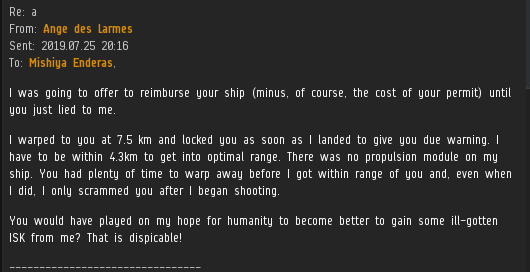 Alas, the miner ruined it for himself with more lies. 'Twas a tragic situation all around. Hopefully, though, it is one that all the rest of the unlicensed miners will learn from.
Posted by MinerBumping at 06:05