Previously, on MinerBumping... Highsec miner William Rageclaw raged and clawed against the Code. But Agent Alt 00 refused to allow an anti-Code resistance movement to take root in her beloved Nakugard system. So she stood up for truth and justice. 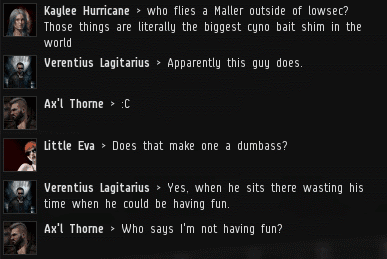 For a time, William quieted down. Nakugard's lively social scene flourished once more. 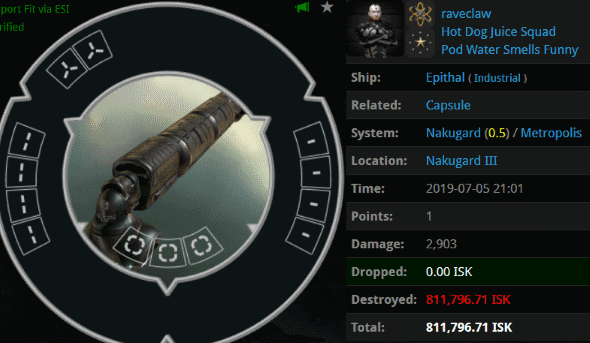 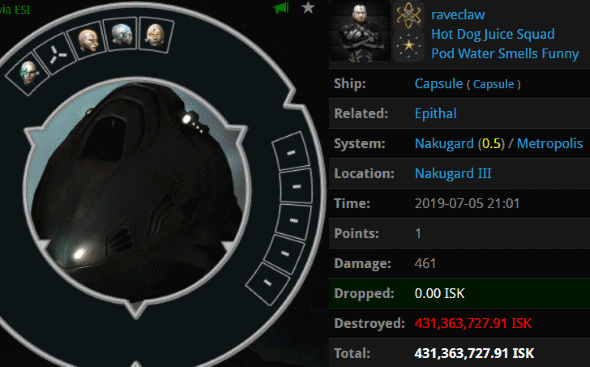 ...After which she sunk her teeth into the Capsule left behind. The kill was a triumph for the Code, so Alt decided to celebrate.

William bristled, souring the mood in local. Then our Agent noticed the similarity between the name of the ganked hauler pilot and that of the grumpy carebear. 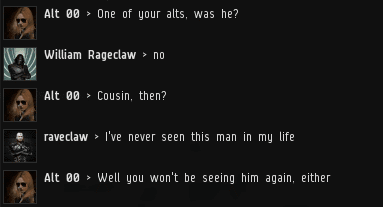 Both William and the hauler pilot adamantly denied that there was any link between them. Our Agent remained on her guard, though. 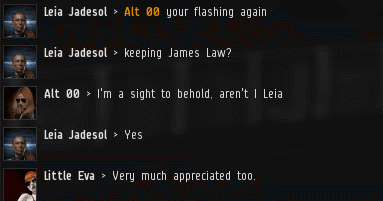 The Gallant citizens of Nakugard ignored William's grumblings and congratulated their favorite Agent on a good kill. Hearts and minds. 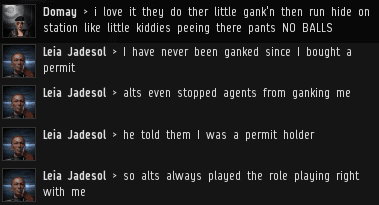 Leia Jadesol sang the New Order's praises. She was a strong advocate for permit ownership--but some doubted. 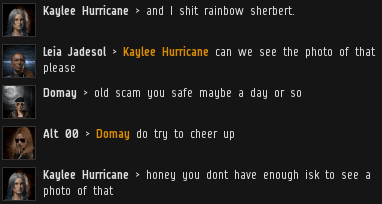 Not everyone in Nakugard had embraced the Code yet. Those who were discontent were beginning to speak up. Was this William's influence? 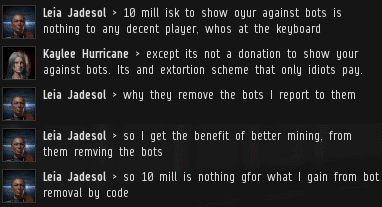 Leia made a compelling case that everyone miner who isn't a bot-aspirant benefits from the Code. Unfortunately, highsec has its share of bot-aspirants, and they constantly lobby against the good things that our Agents do. Just as Agent Alt 00 was making Nakugard comfortable for permit-owning miners, another angry carebear emerged: DeMoNSpiKe. And he seemed to sympathize with William's point of view. 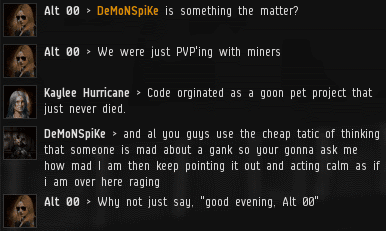 The miners of Nakugard grew restless. Alt 00 could only conclude that William's rebellious outburst in local had sparked something among his fellow miners. Would our Agent be able to put down this resistance movement before it spread to other systems?