Previously, on MinerBumping... Tensions rose in the Nakugard system after William Rageclaw publicly challenged Agent Alt 00's authority. If the situation continued to worsen, Nakugard would be faced with a full-scale rebellion. 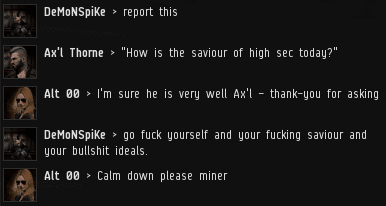 DeMoNSpiKe was the latest miner to threaten the tranquility of the system. They seemed to be popping up one after another. 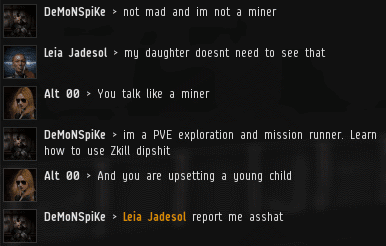 For some reason, each rebel seemed to be irrationally gripped with a hostility toward the Code. It was as if they felt they'd been wronged by the New Order. Yet they all denied that they were miners. 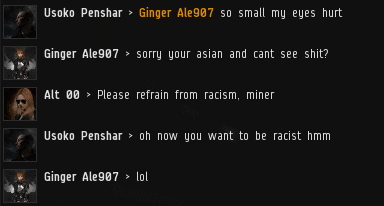 As soon as Alt 00 felt like she was making progress with one miner, a new one spoke up. Now our Agent had Ginger Ale907 to contend with.

Like the other rebels, Ginger showed no regard for the Code. The civility of Nakugard society was crumbling. 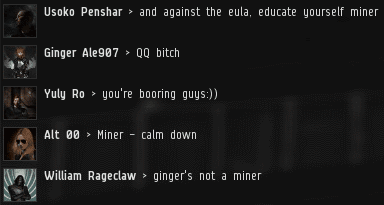 After being silent for a time, the rebel leader spoke. William claimed that Ginger was not a miner. But how would he know? 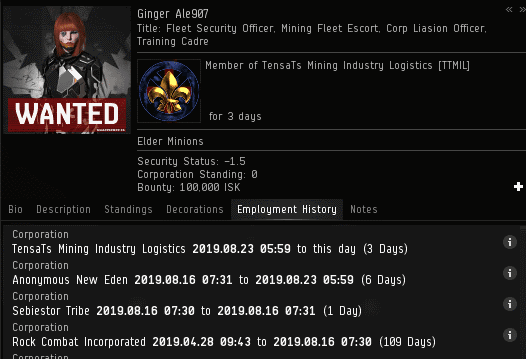 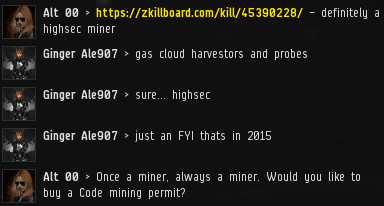 Alt 00 was confident that Ginger was indeed a miner--just like all of the other mouthy anti-Code folk who were disturbing the peace in Nakugard.

The rebellious chattering grew into a roar. A mob was forming. Its target: Agent Alt 00 and her Code. 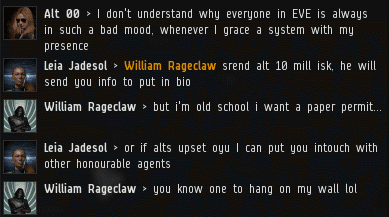 Our Agent didn't lose her confidence or her composure. She'd gotten out of tighter spots before. 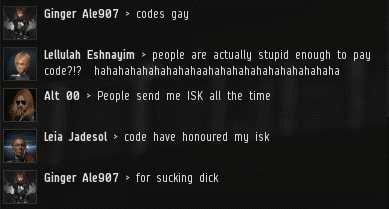 Permit-owner Leia Jadesol's calm voice rang through. She knew that if the present turmoil continued, it would only be the miners who would get hurt. 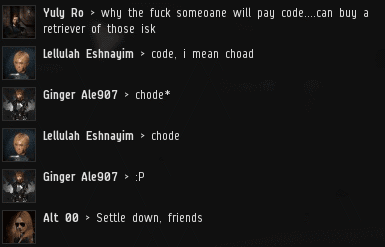 Agent Alt 00 considered her next move. She wanted to restore peace to Nakugard--but how? 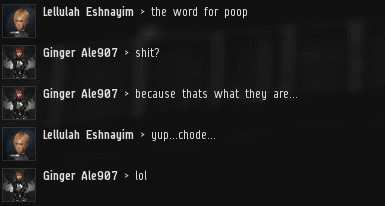 The fires raged. 'Twas a demonstration of a simple truth: Once one anti-Code miner starts barking in local, it sets off everyone in the neighborhood.

William surveyed the scene. He had inspired a movement. But to ensure the downfall of the mighty CODE. alliance, he would need to defeat Alt 00 in combat.