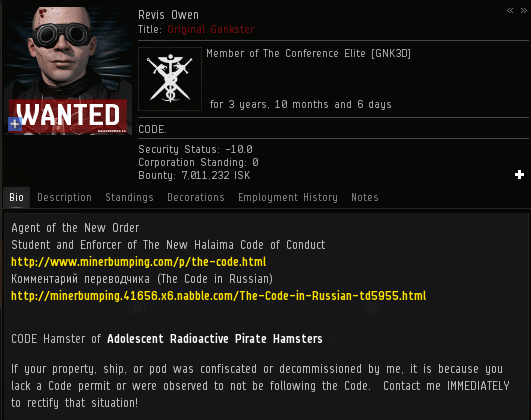 When you're an Agent of the New Order like Revis Owen, you see a lot of nasty stuff in highsec. If you enforce the Code for a long enough period of time, you run the risk of becoming desensitized to it.

...And that goes double for the miners, who spend all day wallowing in their own filth. Mandrast Learth couldn't imagine why anyone would want to gank his ship: 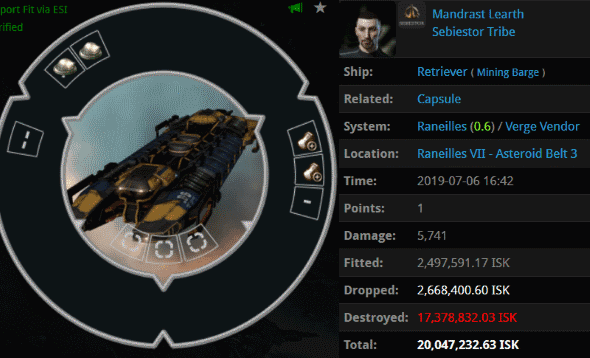 Mandrast undocked in this and thought to himself, "This is fine. No one will want to attack me if I fly this."

A 13 year-old account? I guess that narrows it down. It's hard to claim "new player" status when you started playing EVE when some of your fellow players were still toddlers.

Predictably, Mandrast claimed to be a new returning player. But I wasn't exaggerating about the effect of the passage of 13 years. Since he last played, Mandrast had raised up the next generation of highsec miners in his family. 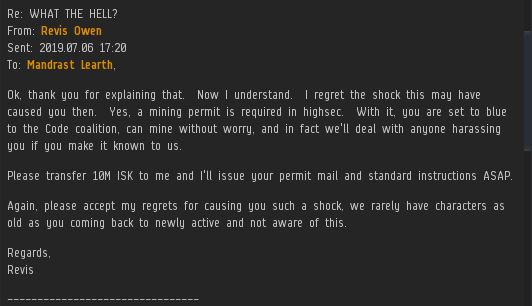 Some might be alarmed by the prospect of AFK miners reproducing in this fashion. However, Revis saw an opportunity: Selling two permits at once. He offered his most polite, sympathetic sales pitch.

The miner remained focused on isk. 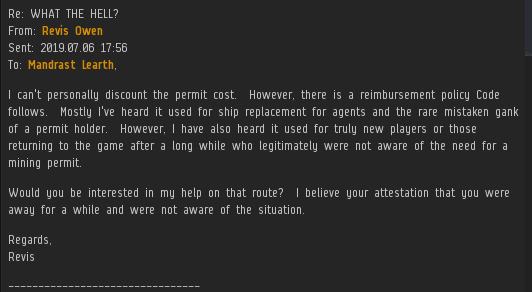 Luckily, Agent Revis had a response prepared and ready to go.

Upon receiving this message, Revis breathed a sigh of relief. Mandrast wasn't the type of miner to throw his son under the bus. Instead, he showed genuine concern for the little carebear cub. 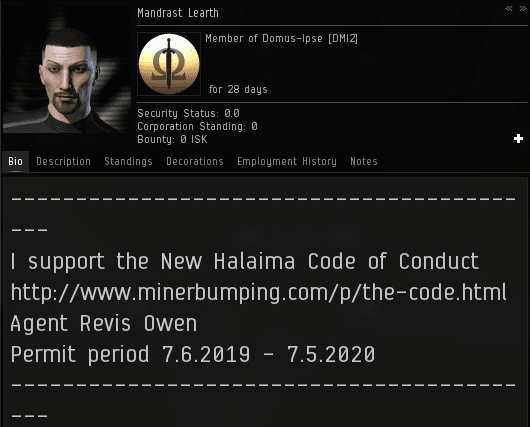 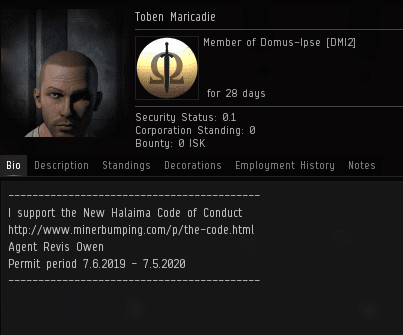 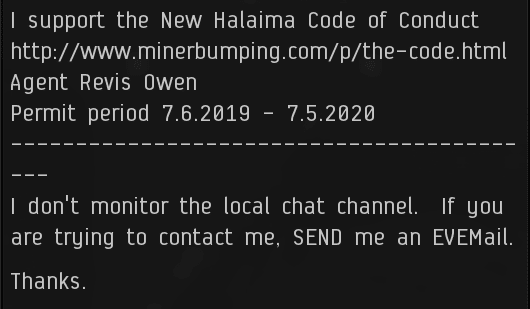 Nevertheless, Mandrast's profile contained a red flag. As Agents of the New Order, we can only hope that each generation is more Code-compliant than the one that came before.
Posted by MinerBumping at 18:02