Good EVE players should have good standards. We can all agree on that, right? The only question, then, is what the standard should be. It's an easy question, because there's only one standard that has ever been offered by any serious person: the standard provided by the Code. The alternative is to wind up like one of the Gobloks seen below, from the week of August 18th @ 00:00 EVEtime through August 24th @ 23:59 EVEtime: 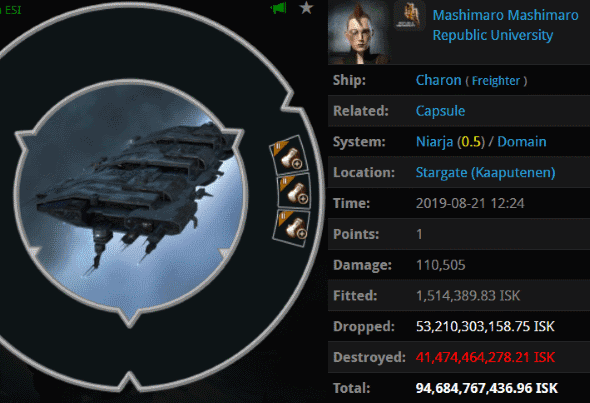 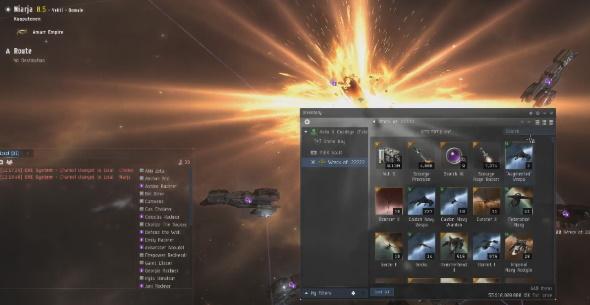 You can watch the Rackner family finish off the freighter in this Twitch clip.

I must say, attempting to move an unlicensed 94.6 billion isk freighter through Niarja was not Mashimaro's finest moment. 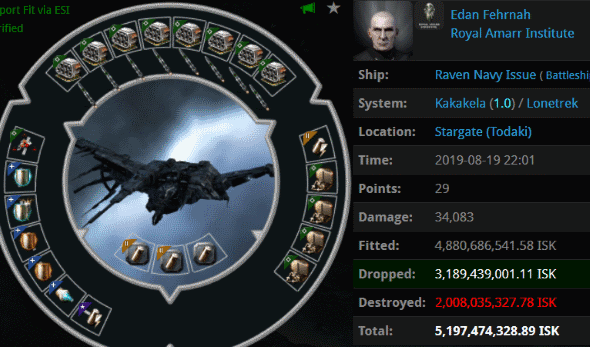 KILLMAIL
Now that we've all recovered from the spectacle of the blingy freighter, we can relax and take in totally normal sights like a 5 billion isk battleship being ganked in a 1.0 security system. Edan Fehrnah might have looked like a madman some other week, but at least he didn't lose nearly 100 billion isk. Agents Anya Kovalsky, Narl' Amhar, Astrid Tyrfing, and Votre Dieu unleashed their Tornadoes upon the bot-aspirant Raven Navy Issue and collected a nice bit of loot. 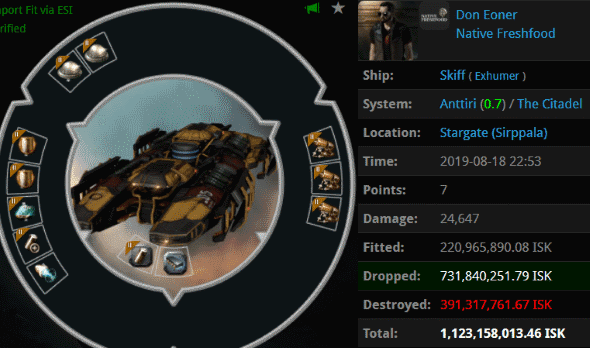 KILLMAIL
Don Eoner is one of those miners who genuinely believes that Skiffs are ungankable. What else can explain his decision to pilot an almost entirely untanked mining ship worth a billion isk? Agents Votre Dieu, Narl' Amhar, and Astrid Tyrfing blapped the Skiff while it was autopiloting through highsec. At least he wasn't mining.

Don was afraid that once he started mining, someone might gank his blingy drones. So he kept an extra dozen in his cargo bay--leaving a nice present for our gankers. 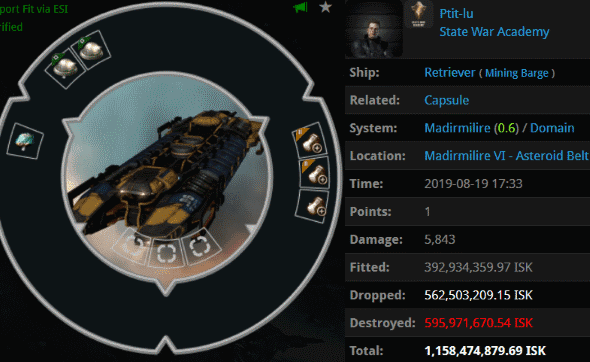 KILLMAIL
Ptit-lu is the answer to a riddle: When is a blingy Retriever worth more than a blingy Skiff? He equipped some ORE Strip Miners and, like Don, kept some extras in his cargo. Agent Pod-Goo RepoWoman wiped them all out with a single Catalyst. The Retriever was anti-tanked, after all. 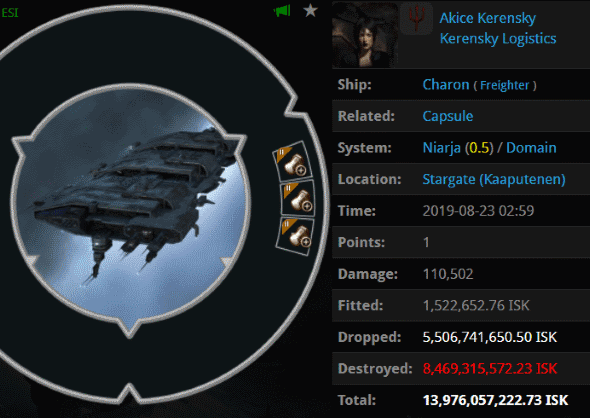 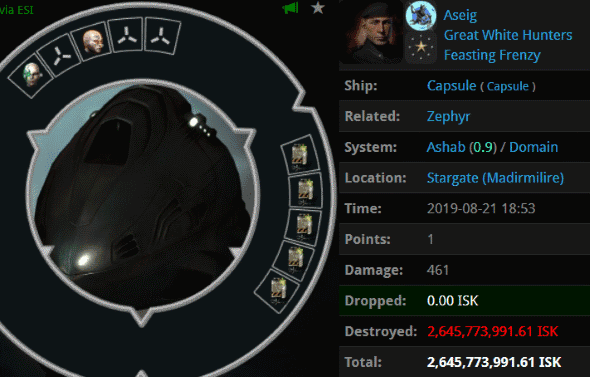 KILLMAIL
We don't often see Zephyrs on Kills of the Week posts, but Aseig's Zephyr contained a juicy egg. Agent Pod-Goo RepoWoman took a break from ganking blingy Retrievers to perform the task that gave the Agent her name.

Carebears, why rely on blingy implants? You don't need to hide behind them. What are you so afraid of, anyway?
Posted by MinerBumping at 20:05