Whatever the Opposite of Blackmail Is

A miner accuses an Agent of only caring about himself and getting money? Talk about projection. 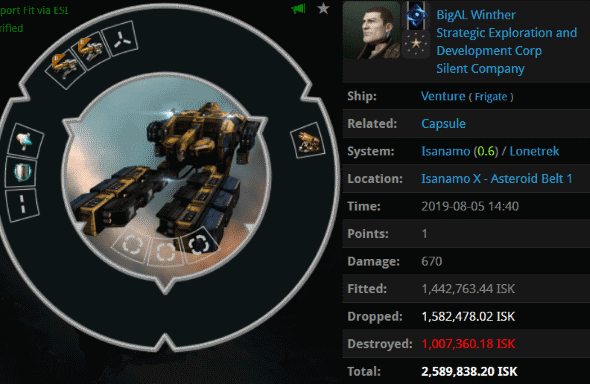 BigAL Winther tried to get away with violating the Code, but he failed. BigAL's life of crime was a dumb idea from the start. It was only a matter of time before our Agents came knocking. 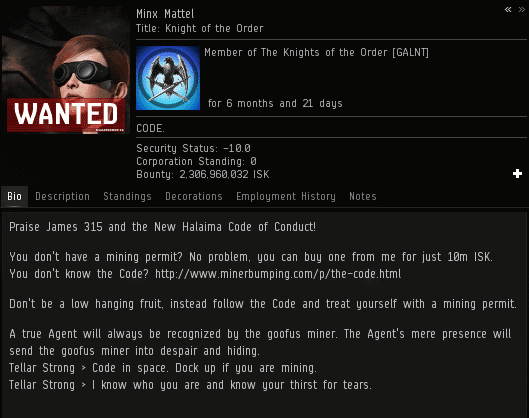 Agent Minx Mattel has made a career of bringing bot-aspirants to justice. She fears nothing.

Minx was eager to get the miner a permit. Based on her experience, she knew that if BigAL resisted, there was a greater likelihood that the miner would wallow in self-pity and rants about "new players". 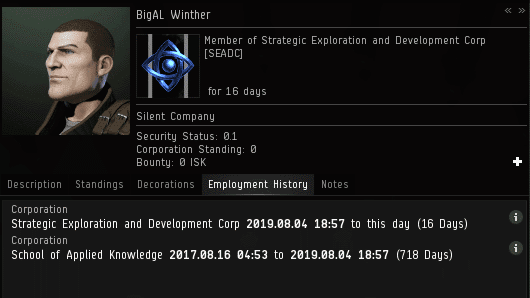 (In case you were wondering, BigAL started playing EVE nearly two years before he lost his fail-fit Venture.)

BigAL belonged to an alliance with nearly 7,000 members. Naturally, it was up to our Agent to teach him the game and talk him out of quitting. BigAL's "friends" were nowhere to be found.

A lot of miners talk about "the principle" when refusing to buy a permit. Or they accuse our Agents of "harassment" and "extortion". Presumably all of this blackmail stuff was in the same vein.

More than anything else, BigAL feared being trolled. Actually, though, it was BigAL who had essentially baited Agent Minx into ganking him.

When miners talk about themselves, they tend to confess their crimes. Without any prompting, BigAL admitted that his other account was even older--and that he had plenty of experience with losing mining ships. "New player" indeed!

Minx spoke nothing but sweet reason. If this miner was acting in good faith, what else could he do but comply?

BigAL made confession after confession. He admitted to having plenty of money to buy a permit. He openly declared his bot-aspirancy by saying he couldn't pilot a Venture outside of highsec (despite the fact that CCP deliberately created Ventures for mining outside of highsec). BigAL even conceded that the New Order wasn't breaking the rules. But the old miner stuck to his guns on the "new player" nonsense, despite being a 2-year player who had an even older main account.

No wonder BigAL accused Minx of blackmail: The miner's conscience was completely weighed down with guilt! Alas, he would not accept the freedom of the Code.
Posted by MinerBumping at 18:01