Previously, on MinerBumping... Highsec miner William Rageclaw flew into a rage when Agent Alt 00 ganked someone else's blingy Mackinaw in the Nakugard system. Our Agent urged William to calm down--but the rebellious carebear insisted he was fine. 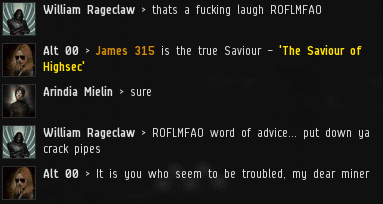 Agent Alt 00 has found that artwork--good artwork--can sometimes have a calming effect on miners. But if anything, seeing a portrait of the Saviour of Highsec only made William even more unsettled. 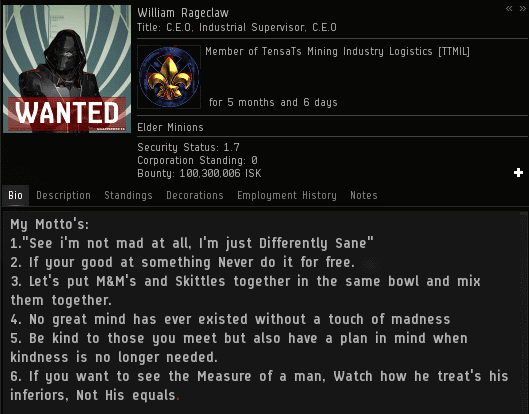 As it happened, the troubled miner was actually the CEO of his own corporation. What sort of corporation, you ask? 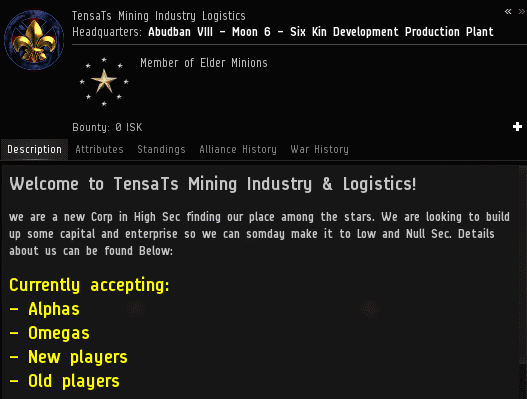 ...Exactly as you'd expect. William's corp was of the "maybe we'll leave highsec someday" variety. As if teaching people to mine AFK somehow prepares them for life in null--and only if you do it long enough. Needless to say, carebears in such corps stay in highsec until they quit the corp or, more likely, quit EVE. 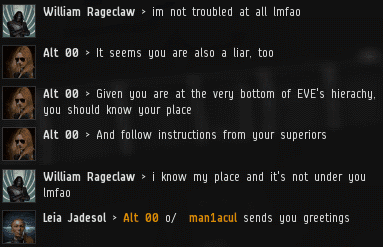 Happily, Leia Jadesol entered Nakugard and paid proper respect to our Agent. Maybe Leia would be a good influence. 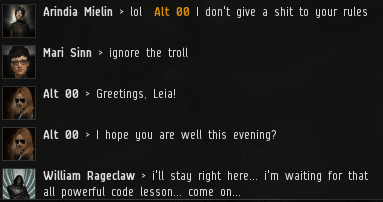 Unfortunately, there were also some crabby miners in the system who supported William's cause. 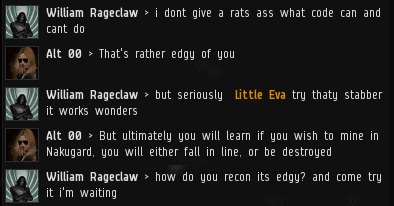 Hoping to rescue William from his self-destructive tendencies, Alt 00 warned him of what was to come. But the miner was confident in his Orca's EHP. 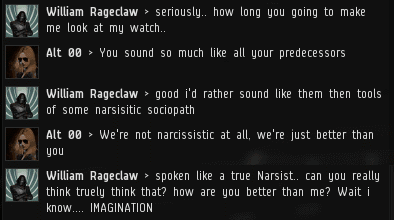 At an absolute minimum, Alt 00 was superior to William when it came to spelling. 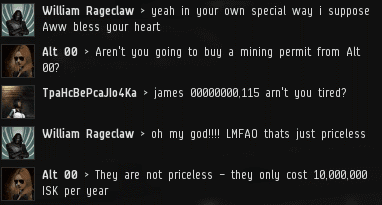 For just 10 million isk, the miner could begin the process of not making a fool of himself. The price was too high for someone as greedy as William, though. 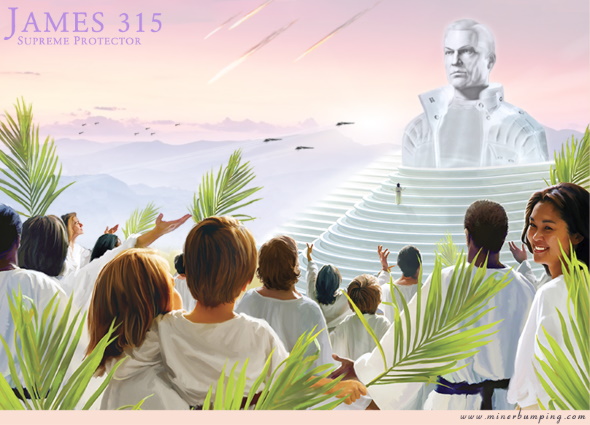 Our Agent once again called upon the power of her paintbrush. 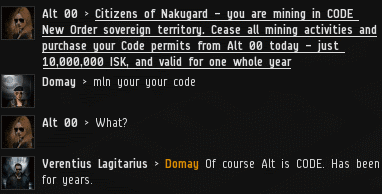 William went silent for a moment, perhaps taking time to admire the artwork created by his nemesis.

The miner did review the art, but his twisted soul could not comprehend it. 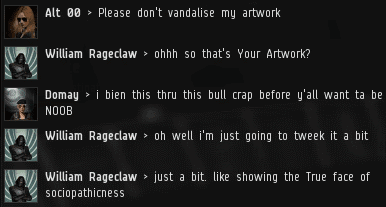 Though they call themselves "industrialists", carebears are incapable of creating anything of their own. They are creatures of rot and decay. 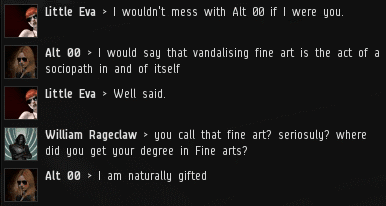 William revealed himself to be a barbarian. He valued neither culture nor civilization. Luckily, Alt 00 stood ready to defend both.