A Most Educational Channel, Part 2

Previously, on MinerBumping... Anti-Code rebel Zacharen Andromalis accidentally invited Agent Lewak to his "Mining Tutorial" channel. Zacharen was trying to use the channel to teach miners not to buy permits, but Lewak learned that the rebel was growing disillusioned with the effort.

While Lewak was speaking with Zacharen, the rebel invited Sharkbite to join the channel. 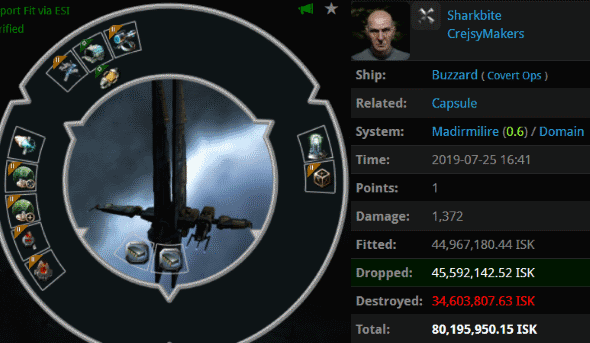 Sharkbite had just been ganked while in a covert ops frigate. Apparently Zacharen was using the mighty CODE. alliance's killboard to find people to invite to the channel. 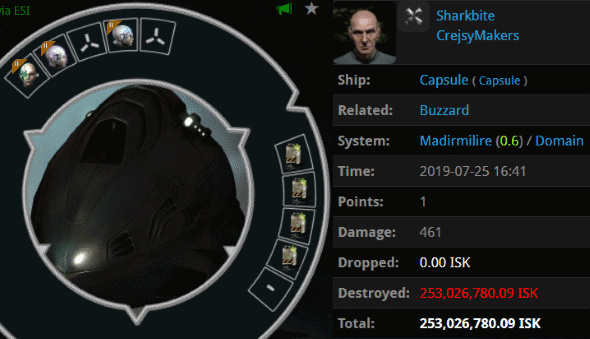 Agent Aaaarrgg was the ganker responsible for the Buzzard kill. Aaaarrgg quickly followed up the attack by popping Sharkbite's 253 million isk pod, too.

Realizing what was happening, Lewak decided to intervene by arranging for Aaaarrgg to join the conversation. It was a public channel, after all.

Our Agents soon came to dominate the conversation. The "Mining Tutorial" channel was being repurposed for a worthier cause.

Zacharen tried to regain control by interjecting some comments about how mining permit isk supports ganking. But he didn't exactly make it clear that funding Catalysts was a bad thing.

Sharkbite had been ganked only moments before, yet he couldn't help being drawn in by the Agents' magnetic charisma.

Zacharen was speechless. Clearly, the Agents of the New Order knew something about leadership that he did not.

Our Agents also know something about the Code... 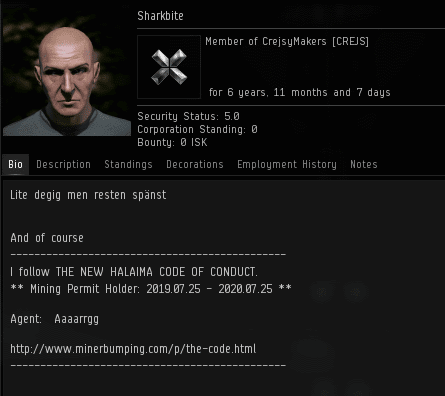 Sharkbite was ganked by Aaaarrgg and invited to join a channel designed for the purpose of discouraging people from buying permits. Once there, he was persuaded to buy a permit from Aaaarrgg. That's karma in action. 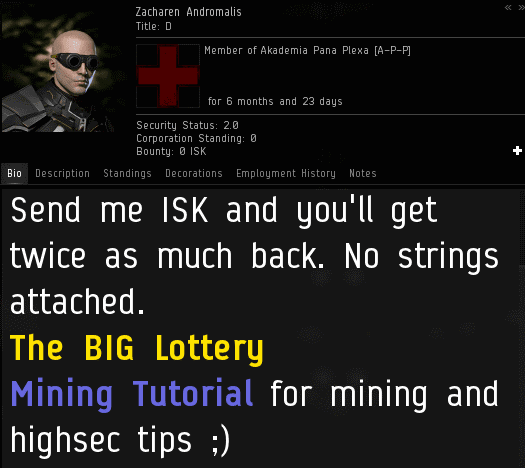 Inspired by the example of our Agents, he expanded his EVE activities.

When good people do good things, good things happen. And why not? Highsec is worth saving, after all.
Posted by MinerBumping at 18:01