EVE Will Disband Before We Do 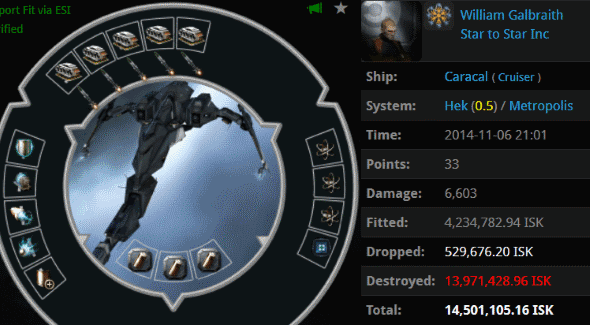 William Galbraith had a problem. Multiple problems, actually--and they all stemmed from his refusal to obey the Code. As a direct consequence, he kept losing ships like this Caracal.

Time and time again, the mighty CODE. alliance brought William Galbraith to justice. But he refused to see reason.

Instead, he went to sleep. As the years passed by, he occasionally dipped his toes into EVE, but only for a moment. Then he would sleep again. In 2019, the miner returned to EVE, where he indulged his nostalgia in a supremely fail-fit Retriever. Guess who was waiting for him? 'Twas CODE.

Agent Aiko Danuja learned of the destruction of William's Retriever when she and a few friends destroyed William's Retriever. She decided to investigate. As a witness, she was pretty sure what had happened, but she wanted to hear from the miner. 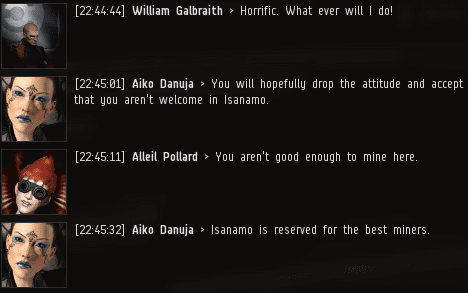 Agents Aiko and Alleil Pollard didn't know William's history. Nor did they care. What mattered was William's present--and the threat he posed to the integrity of highsec. 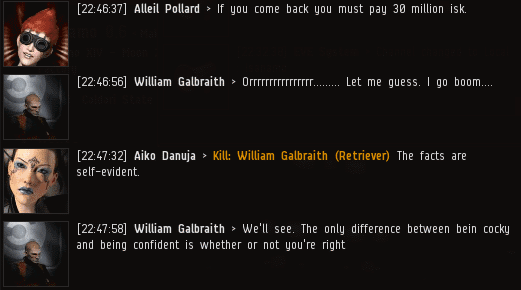 What was this miner's deal? So far, his motives were shrouded in mystery. But it was only a matter of time before he confessed. 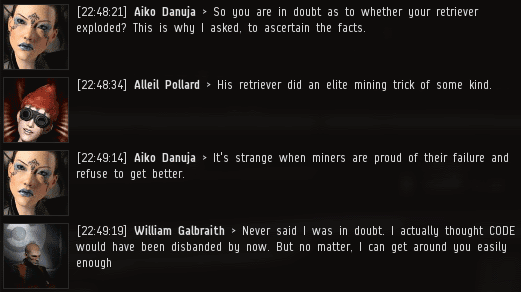 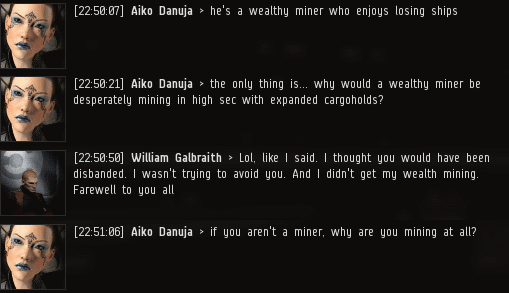 Like so many other miners before him, William had assumed that the Code was a passing fad, a mere blip on the radar. From the very beginning, plenty of CODE.'s enemies have shared in this delusion. But no matter how long they stay away from EVE--no many years they sit out, waiting for us to leave--they always return to a highsec ruled by the New Order. 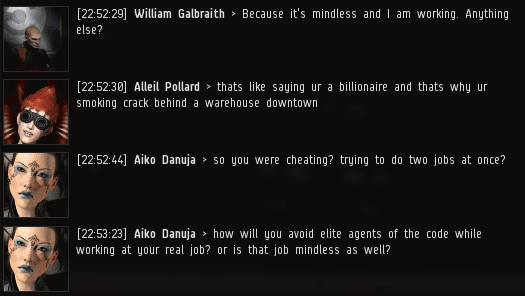 Our Agents could've gloated; they'd certainly earned the right. Instead they chose to help the lost miner find his way. With their compassionate assistance, perhaps he could become a productive citizen in highsec and/or real life.

Alas, William wasn't interested. In fact, he was probably already plotting to quit for another five years and wait for CODE. to die. 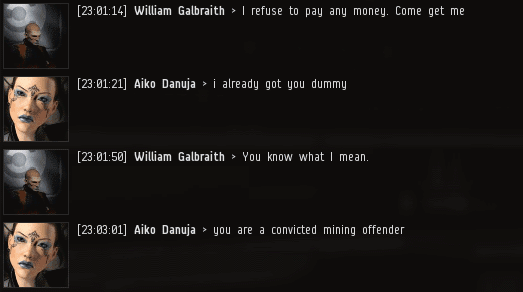 The same can't be said for cargo-expanded Retrievers, though.
Posted by MinerBumping at 18:01