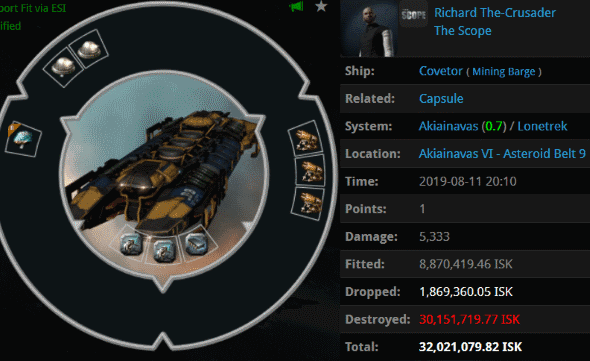 Oh, dear. Another unlicensed, untanked miner. I wonder what the excuse will be this time?

Richard The-Crusader was caught violating the Code. By the time Richard returned to his keyboard, he had his story all lined up.

The miner threw his son under the bus in record time. And he certainly wasn't the first to do so. 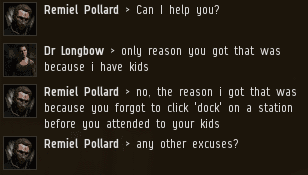 In fact, it's quite common for a highsec miner to blame his children for a gank...

...Even newborn babies are not immune from this sort of treatment. 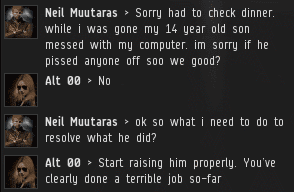 Sometimes, one can't help but wonder whether the only reason carebears have children is so that they have someone to blame for their Code violations.

Nevertheless, the sins of the father must be dealt with. That's where our Agents enter the picture.

Our Agents noticed that Richard asked a lot of questions. Maybe he was stalling.

Richard's son was a lowly miner, but Richard himself--if his "main" ever made itself known--had powerful friends in nullsec: The dreaded Fraternity. alliance. Scary!

The miner stepped on one Miner Bingo square after another.

Whether or not he actually had any children, Richard most definitely had some crazy ideas in his head. Our Agents prepared themselves for what could be their greatest challenge yet.