Previously, on MinerBumping... After a herculean effort, Agent Alt 00 managed to restore order to the Nakugard system. But when William Rageclaw learned of a MinerBumping series being posted about the incident, the New Order faced new threats from the rebel.

William was in no mood to negotiate--or so it appeared. Some Agents considered that perhaps the rebel leader was using hardball tactics.

William signaled that he was unwilling to participate in any further negotiations. But when William began spamming the comments section of various MinerBumping posts, our Agents got an idea.

They had a challenge for William. 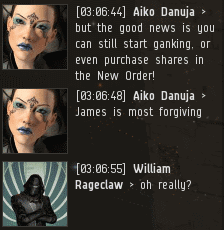 The proposal was simple: Walk a mile in an Agent's shoes. William was invited to engage in the activities of a typical Agent of the New Order. The Agents strongly felt that if William could see life in highsec from their perspective, he would change his mind about the Code. Though skeptical, William knew that he had not yet experienced every corner of the EVE sandbox, so he accepted the challenge. 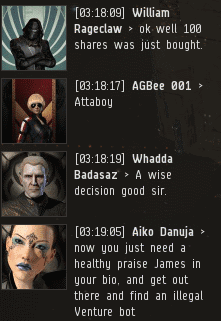 So what do the Agents of the New Order do? A lot of things. From the time he'd spent in other games, William realized what he'd been given: It was a quest. 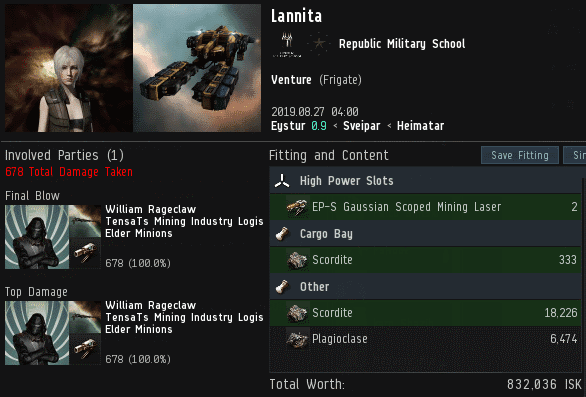 William went hunting for an AFK miner with a bot-aspirant fit. The Agents had told him that highsec was filled with such villains. Were they telling the truth? It didn't take the questing knight long to find one. When he did, he ganked it. 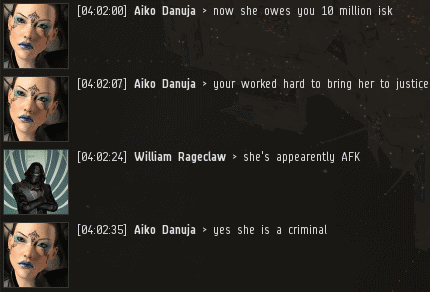 William did not hesitate to open fire on the Venture; nor did he feel remorse about the gank. He could see that the miner was not making a good faith effort to play EVE. The gank was deserved. 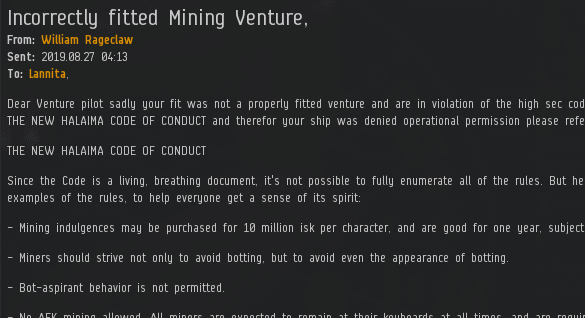 Each moment that passed confirmed what William already suspected: The miner was deeply AFK. Shaking his head, he sent the Venture pilot a copy of the Code. William had seen that the Agents were not lying about what was going on in highsec. But would he feel differently the next day? 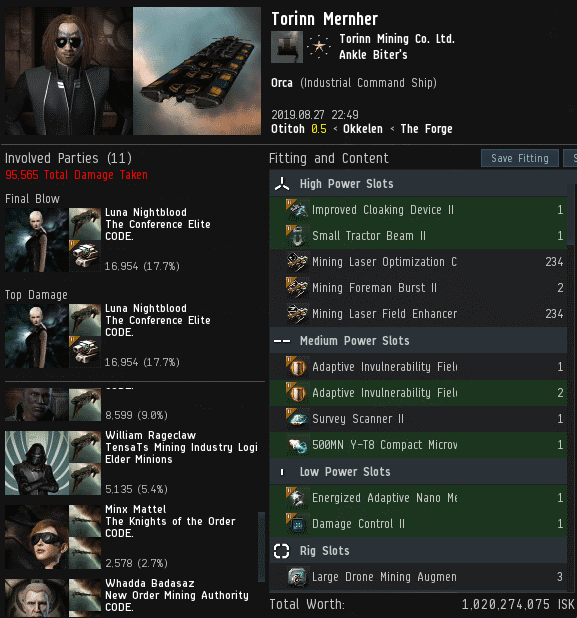 Having ganked a Venture, William developed a curiosity about the taste of bigger prey. But to destroy a beastly Orca would require much greater firepower. So William got himself into a gank Talos and joined a whaling fleet. They succeeded in taking down a billion isk Orca.

William continued his quest. Eager to try his hand at selling a mining permit, he got his chance when Agent Guybertini ganked an unlicensed Mackinaw. The miner spoke only Russian, so William had to improvise. 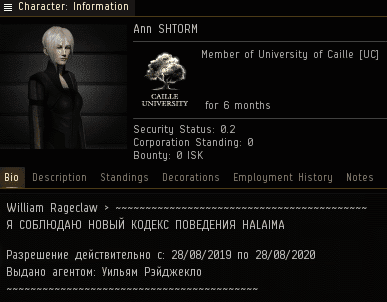 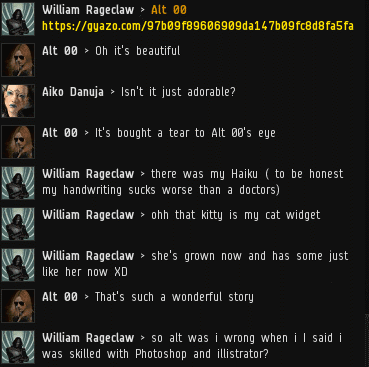 Agents of the New Order are invariably well-rounded individuals; they're Renaissance men and women. William had done well in combat and permit-selling--could he succeed in the arts? 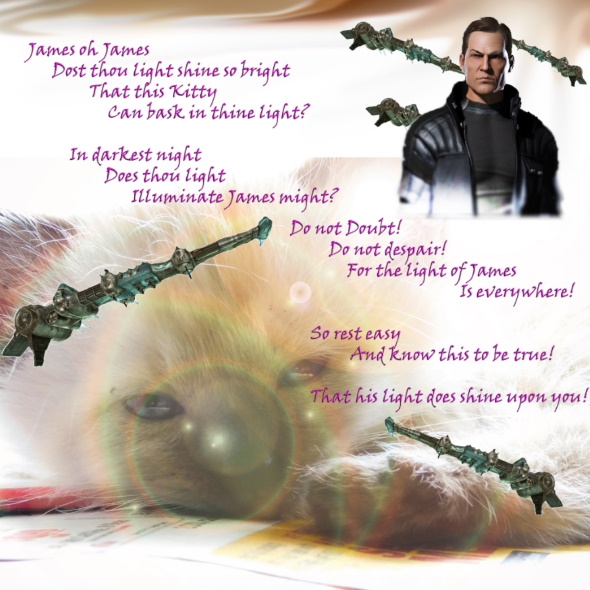 The former rebel allowed his creative juices to flow. 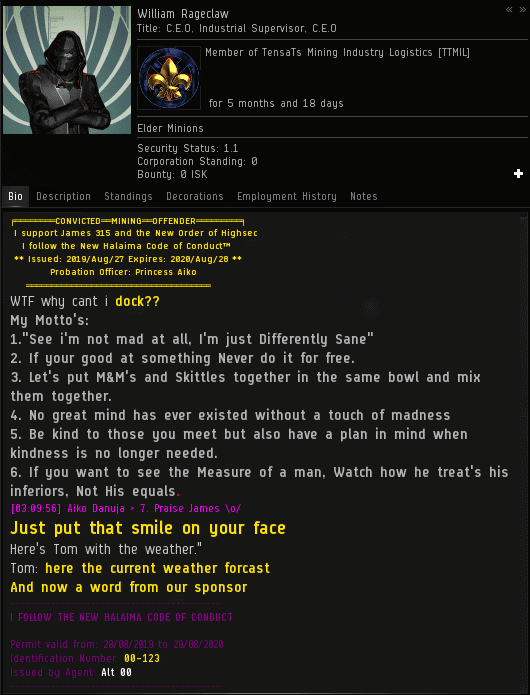 The quest had left William a changed man. He had discovered a good many things about the Code--and the Code was a good thing indeed. Among its many virtues: The CODE always wins. Always!
Posted by MinerBumping at 18:05