We've come a long way, haven't we? In the beginning, the carebears said, "If we ignore all of those Code people, they'll go away." Now the carebears say, "Those Code people are making everyone quit the game." A false statement--but still progress. From the week of August 25th @ 00:00 EVEtime through August 31st @ 23:59 EVEtime... 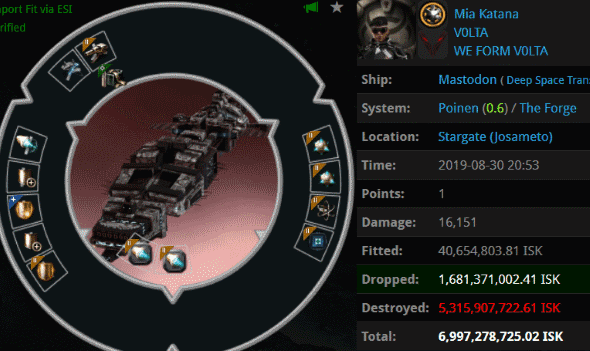 KILLMAIL
When bot-aspirants like Mia Katana stuff 7 billion isk into a Deep Space Transport, they raise a question: What's the difference between a blingy freighter and a blingy DST? The answer: Fewer Agents are required to successfully gank the DST. Nevertheless, Agents Miner Slayer, Ralliana, zjio1, MAGAMED maga, Luna Nightblood, Underpaid Ship Mechanic, zino4ka, and ZJIO brought in an impressive amount of firepower when they ganked Mia's Mastodon. 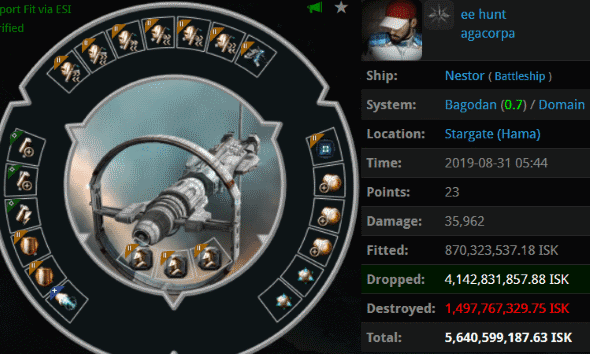 KILLMAIL
Apparently ee hunt felt a strong compulsion to remote-rep someone. But considering that he was in a 5.6 billion isk battleship, maybe ol' ee hunt should've been more concerned with his own reps. Agents Ukira Kunero, Rante Charante, Ariku Orenuk, and Vlada Inkunen had no trouble eliminating this carebear. 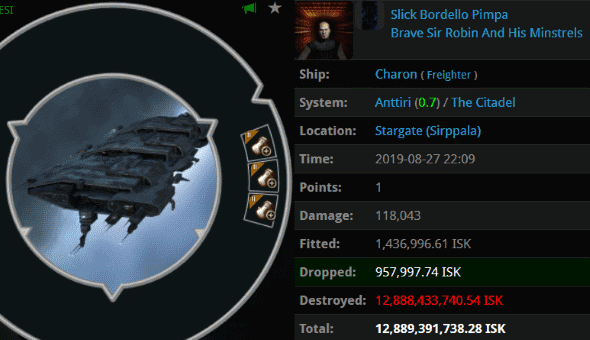 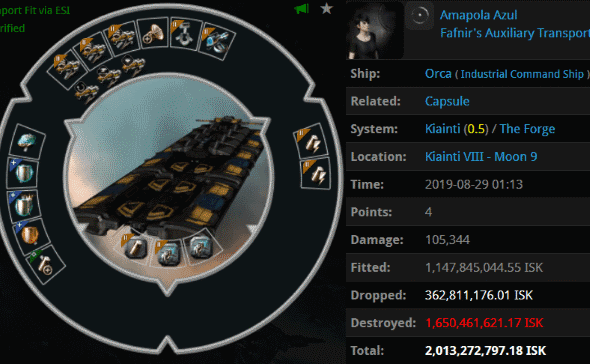 KILLMAIL
Orca miners are never up to any good; they love being AFK too much to add value to our precious EVE. The exception is when they explode, as Amapola Azul did when she got ganked by Agents Luna Nightblood, Aiko Danuja, Alleil Pollard, Super Perforator, Ralliana, Underpaid Ship Mechanic, Miner Slayer, Archbald Skags, and Whadda Badasaz. Nice capacitor tank, dude. 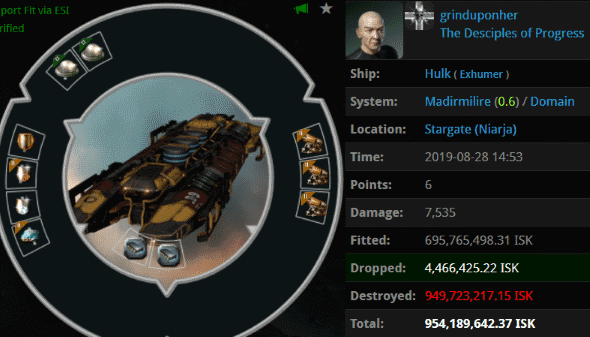 KILLMAIL
grinduponher was a creature of rebellion: Unlicensed Hulk, yield fit, blingy strip miners--the whole nine yards. He only added to the list of his crimes when he decided to autopilot his blingy Hulk into the Niarja pipe. Talk about a recipe for disaster! Agents Narl' Amhar and Votre Dieu shot him down like he was a freighter. 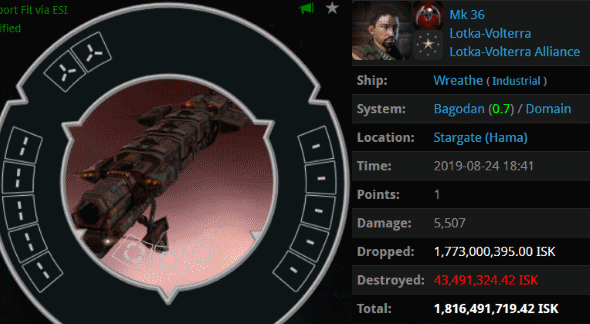 KILLMAIL
Late last week, Mk 36 was caught autopiloting a naked hauler through highsec. A single ganker was all it took to collect the 1.8 billion isk killmail, and Agent Votre Dieu happily collected.

Ironically, this tank-averse carebear had an interest in Procurers--a mining ship known for its potential for tank. The only way to resolve this paradox is to understand that Mk 36 was a Goofus in every way.
Posted by MinerBumping at 20:05