A ping rang out across highsec. 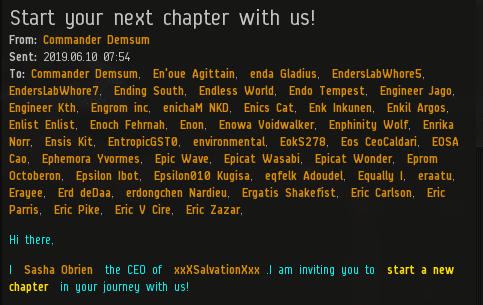 Someone working for the CEO of xxXSalvationXxx fired off a spam advertisement to everyone whose name she could scrape from local or public channels.

xxXSalvationXxx targeted every new player in sight and promised "benefits". Of course, the corp promised wonderful things to all of the non-new players, too. I mean, according to this EVEmail, everyone in EVE should join xxXSalvationXxx. There's really no reason for the game to have any other corporations, to be honest.

All of the familiar red flags waved proudly in the air. Was this another den of bot-aspirancy? 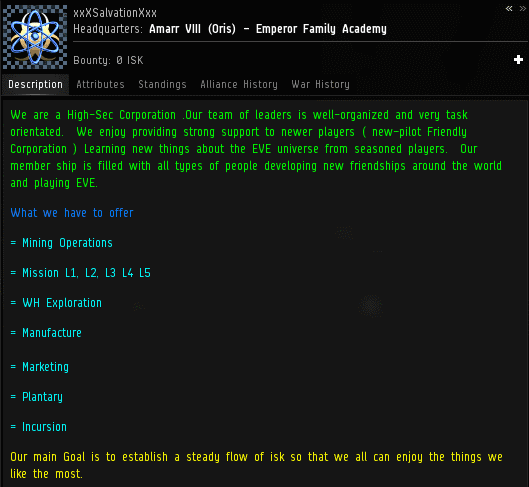 In fact, highsec is filled with corps just like xxXSalvationXxx. They welcome new and old players to do anything or nothing. All that matters is that the corp gets as many people as possible to join. 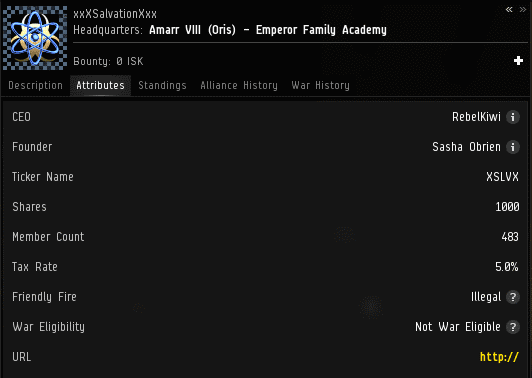 Most such corps fail immediately. But others grow at an alarming rate. Buoyed by the anti-awox and anti-wardec "features", xxXSalvationXxx quickly added hundreds of players to its ranks. 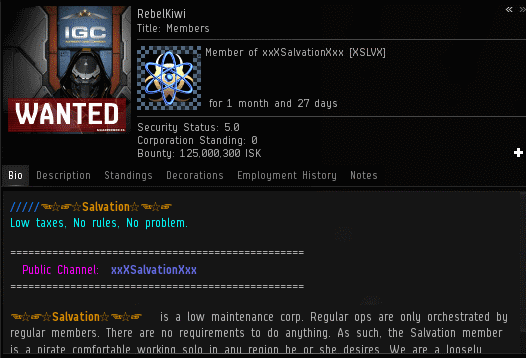 At some point after the previously posted spam advertisement went out, RebelKiwi became the CEO of xxXSalvationXxx. Who was she, and what were her intentions for highsec?

Later, the corp updated its description to make extravagant promises about its leadership and ever-present mentors. Surely this wasn't like all of those other carebear-exploiting corps that bring people in and fleece them for taxes--and ore at sub-Jita prices. 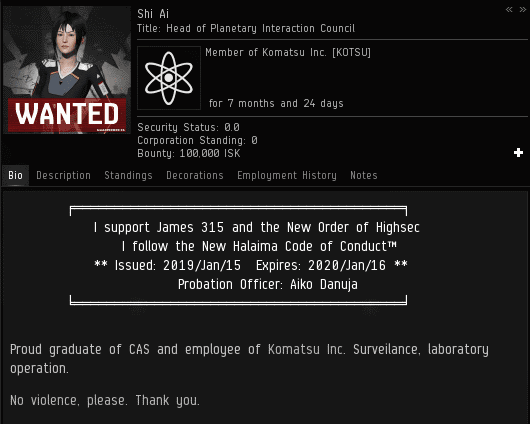 Highsec industrialist and permit-owner Shi Ai received one of the spam mails. Irritated and suspicious, she reported to xxXSalvationXxx's public channel to meet with one of the "electric mentors".

Aside from the automatically generated welcome message written by RebelKiwi, the channel was a tomb. Maybe everyone was AFK.

A sign of the times: People now threaten to report "griefers" to the mighty CODE. alliance.

Shi Ai was convinced that xxXSalvationXxx was engaged in mass-recruitment for the sole purpose of harvesting new players for taxes. The channel's janitor was uninterested in persuading her otherwise.

The conversation ended; the corp member said nothing to assuage Shi Ai's concerns. And so she decided to ask CODE. to investigate.