One of the most disappointing things about Code violators is that they're not nearly as cool as they ought to be. 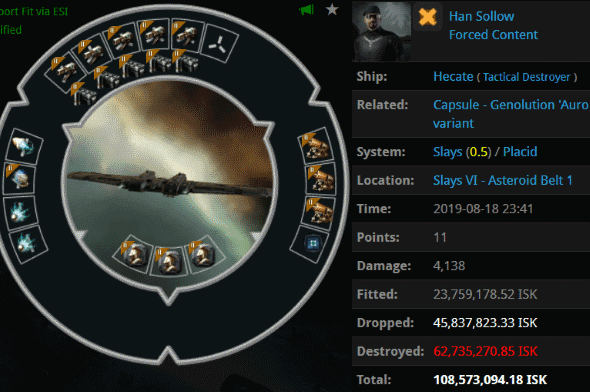 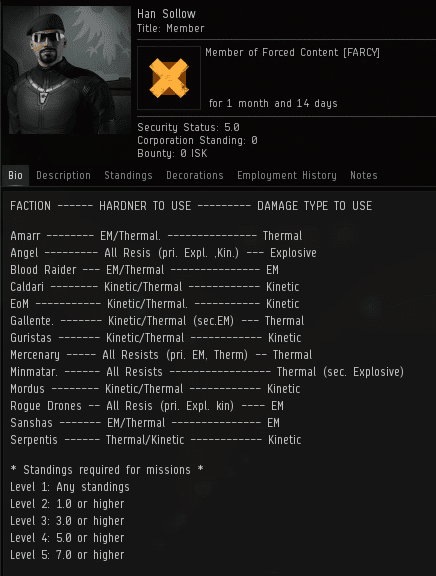 To Agent Revis' disappointment, the carebear's bio sucked. On the other hand, Han belonged to a corporation called Forced Content, which hinted at a healthier philosophy about EVE. 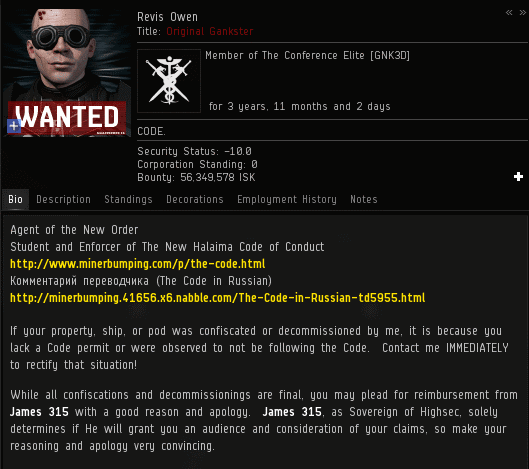 Our Agent (whose bio, in contrast to Han's, was excellent) had high hopes for Han. Maybe the carebear would wish our Agent well, apologize, offer a sincere "gf", and buy a permit?

Revis' heart ached when he saw that Han merely uttered an empty threat like any other bot-aspirant miner in highsec.

As disillusioned as Revis was, Han insisted that he was for real. He would make good on his threat in a hurry.

Our Agent expressed his disappointment in Han's failure. Rather than being inspired to implement positive changes in his life, Han actually grew more angry.

Agent Revis was no longer an optimist where Han was concerned; he saw everything clearly. Yet Han continued to put up a false front.

In speaking with bot-aspirants, our Agents "meet them where they are". On the other hand, our Agents are also firmly grounded in facts, truth, and reality. This necessarily creates a divide between Agent and miner.

And people say highsec is easy.

Slowly but surely, Revis pulled on the threads of Han's cocoon of denial. He forced the carebear to admit he had been defeated. This is an important process, because otherwise gank recipients like Han end up writing anonymous comments to the effect of "Code has never ganked me and never will!"

Revis scored yet another victory against Han, easily eliciting a full and complete confession from the Code violator.

After their final exchange, Han recoiled from the light of truth and scattered into the darkness like an absolute Goofus. Still, Agent Revis knew that if there was any hope for Han at all, he'd helped the bot-aspirant take his first step toward compliance. Never again could Han go AFK without first contemplating the possibility that Revis would return. Our Agent changed Han's life for the better!
Posted by MinerBumping at 18:02