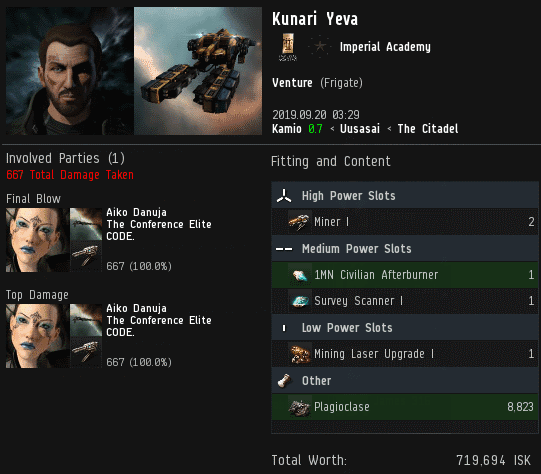 When a miner loses a mining ship, sometimes he'll rage. On other occasions, a miner may be more philosophical about the loss.

Sadly, one of the more common philosophies among miners is nihilism. 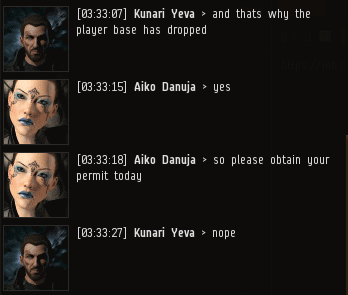 Despite being a newcomer, Kunari Yeva somehow knew to respond to the gank by voicing concerns about EVE's player retention rates. But Agent Aiko Danuja was prepared. She anticipated Kunari's reaction--and set a trap for him. 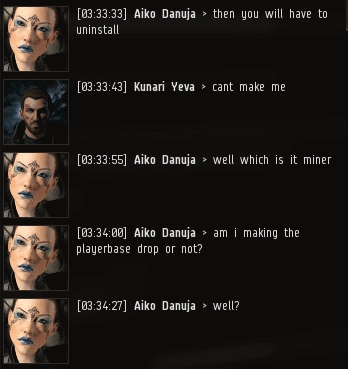 Less than 60 seconds after the miner invoked EVE's subscription numbers, Agent Aiko had him in checkmate. Kunari was stunned.

All of you new Agents out there, I hope you're taking notes. 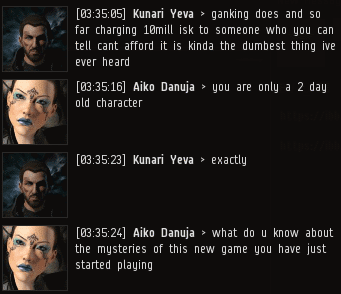 After Kunari collected himself, he spoke up--only to be outmaneuvered once again. Things were not going well for Kunari. 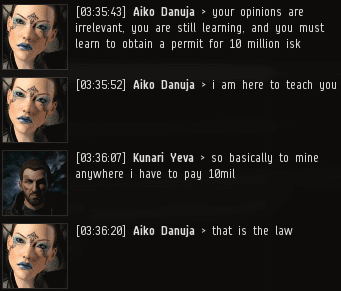 For the first time, the miner considered the consequences of the Code's permit requirement. Was it feasible for him to collect 10 million isk? 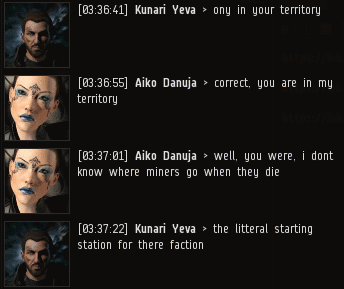 The miner had been podded back to where he came from. His prospects looked bleak. Yet Aiko was hopeful. 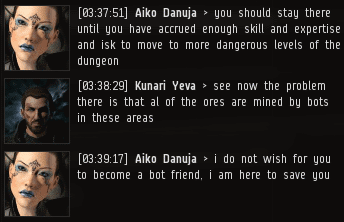 Without realizing it, Kunari laid out a case in favor of ganking miners in rookie systems. 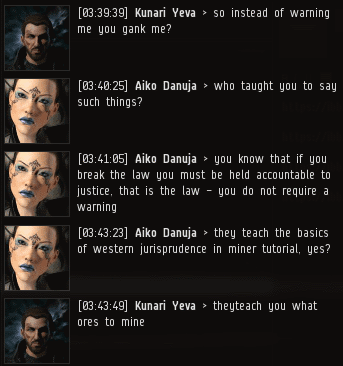 CCP claims that they plan to overhaul the new player experience again. I can only hope that the next version of the tutorial is better tailored to life in modern highsec. 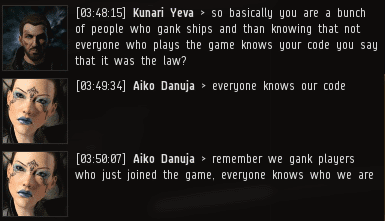 It seemed as though every time Kunari opened his mouth, he stepped on another landmine. 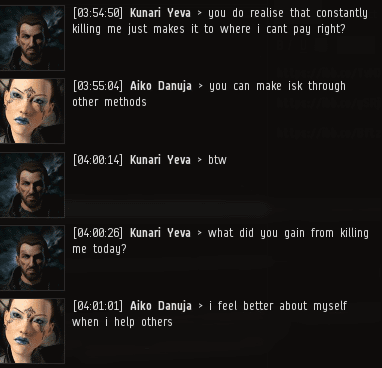 As it is written, "Although profit is a primary motive of my new business, I strongly believe that corporations should also seek to make a positive contribution to the community. I would like to think that I 'do well by doing good.'" 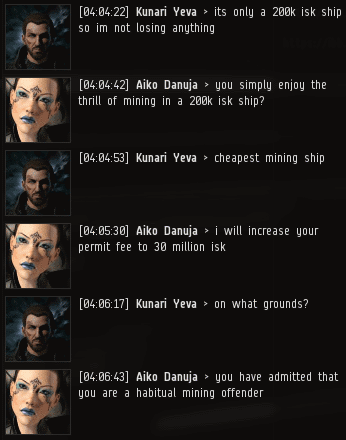 Kunari struggled to absorb the lessons that our Agent taught him that day. Two things he learned, though:

Better get a permit.
Posted by MinerBumping at 18:09