Previously, on MinerBumping... Agent Ilonna Renou confirmed that xxXSalvationXxx corp was engaged in the mass-recruitment of newbies in order to exploit them and encourage bot-aspirancy. And the leader of this 450+ member corp was a foul-mouthed Goofus named RebelKiwi. 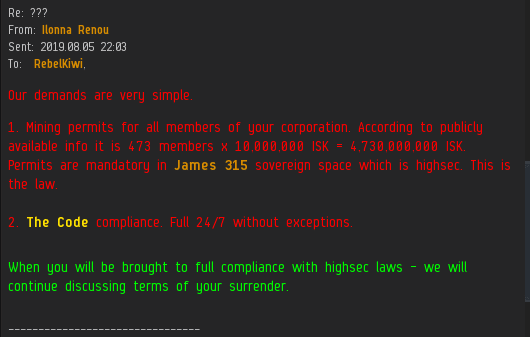 After RebelKiwi repeatedly sent her angry EVEmails, Agent Ilonna responded. Our Agent knew that invoking the Code might upset the carebear CEO, but she saw no alternative.

RebelKiwi recoiled, hissing at the very mention of the Code. What did she expect? 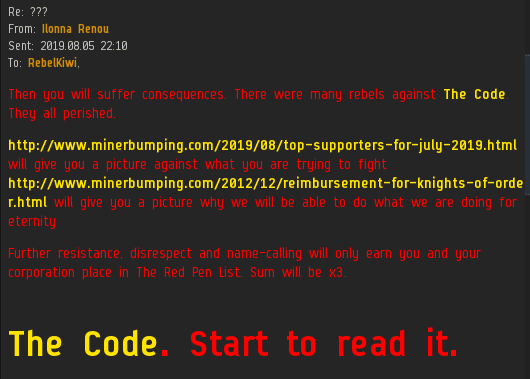 Negotiating with a Goofus can be difficult. Ilonna anticipated further resistance from RebelKiwi. However, our Agent wanted to give the miners every opportunity to do the right thing.

Agent Ilonna marveled at the fact that so many hundreds of highsec miners had chosen to follow someone like RebelKiwi. Meanwhile, the carebear CEO was working to encourage xxXSalvationXxx to resist the Code. Would it work? 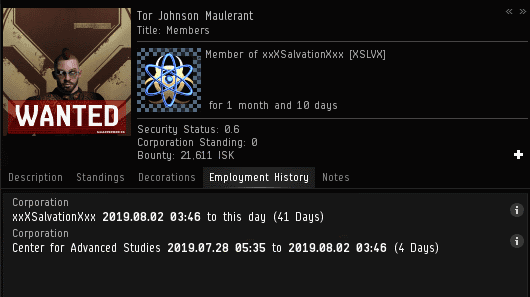 Tor Johnson Maulerant was typical of the line members of xxXSalvationXxx. He was relatively new to EVE, and he spent all of his time AFK mining in highsec. Worse than that, if he remained in the corp, he would continue to devote his EVE career to AFK mining. Corps like xxXSalvationXxx do not train their members to grow; they keep them down. 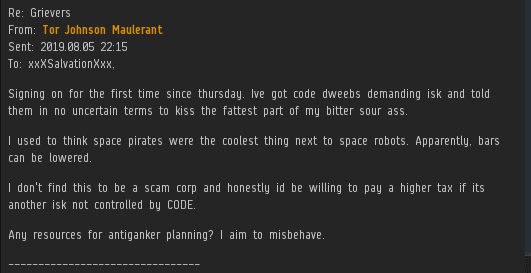 In response to the presence of our Agents, Tor was eager to fight back. But he didn't know how. He requested training and assistance from his hundreds of corpmates. As is typical of corps like xxXSalvationXxx, they provided him with nothing. A few hours later, Tor grew bored, gave up, and went back to AFK mining. 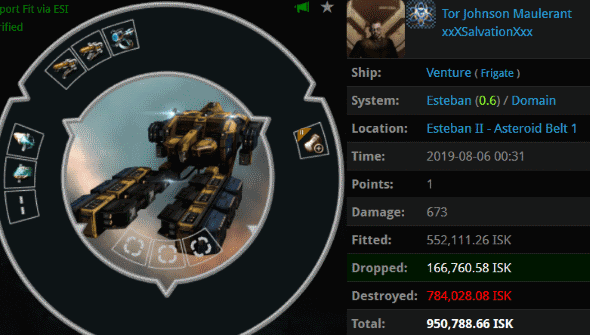 ...Whereupon he was ganked in his fail-fit Venture. 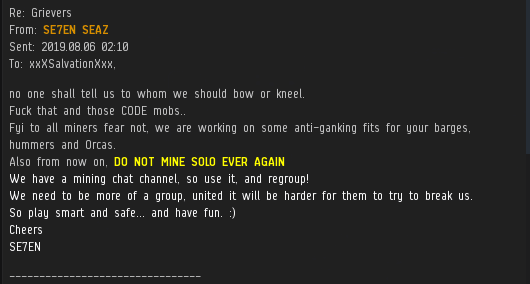 Another member of the corp tried to organize a resistance. His only idea was for the miners to group up--making it even easier for gankers to find targets. 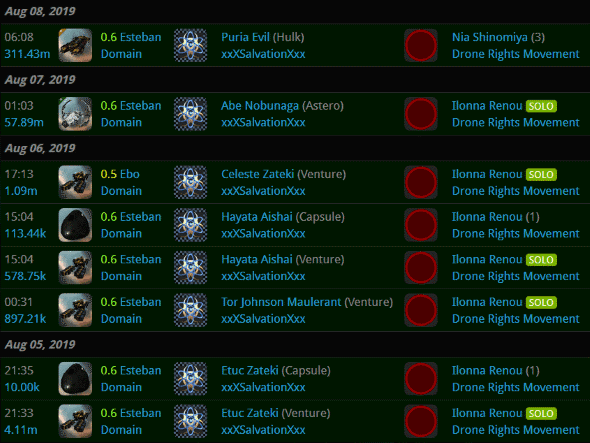 Agent Ilonna went on to gank the miners at will...

On occasion, members of the mighty CODE. alliance did likewise.

RebelKiwi didn't know how to lead her legions of highsec miners. So she did the next best thing: She foamed at the mouth. 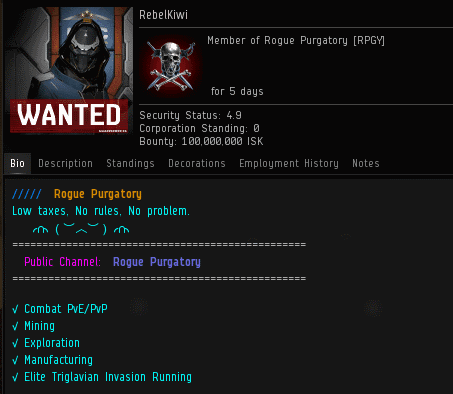 Unable to take the pressure of her grueling leadership responsibilities, RebelKiwi left xxXSalvationXxx in favor of another highsec carebear corp. And as for xxXSalvationXxx? It continues to engage in mass-recruitment in highsec. Our Agents are advised to consider their members unarmed and extremely bot-aspirant.
Posted by MinerBumping at 18:03