What, you may ask, is the point of doing something like this? 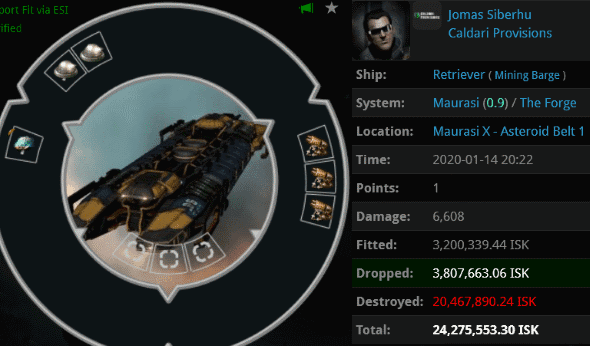 Jomas Siberhu was caught in the act of illegal mining. As a consequence, he lost his Retriever--and Retrievers are known to be high in salt content.

At first, Jomas appeared willing to learn. He even congratulated Agent Colonel Catpetter on the gank, though it was possible that the miner was being sarcastic.

Alas, Jomas could only conceal his inner Goofus for a few moments before the mask slipped.

Before long, though, the miner once again seemed receptive to the Code. Would Jomas actually buy a permit, or would he revert to a bot-aspirant state at the last second?

Unfortunately for Jomas, he continued to behave like a Retriever pilot:

The miner attempted to contain his rage while speaking with Colonel Catpetter. But even as they were speaking, Jomas spent a quarter billion isk on "revenge" bounties.

Worse yet, the miner used his compulsive bounty-placing habit as an excuse not to buy a permit.

Jomas was convinced that putting bounties on other players has a profound effect on them. He even believed that bounty hunters were a thing.

The miner was a bit surprised by Agent Catpetter's lack of concern about the bounties. Maybe the bounties weren't big enough?

A Goofus and his money are soon parted. But at least CCP profits from them occasionally. 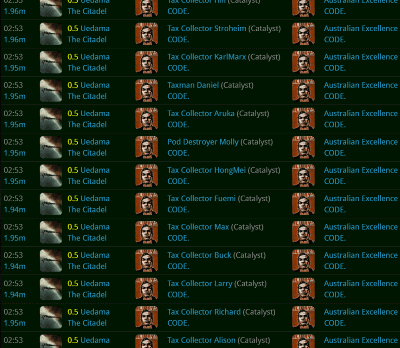 In fact, not only are bounties an ineffective means of opposing the mighty CODE. alliance; they're counterproductive. It is a well-known practice among some of our Agents to use a smartbomb when ganking in a large fleet. This enables the Agent to get on the killmails of all the CONCORDed gank ships--and collect bounties. That's why bounties placed on CODE. don't last very long; they're harvested by members of CODE.

Even weeks later, Jomas continued to make unintentional donations to our gankers through the bounty system. Silly miner. If he obeyed the Code, he could at least get credit for his contributions!
Posted by MinerBumping at 18:01