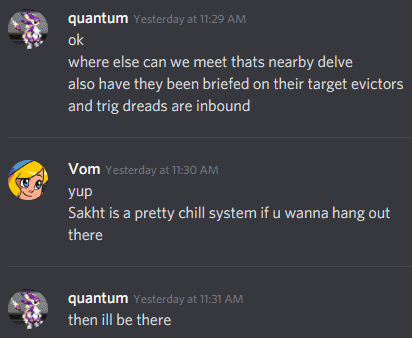 aiva prepared to organize another task force. This time, he would actually get to see and participate in a fleet battle. After all, it wasn't as though the Imperium FCs' cats would go missing every single time he wanted to play EVE. 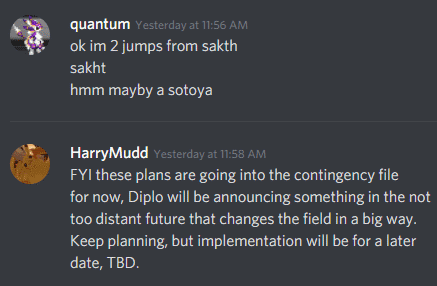 Just as aiva was about to get his moment in the sun, an important message came through from the Imperium's famous Corps Diplomatique. 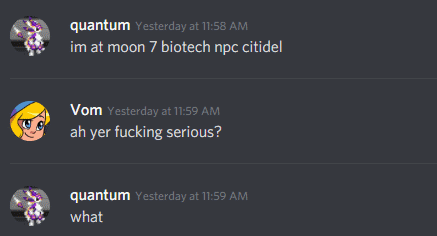 aiva was disappointed by the news that yet another invasion plan was being cancelled at the last minute. His colleagues absolutely shared in his frustration.

aiva's liaison with Corps Diplomatique assured him that big things were in the works. What the Imperium's leaders didn't understand, though, was that aiva had pulled off a brilliant infiltration of enemy space. It was a huge missed opportunity.

Nevertheless, aiva agreed that building up the Korean allies' industrial capacity was of paramount importance. It might even help aiva get his Nyx sooner. 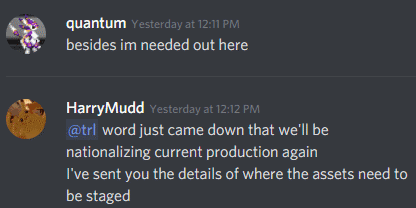 From time to time, aiva dropped hints that he was involved in activities unrelated to his work with the "council". It wasn't as though he spent all day chatting on Discord.

If aiva couldn't invade Test Alliance Please Ignore territory, then at least he could take possession of his long-awaited flagship. It felt like the Imperium's shipbuilders were taking forever.

Of course, the more cash they had available, the sooner they could get the Nyx out of the oven.

...Then again, maybe they were working on a titan instead of a Nyx.

Work on the titan and/or Nyx was underway once again. Meanwhile, aiva had finally figured out how to solve EVE's eternal N+1 problem. 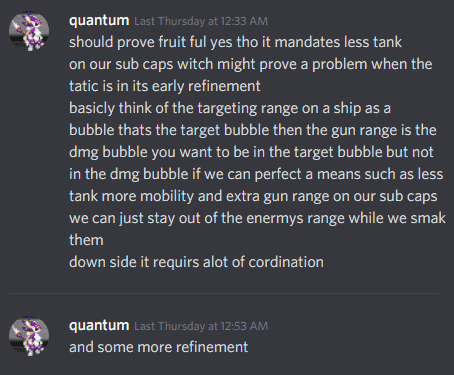 At times, it seemed as though the more money aiva spent on his titan/Nyx, the more his colleagues had to listen to his theorycrafting. 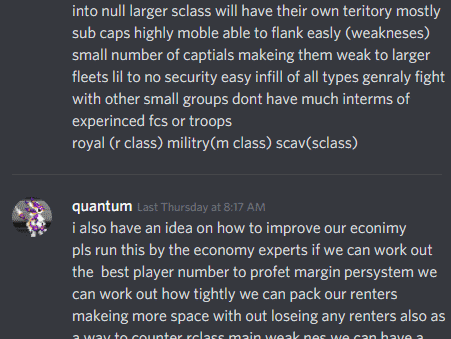 aiva may have been down another 2 billion isk, but he was full of ideas.