The Genesis of Compliance, Part 10

Previously, on MinerBumping... Highsec "industrialist" Aldus Laurent confessed that he had been justly ganked. But when Aldus refused to buy a mining permit, Agent Alt 00 challenged him to be generous in the spirit of the season. Aldus agreed, transferring two batches of isk to Agent Aiko Danuja.

Aldus gave money to an Agent of the New Order. So far, so good. Yet even this act was not without controversy.

Aiko had specifically requested a tip of 100 million isk. The Agents present all agreed that Aldus had failed to follow instructions. But Aldus--by way of crooked accounting--tried to argue that he had complied.

This is, of course, not the first time such a thing has occurred. The subject came up back in 2018 when a miner accidentally overpaid an Agent. And even that case cited precedent going back many years earlier.

Aiko knew her Code, and she knew that the miner had not delivered. Our Agents are savvy.

The answer seemed obvious: Aldus should transfer 100 million isk to Aiko. He hesitated.

The next time a cop pulls you over for speeding, try telling him that it was merely an "administrative error".

The miner was too greedy to part with any more of his isk. That was the bad news. The good news was that he fully accepted whatever consequences would come his way.

A lot of miners--too many--whine about not getting a warning before being ganked. Aldus, by contrast, went on the record: He was ready to accept punishment for his crimes. 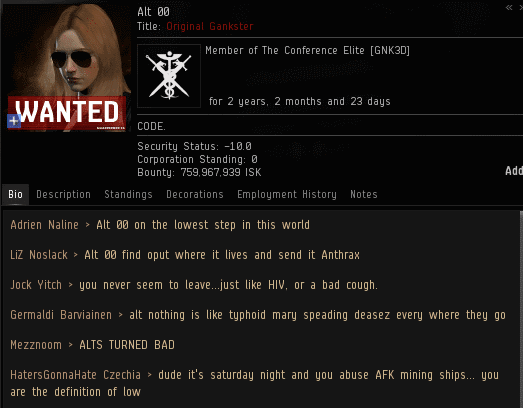 Agent Alt 00 smiled as she reflected upon her many adventures. She'd traveled highsec and done a heck of a lot of good for a lot of people. Now it was time for a victory lap. 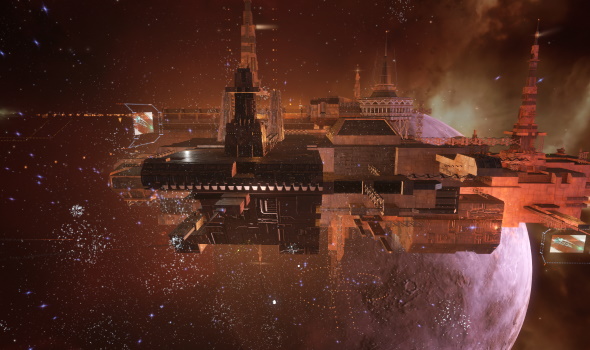 Alt 00 returned to the Hek system as a conquering heroine. She was triumphant. 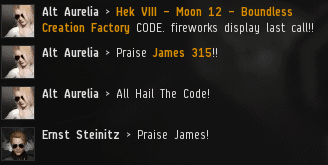 ...And every good triumph deserves some fireworks. 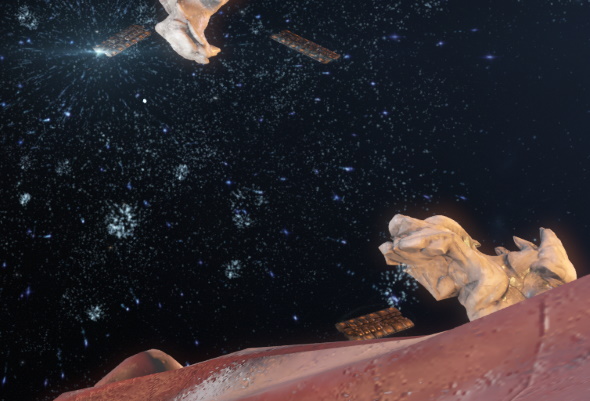 Our Agent arranged a brilliant fireworks display near a station in Hek. However, she also wanted to spread some joy in her beloved Nakugard. So some of her friends brought fireworks to the ice anomaly. 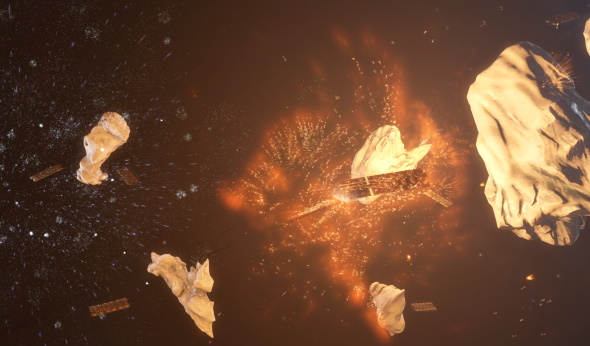 Orca miners in Nakugard noted the fireworks with suspicion. Those who were at their keyboards made excuses and departed the scene.

Hek and Nakugard bathed in the brilliant light of fireworks purchased with isk taken from bot-aspirants. 'Twas a fitting tribute. 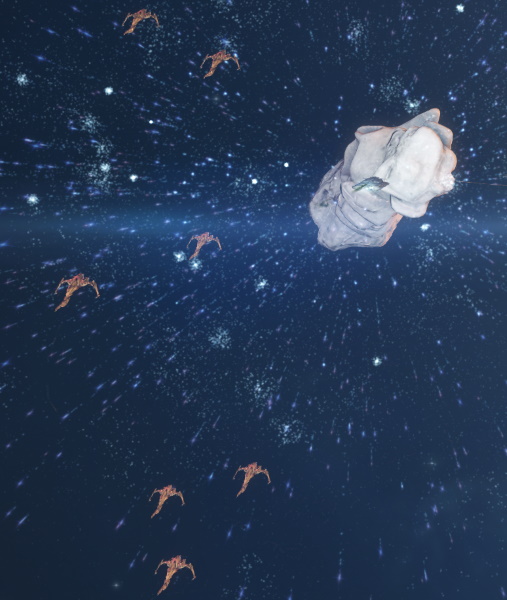 And, as ever, the festive explosions heralded more ganks to come. The year 2020 belongs to the Age of the Code.
Posted by MinerBumping at 18:03