Time for another edition of the Highsec Miner Grab Bag! 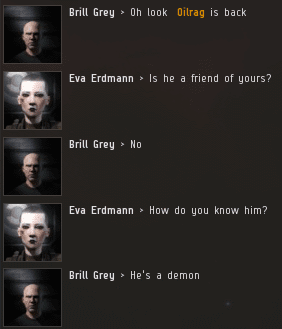 I say it often because it's true: Agents of the New Order are the rock stars of EVE. 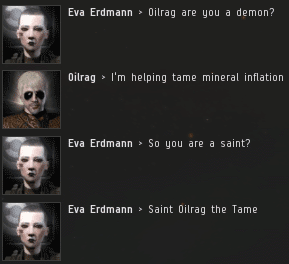 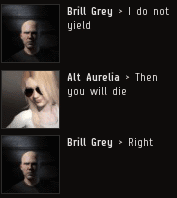 Highsec miners, on the other hand, are decidedly non-saints. And for all the time they spend hanging around asteroid belts, they're not rock stars, either.

To be an effective Code enforcer, you need to be a good fact-checker. Miners are constantly spraying their lies across highsec.

Truth does not come naturally to the highsec miner--yet another reason they need the Code so badly.

If you listen to the miners, you'd think spaceship combat wasn't meant to be a feature of this game. Do they think PvP is caused by some sort of bug?

"Wanted to make some money..." Remember when video games were about having a good time? If not for our Agents, no one in EVE would have any fun. 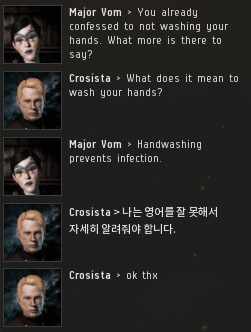 Our Agent is correct. I've been telling miners for years to wash their hands. From the New Order Bathroom Protocol, linked earlier:

There's a rumor going around that the coronavirus was originally spread by highsec miners who didn't wash their hands. I don't know if that's the full story, but it's a very interesting rumor and it lines up with a lot of things.

Follow the Code, folks. It could save your life as well as your ship.

Time flows differently in the mind of the highsec miner. According to Gram Grey, the loss of his Covetor set him back 5-6 months. But he also claims that he started the game only a few days ago. How long did it take to earn the isk for his Covetor, I wonder?

Apparently it's a crime to ruin CCP. I wonder how many devs are on the run from Interpol these days? Surely FozzieSov has to have gotten some people on a watchlist.
Posted by MinerBumping at 18:06