As long as there are non-compliant highsec miners, there will be Highsec Miner Grab Bags. Welcome to the latest one! 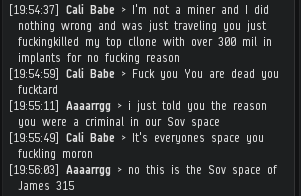 Cali Babe claimed that highsec is a free space for anyone to do anything--but she condemned our Agent for ganking her. Hypocrisy like hers is why highsec is governed by wise Agents and not foolish miners.

"I came back to the game to make cheap items for new players." I suppose we can add "lying to an Agent" to this miner's list of crimes.

On occasion, I receive unsolicited EVEmails from miners who wish to update me about their progress in EVE. peike claimed that his bio got him kicked from his corp. Let us examine it: 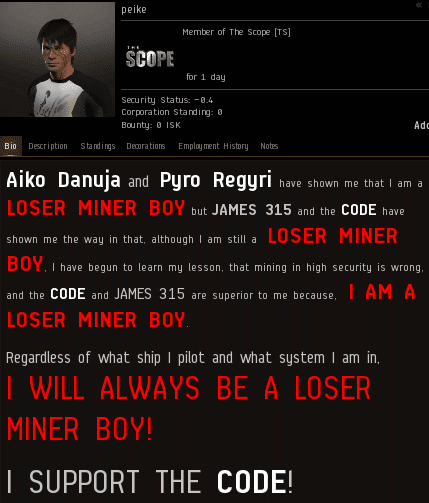 They'll kick people for any reason these days. I wonder what they found so objectionable?

Carebears sometimes accuse our Agents of trolling, yet it is the carebears who speak (and write) like trolls. 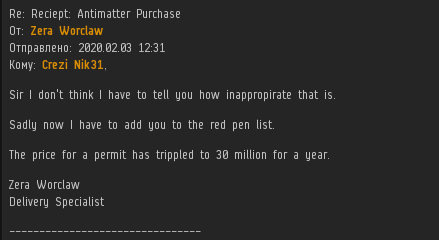 Someone ought to teach these carebears how properly to draft a reimbursement request.

Trax Estidal was stunned by the gank of his alt's blockade runner; he assumed that he was cloaked and invulnerable...

...But he wished our Agents success in the future. Carebears, be careful what you wish for--you might end up on the next Kills of the Week post.

"My laptop can't handle EVE, so it's faster to autopilot."

The Code's authority is not contingent on the performance of your laptop, miner. 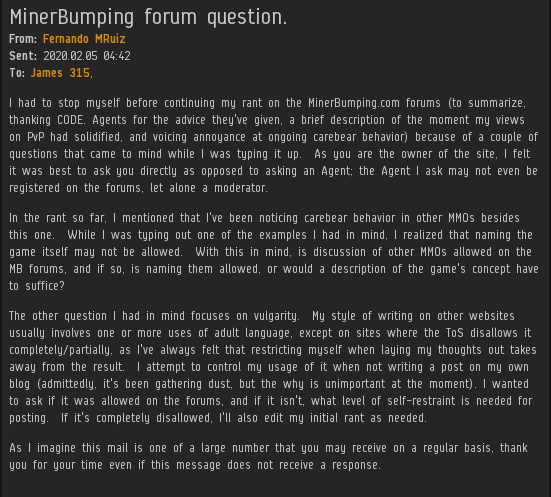 To be honest, you're probably overthinking your forum post.

Two people played EVE: Myogi Hanake and Agent Lewak. Myogi left, and then there was one. Is EVE still a multiplayer game?
Posted by MinerBumping at 18:02