It has been a dark time for unlicensed carebears in highsec. By contrast, for our Agents, it has been a splendid time. There is no darkness for our Agents; their path is illuminated by the explosions of the bot-aspirants they kill--and by the ever-brilliant light of the Code. It's enough to make you wonder why anyone would choose to be an unlicensed carebear. Like these Goofuses from the week of February 16th @ 00:00 EVEtime through February 22nd @ 23:59 EVEtime... 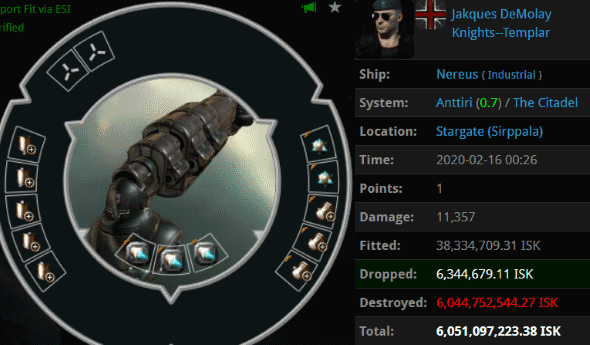 KILLMAIL
Take a look at this ship. Jakques DeMolay actually undocked in this, thinking it was enough to protect his 6 billion isk worth of cargo. In fact, he felt so safe that he activated his autopilot and went AFK. Agents Narl' Amhar, Astrid Tyrfing, and Votre Dieu had no difficulty bringing him to justice.

Oh no, all those surveys... 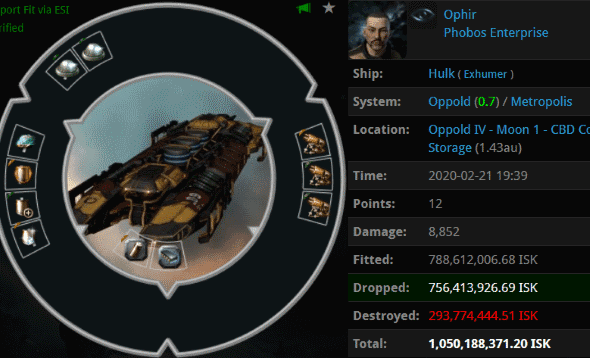 KILLMAIL
There's no place in highsec for the likes of Ophir. Not while he's traipsing around in a billion isk Hulk. Agents Alyth Nerun and Ima Wreckyou only needed to use two Catalysts to undo countless hours of Ophir's highsec mining. So much for all that traipsing. 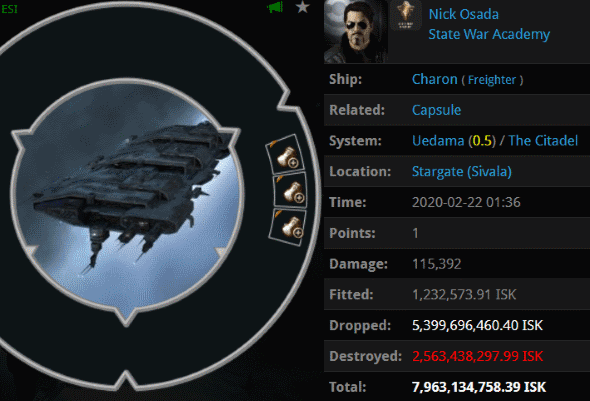 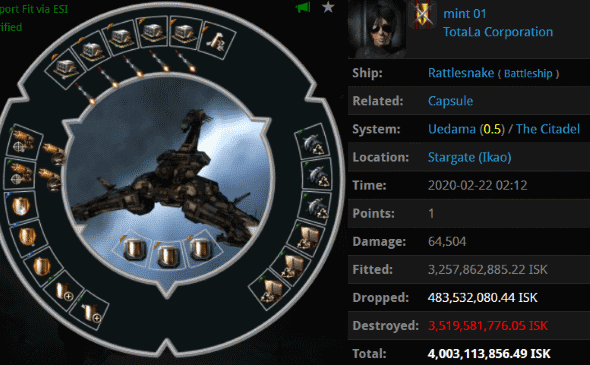 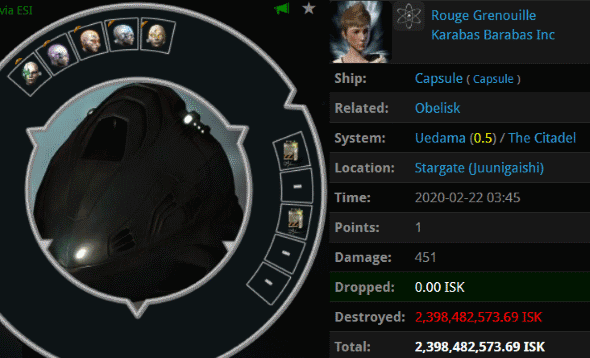 KILLMAIL
Rouge Grenouille was one of the many freighter pilots who got ganked in Uedama this week. Agent Australian Excellence was able to destroy Rouge's 2.3 billion isk pod before she awakened. This, obviously, provided further evidence of the carebear's crimes. And they were serious crimes, but... Here's the thing: Rouge's pod was not the Podkill of the Week. 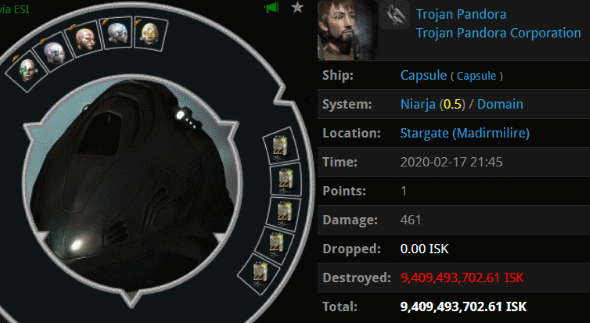 KILLMAIL
Egads! Trojan Pandora lost a jaw-dropping 9.4 billion isk worth of implants when his naked pod went AFK in Niarja of all places. As luck would have it, Agent Aaaarrgg happened to be in the Niarja system--the very same Aaaarrgg who has killed 15,000 pods on his main character alone. 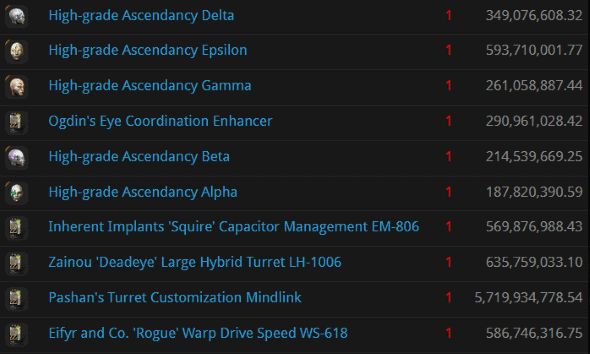 According to Aaaarrgg, this is the most expensive pod he has ever destroyed. This is a message to every carebear who has a Pashan's Turret Customization Mindlink: Our Agents are looking for you, and they will find you. Don't say you weren't warned.
Posted by MinerBumping at 20:01