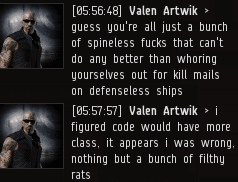 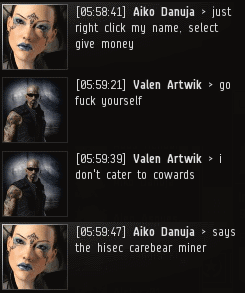 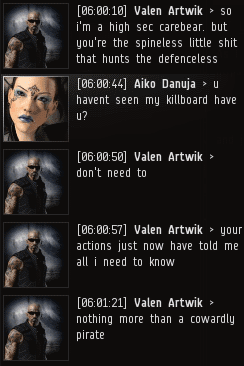 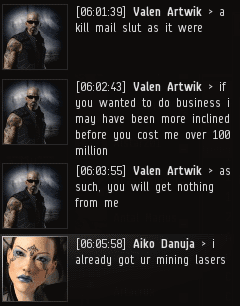 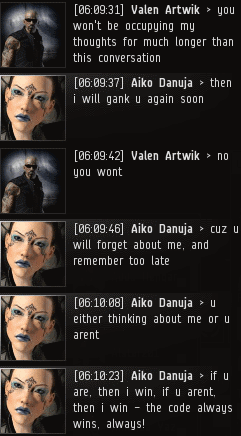 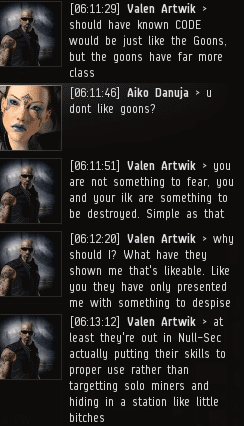 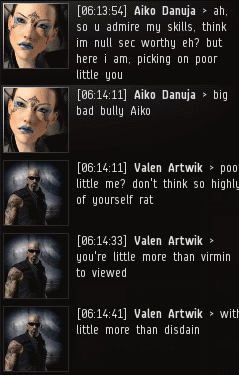 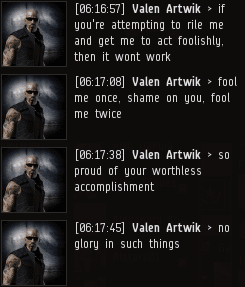 As a last resort, Aiko name-dropped the Saviour of Highsec. This immediately caused the miner to rage-quit. The act confirmed what Aiko already suspected: The miner was a Goofus. Carebears of highsec, there is no peace to be found in the asteroid belts. Try the Code instead.
Posted by MinerBumping at 18:05