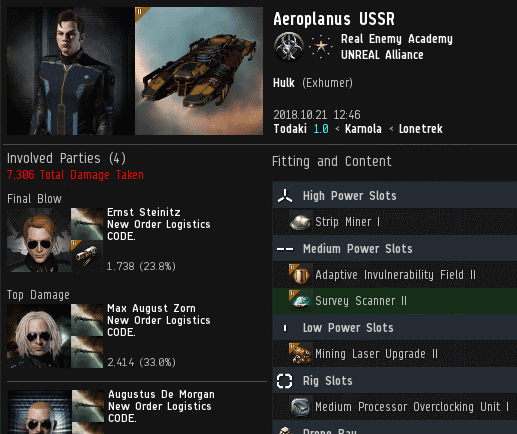 Many moons ago, Aeroplanus USSR lost an unlicensed Hulk while mining in Todaki, a Caldari rookie system. Did the miner learn anything from this experience? 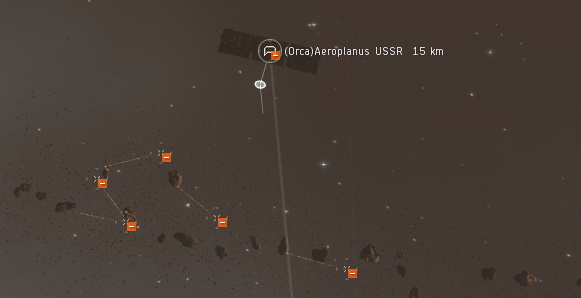 ...If he did, he learned the wrong lessons. Fast-forward to 2020: Aeroplanus was back in Todaki, this time mining in an Orca. 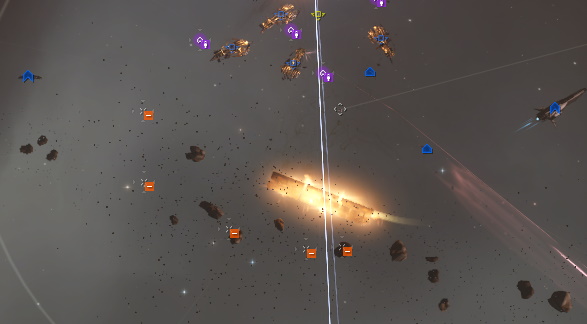 Agent Ernst Steinitz had taken part in the Aeroplanus gank back in 2018. Ersnt reunited with his old pal in the Todaki system. He, too, had access to bigger ships than the last time they'd met; Ernst had a fleet with Taloses instead of Catalysts. And in case you want a closer view of that Orca explosion... 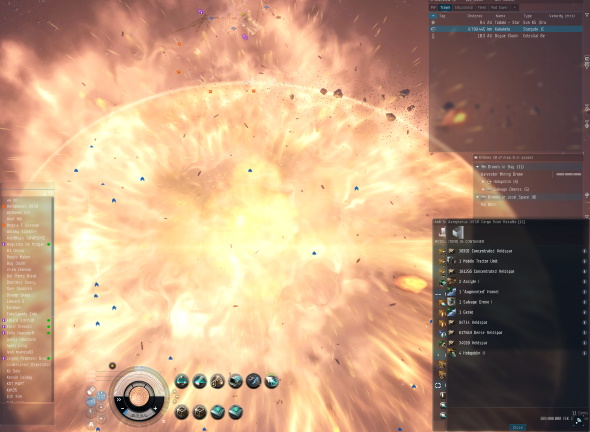 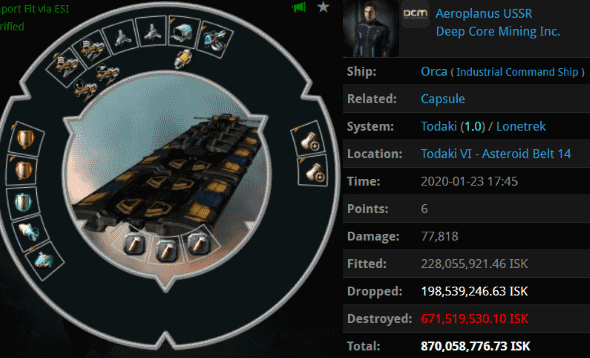 It was wrong of Aeroplanus to take ore from a rookie system. He didn't even have a permit to his name! So he was punished, just as he had been years before. 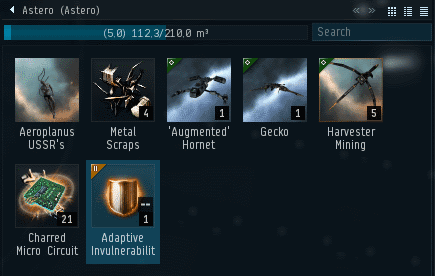 Incredibly, the miner was so greedy and decadent that he used Harvester Mining Drones. Upon defeating Aeroplanus in battle, our Agents scooped 2.5 billion isk worth of them. At any rate, the threat of Aeroplanus was gone, and the actual rookies in Todaki could engage in mining. Did the newbies thank our Agents, though?

...No. They were ungrateful.

A bot-aspirant is a bot-aspirant, no matter how young or old he is. That's why so many miners identify with their fellow carebears--even criminal carebears who harm them by violating the Code.

In spite of it all, our Agents are Agents of compassion. Ernst contacted Aeroplanus to see if the miner had learned anything from this gank that he'd missed the last time.

Fortunately, losing billions of isk helped to open the miner's bleary eyes. He purchased a mining permit without complaint. 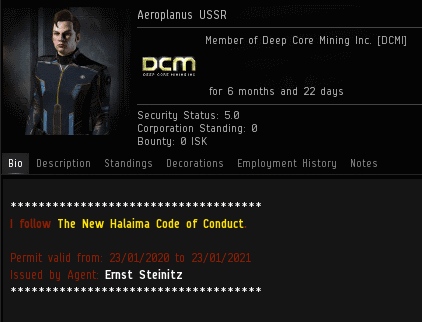 Aeroplanus earned a second chance at life in EVE. Agent Ernst hoped that the miner would use it wisely. 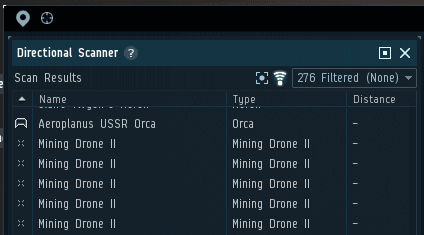 Eventually, our Agent spotted the miner again: Aeroplanus was back in Todaki with another Orca. But this time, at least, he knew not to use Harvester Mining Drones. Progress!
Posted by MinerBumping at 18:05