Previously, on MinerBumping... Knowledgeminer was banned from the Anti-Ganking channel by Astevon, who condemned him for ganking Silent Company miners--and for lacking a loving spirit.

In the wake of his ban, Knowledgeminer came across Thorin Orlenard, a member of Silent Company. Thorin was mining in a Talos. Naturally, Knowledgeminer felt the urge to gank Thorin. Yet he knew that if Astevon found out, the Anti-Ganking leader would look upon him with disfavor. Which path should he choose?

Thorin kinda made the decision for him. 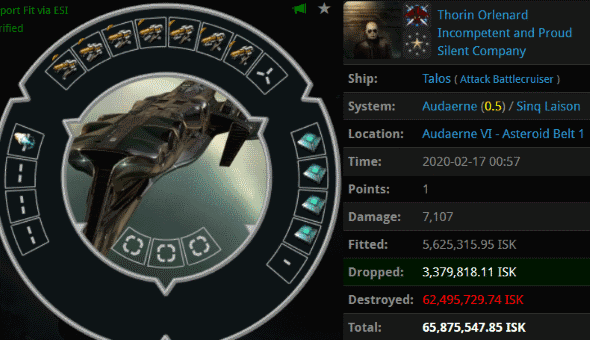 The disgusting fail-fit mining Talos was destroyed. Knowledgeminer could immediately sense that he'd made the right choice.

In keeping with his mission, Knowledgeminer was totally open about what he was doing and why he was doing it. If Thorin had any sense, he could avoid being ganked in the future.

Thorin--who told Knowledgeminer to "fuck off" when warned of an impending gank--was reduced to begging for money from the guy who ganked him. Apparently Silent Company's "Highsec Lobby" didn't financially support its members.

Knowledgeminer could've responded in any number of ways. He took the compassionate approach.

Knowledgeminer's patience had been built up from years of hanging out in the Anti-Ganking channel. He was used to dealing with miners like Thorin.

Alas, Thorin wasn't in a learning mood. Miners rarely are. 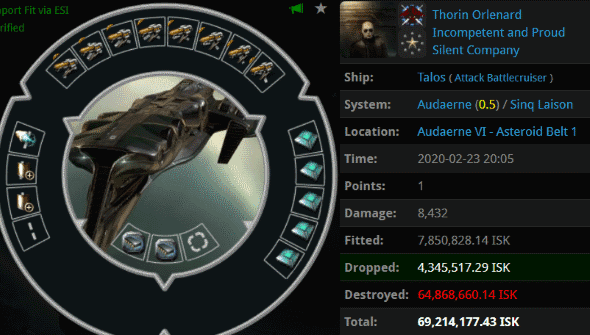 A few days later, Knowledgeminer ganked him again in the exact same asteroid belt. Thorin was still a Talos miner. He had learned nothing. Knowledgeminer was now utterly convinced that Astevon and the Anti-Gankers were wrong. Highsec needed gankers. And the so-called Highsec Lobby needed to be punished. 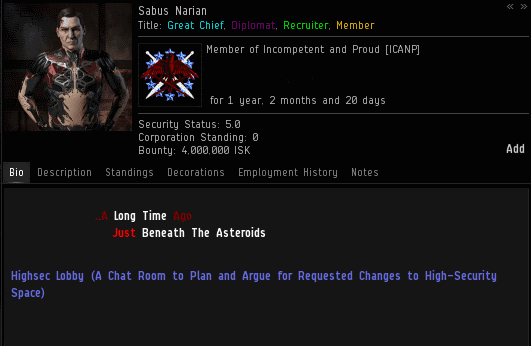 And as for Sabus Narian, the founder of the Highsec Lobby? He got his corporation expelled from Silent Company for "going public with his personal ideologies". What a bunch of Goofuses.
Posted by MinerBumping at 18:05