There were a lot of very irresponsible carebears in highsec last week. I'm disappointed in you, carebears. But I couldn't be prouder of the heroic Agents of the New Order who punished the carebears for their crimes. Let's take a stroll through some of the kills that took place during the week of October 6th @ 00:00 EVEtime through October 12th @ 23:59 EVEtime. 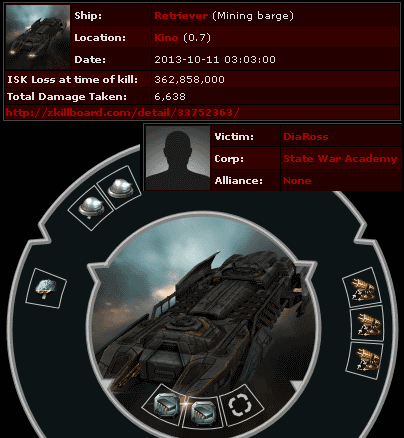 You might expect a Retriever worth 36 million, but DiaRoss managed to lose one worth ten times that. Agent Spine Ripper slew the beast, but none of the expensive modules dropped. The solution to the loot fairy problem: Kill even more miners! 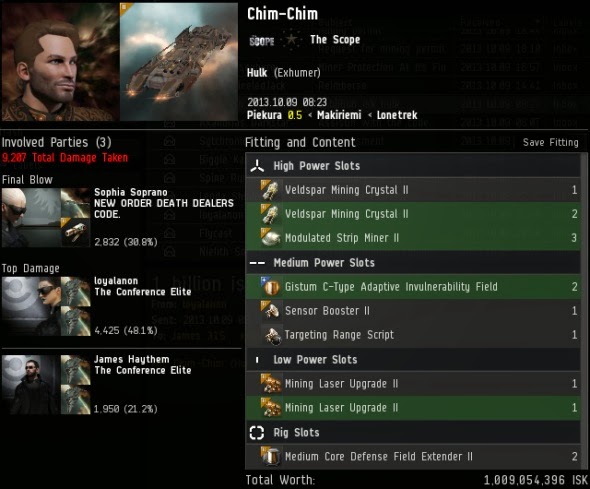 Chim-Chim stunned our heroes when he dared to fly a Hulk worth over a billion isk. Agents loyalanon, Sophia Soprano, and James Haythem quickly got over it. Their shock turned into steely resolve. Then it was Chim-Chim's turn to be shocked--after he returned to his keyboard, that is. 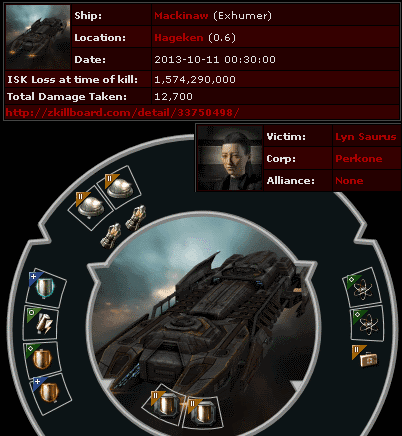 Lyn Saurus has a name like a dinosaur. The highsec carebear, like the dinosaur, is doomed to extinction. Lyn Saurus spared no expense on her 1.5 billion isk Mackinaw. Except for her 10 million isk permit, that is. Agents Julia Reave, Zane Arnolles, D400, loyalanon, Janine Frost, 412nv Yaken, and Sophia Soprano rallied together and destroyed the Mackinaw. Life always finds a way. 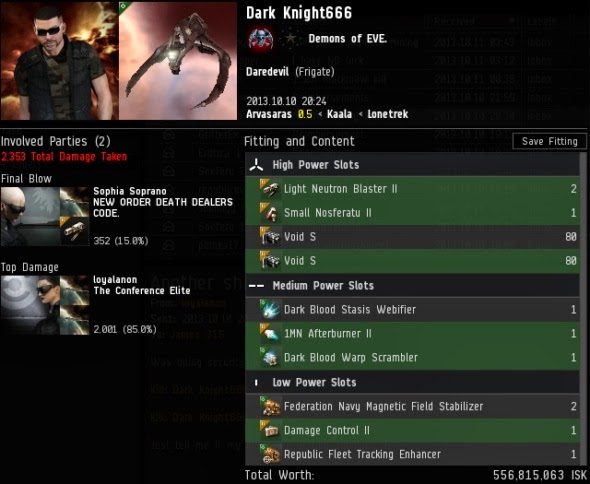 Want to be a daredevil? Try flying a ship like Dark Knight666's 550 million isk frigate when Agents loyalanon and Sophia Soprano are around. Here's hoping Dark Knight666 doesn't try that particular stunt again. 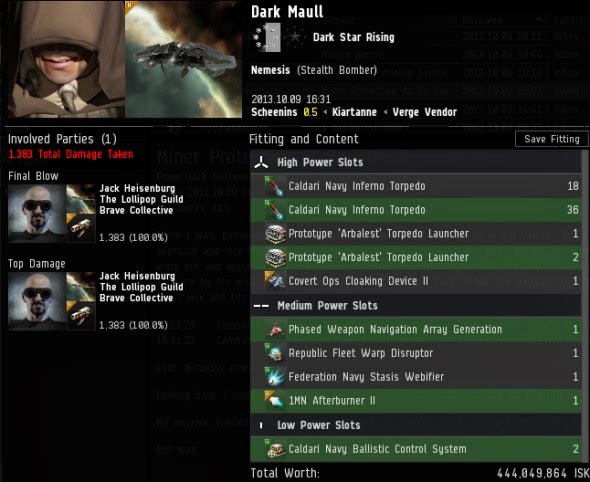 Dark Maull paid the price for attempting to guard his fellow carebears. After Agent Jack Heisenburg discovered the stealth bomber guarding some miners, he reminded him that Agents of the Order are equally capable of ganking the rebels' protectors. Boom! 440 million isk and Dark Maull's pride, gone in a puff of smoke. Tears resulted:

"Multitasking", is that what they're calling it these days? The only thing worse than mining AFK is protecting AFK miners while AFK. 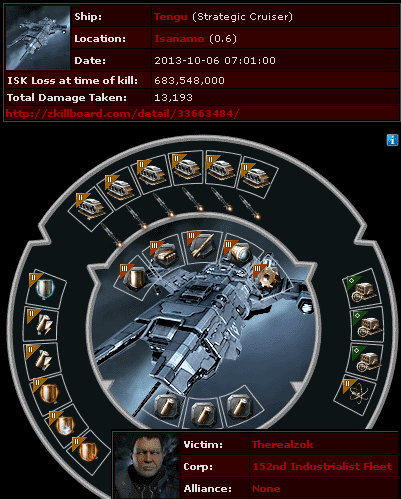 Therealzok outsmarted himself when he loaded up a 680 million isk mission boat. He gave no thought to the Code, of course, thinking hiself above such things. Agents loyalanon and Sophia Soprano, on the other hand, think about the Code all the time. Naturally, the winners of this battle were the people who were better prepared. 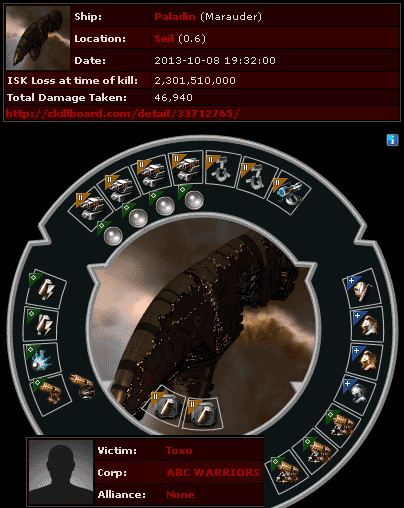 As TEST alliance ponders its future, some Dredditors have chosen to spend their downtime enforcing the Code. I was pleased to be informed of Toxo's demise. Seriously, a 2.3 billion isk Paladin? Agents Mug Costanza, republicov, Googol Tudoris, Johnnyy Cash, Kwon Lee Biggie Kadeyooh, Kacion, Nlelith Solette, and Damian Kingston brought a little nullsec flavor to the Seil system and popped the piñata. 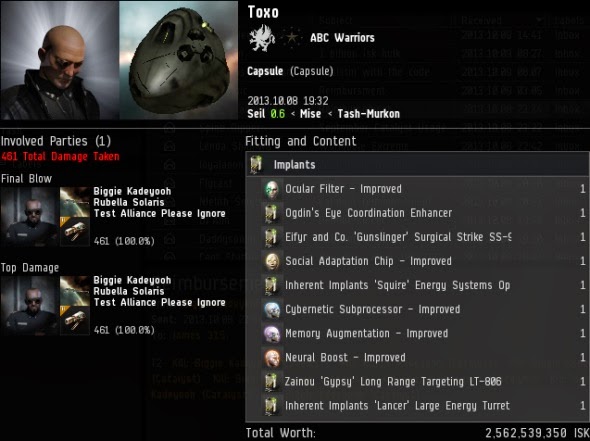 Toxo wasn't done losing isk that day. Agent Biggie Kadeyooh snagged his 2.5 billion isk pod. At a stroke, nearly 5 billion in total damages. Protip: Highsec isn't a place for you to flash around your immodest, bot-aspirant apparel. It's a place for people to express humility and a sincere desire to follow the Code. If that's a problem for you, there's plenty of room in lowsec.
Posted by MinerBumping at 19:25