We've got a lot of work to do, so let's get to it. Here are some fine kills that the New Order inflicted against the enemy during the week of October 20th @ 00:00 EVEtime through October 26th @ 23:59 EVEtime. The ironically-named General K Kartoon was previously blown up in a poorly-tanked mining vessel, so he upgraded to a Skiff. So far, so good. But he still lacked a permit. Agent Lydia van Persie got the better of him and destroyed the misguided miner. 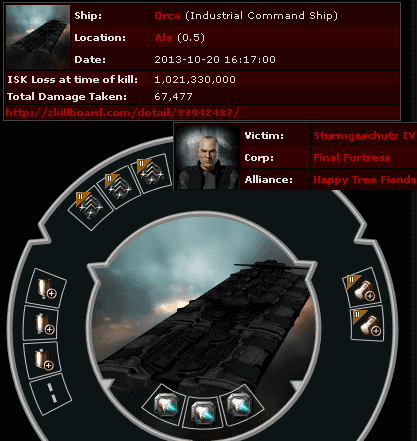 In just over three hours, our heroes dealt 8.1 billion isk in damages, slaughtered 8 Orcas and confiscated a ninth from Zamir Kreedo, who was using an empty Orca next to his mining barge. He didn't lock the Orca, so our Agents were able to board and pilot it to safety. He was too AFK to notice his Orca leave him, so Agents killed his barge.

Dr Wiwwy tried to sell the former Orca pilot a mining permit, but he refused to see reason. 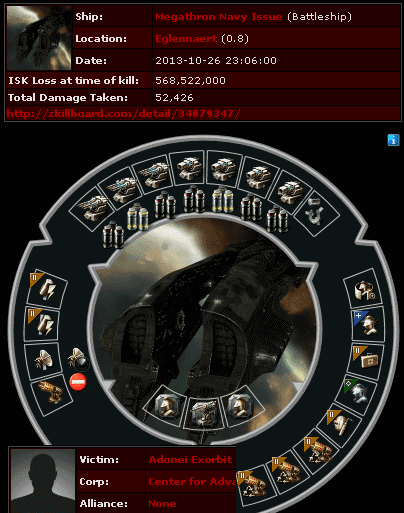 Adonei Exorbit lost over half a billion isk when his curiously-fit Megathron Navy Issue was cast into oblivion by Agent Loroseco Kross. Loroseco, who also ganked a Navy Mega a few weeks ago, is troubled by the bot-aspirancy of mission-runners these days. He challenges them to duels while flying a cruiser. Because these carebears do not understand the Code, they underestimate him. Loroseco explained: 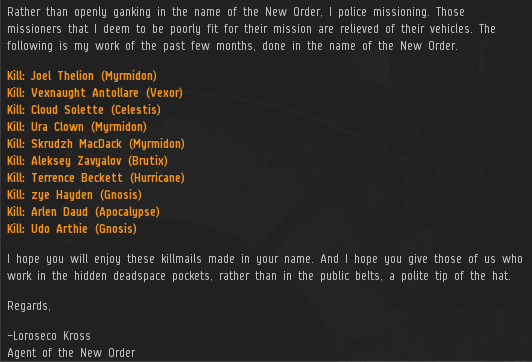 Indeed, a polite tip of the hat is due. 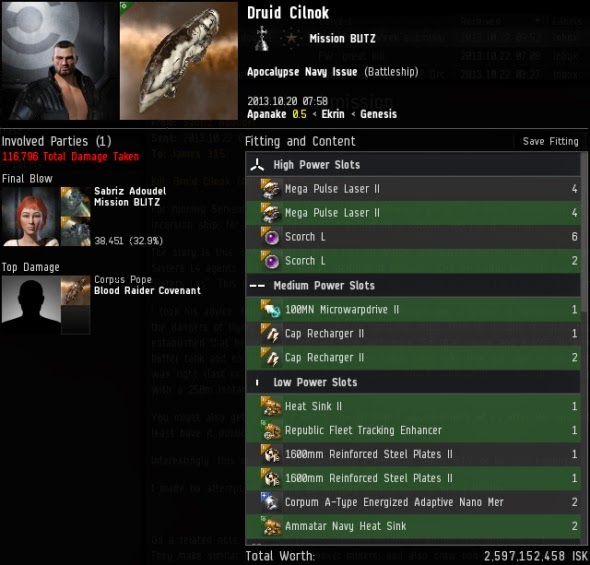 Meanwhile, Druid Cilnok lost a faction battleship of his own this week. Agent Sabriz Adoudel was appalled by the immodesty of the 2.6 billion isk mission boat. So he decided to do something about it.

Druid joined Sabriz's corp. Druid lost billions for his arrogance, but the medal he earned was free: 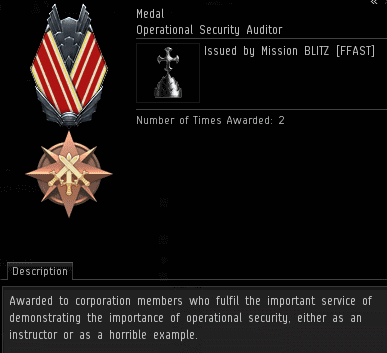 After being awarded this medal, Druid left Sabriz's corporation to pursue other interests.


Ready for a heartwarming tale from a new Agent of the Order? Good. Because this time, I'll let the Agent tell the story: 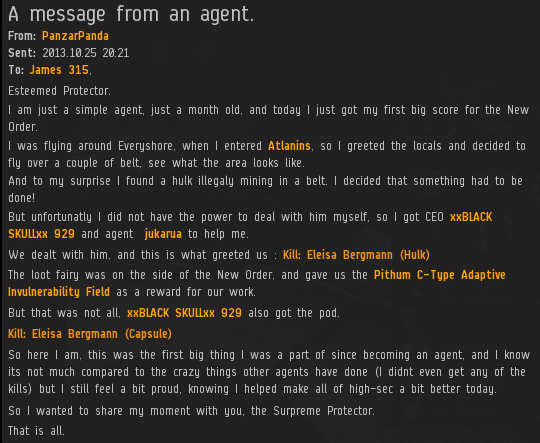 Thank you for sharing, PanzarPanda, and thank you for caring about highsec. Here are the killmails: 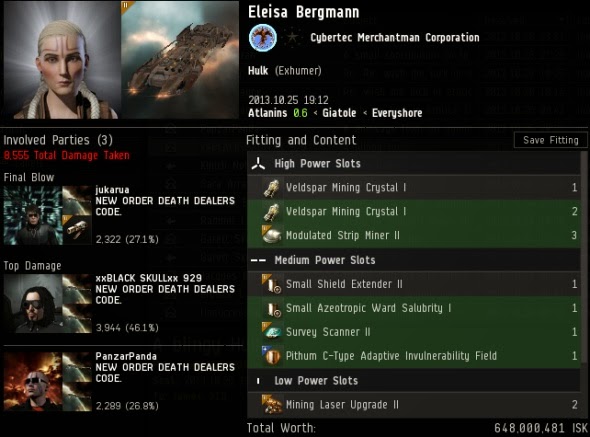 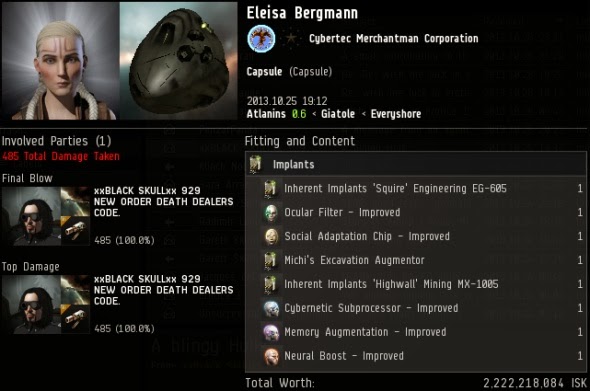 The pod, weighing in at 2.2 billion isk, is the kind that often gets featured as Podkill of the Week. However... 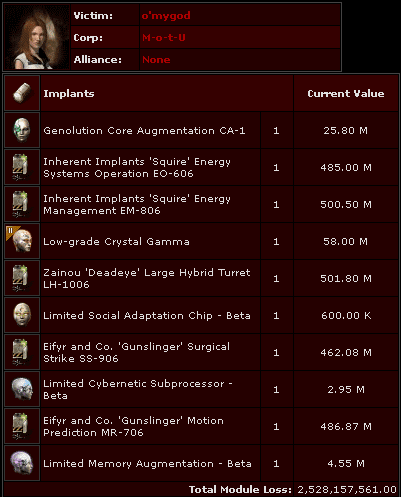 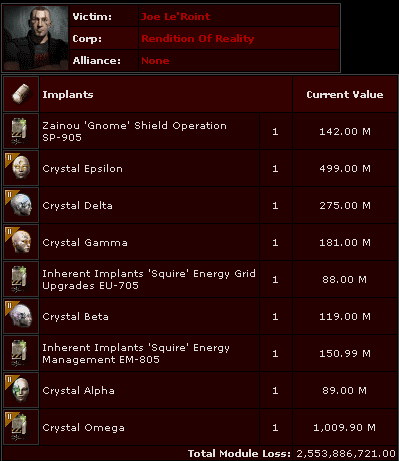 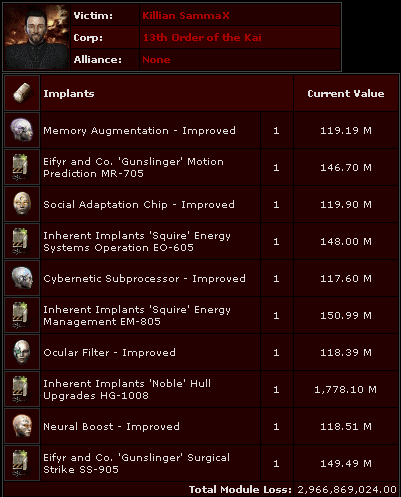