Agent Nerfbat Aldent of the illustrious Barge Cleaning Services corp promised to keep an eye on StarSceeam. Previously, the miner had earned himself a spot on the Red Pen list for various crimes against the New Order. 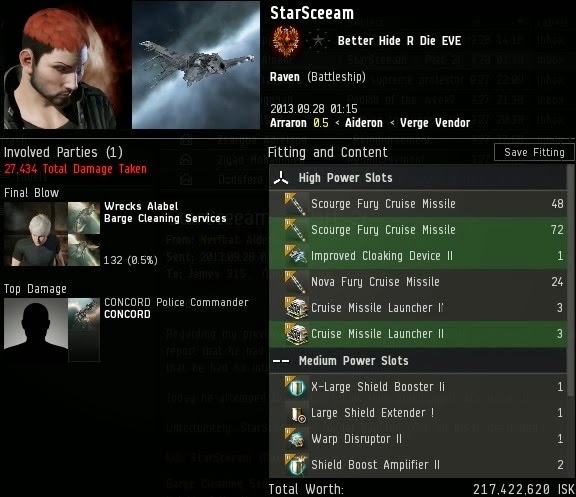 If you need your memory refreshed, StarSceeam's the guy who paid 10 million for a permit and then inexplicably suicided his Raven while trying (and failing) to gank an Agent's industrial ship. 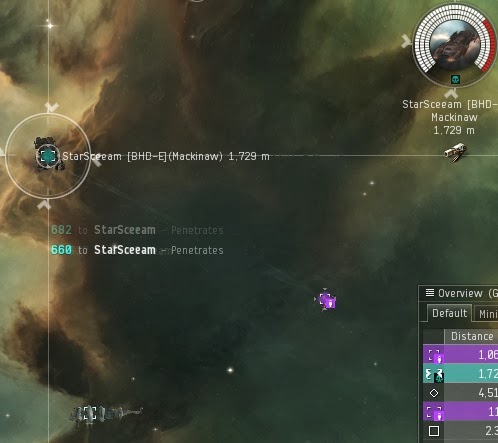 Agent Killigrew Boirelle witnessed StarSceeam's Mackinaw stealing everything that wasn't nailed down in one of my asteroid belts. He activated the kill right, which had been shared with the corp. Like any good citizen, Killigrew activated his warp disruptor and kept the Mackinaw pinned down until Nerfbat's Catalyst could arrive and share in the kill. 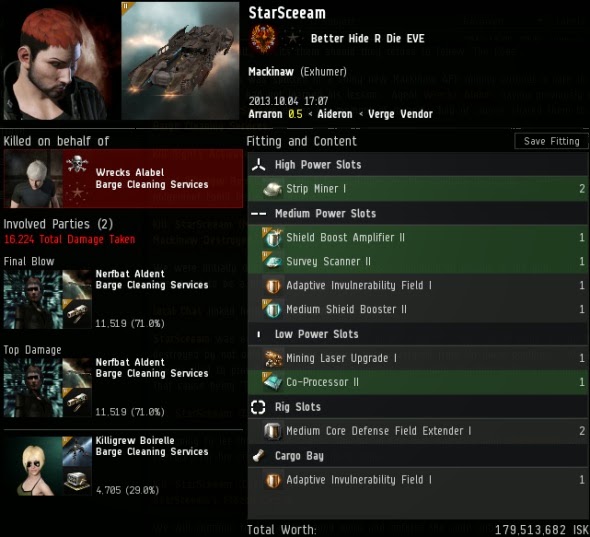 From his previous experience with the New Order, StarSceeam had learned the importance of putting at least some tank on his ship. Sadly, the Mackinaw was still fail-fit. And when kill rights are involved, it's really best to just get a mining permit. They work wonders. 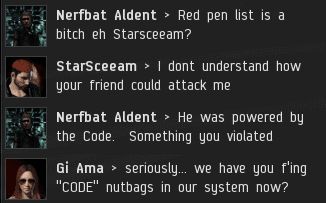 StarSceeam has only been in EVE for a little over 4 years, so he was amazed to hear about the concept of kill rights. 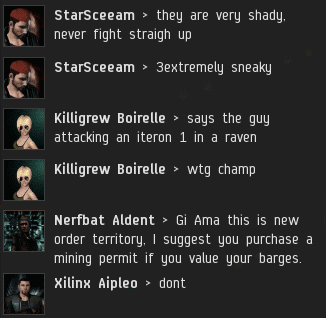 The destruction of the illegal Mackinaw was a great way for the Barge Cleaning Services corp to break the ice with the locals. They wanted everyone to hear about the Code, not just StarSceeam. 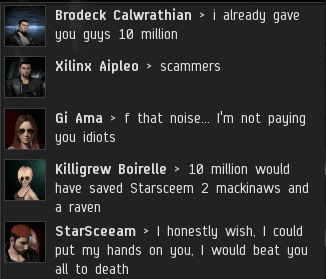 But even in the distant Verge Vendor region, there were already some who owned permits. StarSceeam soured the mood in local by uttering more Red Pen-worthy death threats. 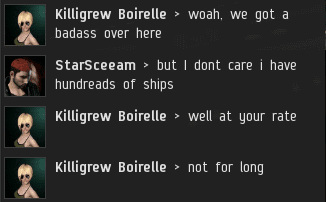 Defiance is a typical trait of the Red Pen offender. In the end, resistance is meaningless. It simply makes a miner take longer to get the benefits of New Order membership. 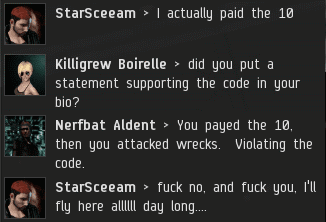 StarSceeam suddenly remembered that he had paid 10 million isk for a permit, right before his ill-fated suicide attack. I don't know what's up with miners these days sending us money and immediately violating the Code. Very strange. 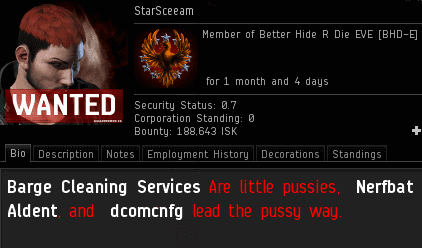 ...and his bio wasn't exactly written in the spirit of compliance, either. 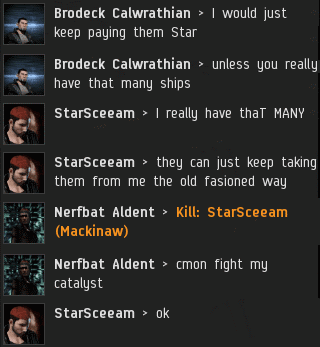 Nerfbat invited StarSceeam to undock and engage in another battle. Fresh off of his Mackinaw loss, StarSceeam was still steaming. He was ready to go. He undocked in a Cyclone. 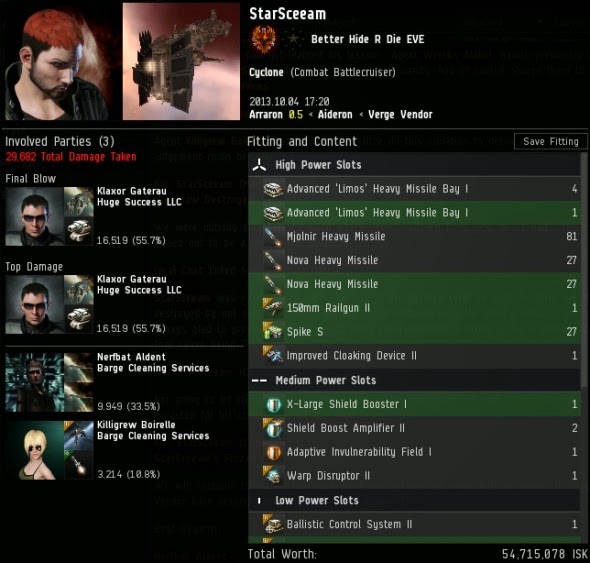 But StarSceeam didn't understand that the kill right activation lasts for 15 minutes. This presented Klaxor Gaterau, a random local with a Megathron, the chance to join in the fight. He found himself enjoying Code enforcement, and another of StarSceeam's fail-fit ships bit the dust. 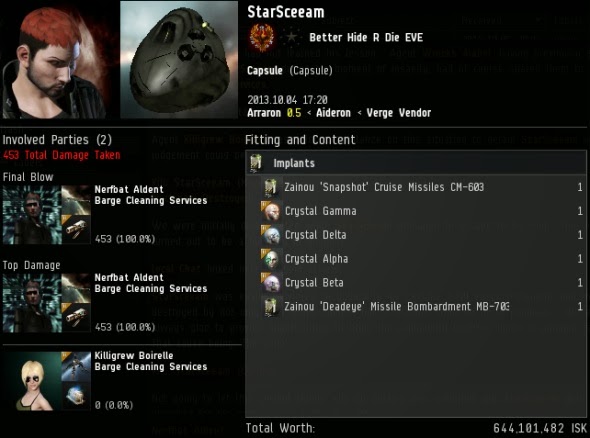 This time, Killigrew was quick on the trigger and tackled StarSceeam's pod before it could get away. Killigrew kept it tackled and let Nerfbat Aldent have the honour of sending StarSceeam instantly out of the system on the Red Pen express. It's an expensive ride. It cost StarSceeam 644 million isk, but you can't beat the service!
Posted by MinerBumping at 18:13