One advantage of being an Agent of the New Order: Everyone knows exactly what you stand for. It's like having a bunch of well-earned medals pinned to your chest. 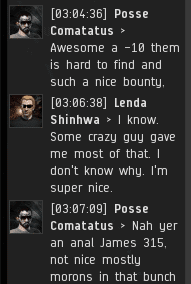 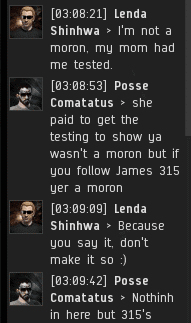 Posse didn't know it, but he gave the Nakugard system the highest possible praise when he looked around and said "Nothin['] in here but 315's". 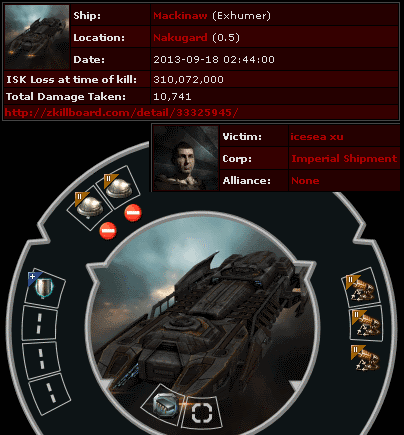 Nakugard had one less non-315 in system after Lenda and Agent Neobdragon put icesea xu to death. Think icesea's fit was bad? He would disagree. In his eyes, it was a fit so nice he lost it twice. The exact same setup was ganked just a couple weeks earlier. 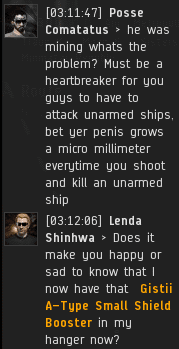 To the carebear, if someone kills your terribly fit ship, you get another, and lose it. You'll continue to lose your Gistii A-Type Small Shield Boosters as long as there is a 315 in highsec.

The Posse's of the world may huddle together in masses, awash in their own ignorance. But even they know the difference between one of their own, and a 315. There's no middle ground in highsec, only good and evil. How can you tell which is which? Well, good is more powerful than evil. The carebears can change their ways, and join us. By contrast, when was the last time you saw a suicide ganker become a carebear? More proof that we're the good guys.
Posted by MinerBumping at 18:16