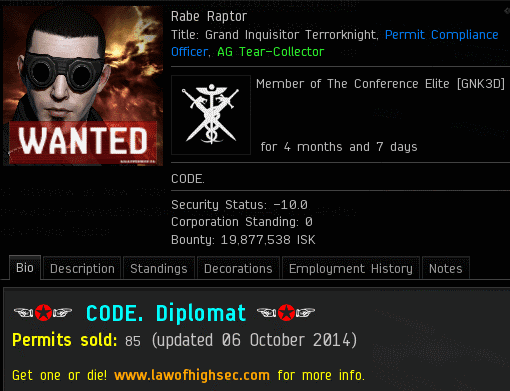 The New Order enjoys the reputation it does thanks to the tireless efforts of our Agents. Case in point: Rabe Raptor, who stepped up to become an official CODE. diplomat. 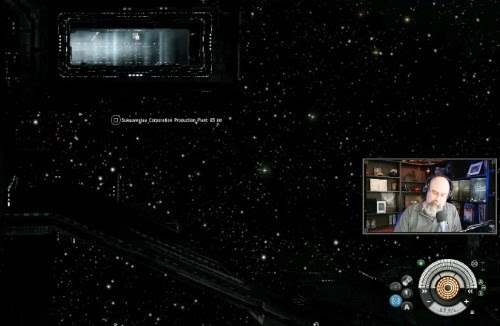 MarkeeDragon is known for selling EVE timecards, but he also hosts a YouTube channel. Since the New Order is currently the most relevant organization in the galaxy, it was only natural that MarkeeDragon would interview a representative of CODE.

Click the link to watch MarkeeDragon's interview of Rabe Raptor. It was a thoughtful discussion between two calm professionals. Nevertheless, the "Grr CODE" crowd managed to produce tears in the YouTube comments. Obviously those people need to hear more from our diplomats.
Posted by MinerBumping at 19:32