Previously, on MinerBumping... Catastrophe! A young miner named Dorian Alezander failed to obey the Code. Agent Kalorned was forced to decommission Dorian's illegal mining equipment. As a senior statesman of highsec, Kalorned took it upon himself to have a talk with the miner. Kalorned reasoned that if Dorian understood all the ways in which the Code has improved highsec--

Yes, improved! Dorian's eager to get back to the story, so enough with the recap. 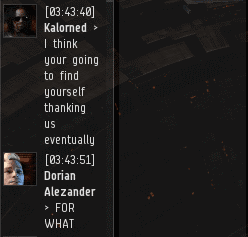 Isn't it funny how we can get tunnel vision sometimes? As a people, we have difficulty seeing the big picture. Take Dorian, for instance. He couldn't see past his own Retriever loss. 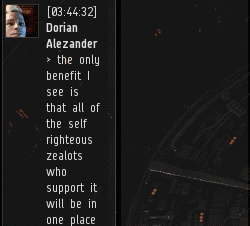 However, Dorian was able to perceive the way the Code has brought together all of the highsec content creators. Was he on the verge of a great realization about the New Order family and the role it plays in modern highsec? 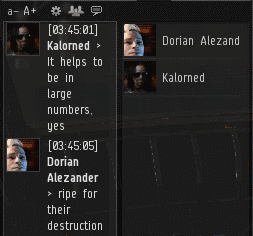 Nope. He was merely transitioning into the "someone will stop you" phase. Kalorned gently reminded the carebear that the New Order has been steamrolling Code violators for two years, with minimal resistance. 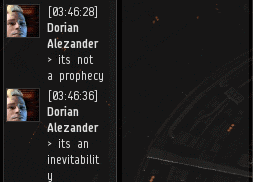 Bot-aspirants put isk first. They see little value in anything else, even facts. Dorian joined the doomsayers who predict the "eventual" downfall of our Order. 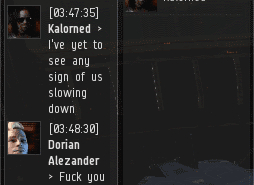 Carebears can't understand why the hundreds of thousands of highsec PvE'ers can't all unite to put a stop to us. Does it matter why, though? The simple truth is that they haven't united and never will. The New Order will never be defeated. Based on current trends, the only likely outcome of our great project is the total subjugation of all who live in highsec. Everyone will obey the Code. 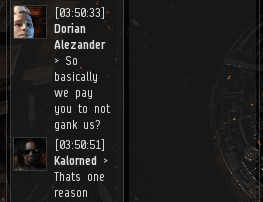 A rebel carebear's first reaction to the New Order's success is denial. Once Dorian got over that, he took stock of the situation. His head was swimming. This is the part where many carebears choose to buy a permit. 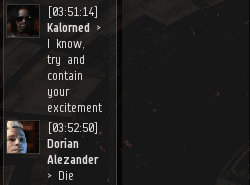 ...While others dig themselves into a deeper hole. Dorian wished death upon Kalorned. In-game death, right? 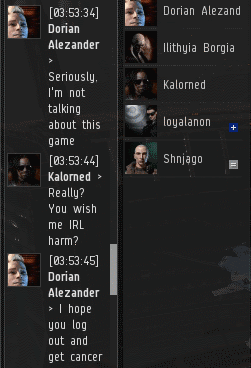 Dorian was moving dangerously close to the "anger" phase. However, many carebears stop at this point and realize a 10 million isk permit isn't worth getting so worked up. 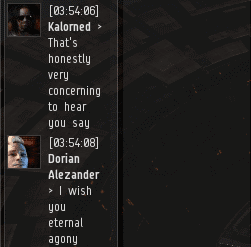 ...While others double down. Kalorned is an experienced Agent and trained diplomat. Yet even he struggled to get Dorian under control. Nevertheless, Kalorned remained optimistic. They say it's always darkest before the dawn. 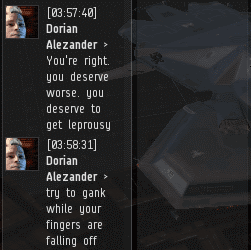 Things were getting plenty dark. A permit purchase could occur at any time. 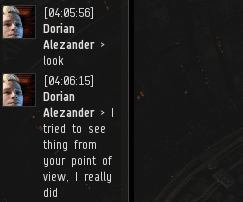 Dorian insisted he'd kept an open mind this entire time. Kalorned saw it as an opening. When all else fails, drop a J-bomb. Remind the carebear of all the wonderful things James 315 has done:

Not all carebears have embraced me. Not yet. Some even react negatively when my name gets dropped into a conversation. Think how far we've come in such a short time, though. Now imagine the future, and the state highsec will be in, after years and years of endless Code enforcement: Countless trillions of isk worth of dead carebears, an army of thousands of Agents descending upon the few who continue to disobey the Code, and joyful references to the Saviour of Highsec in every system's local chat. In a word, paradise. Finally, a highsec we can all be proud of. That's where we're headed. Who wouldn't want to be a part of that future?
Posted by MinerBumping at 18:15