The Martyrs of Highsec #4

If you have been paying close attention to highsec over the last several weeks, you've probably picked up on two important things. First, the New Order, CODEdot, and the Code are still here. Second, a lot of bot-aspirant carebears are dying--more than ever before, in fact. This flies in the face of all the propaganda that was being spouted by our enemies. They insisted the end of the New Order was right around the corner. How could they have gotten it so wrong? They're anti-Order rebels; they're always wrong. And the CODE always wins. Also, this:

The victims of September 10th may be gone in one sense, but they remain with us in another, more important, sense. They are the fire in our hearts. 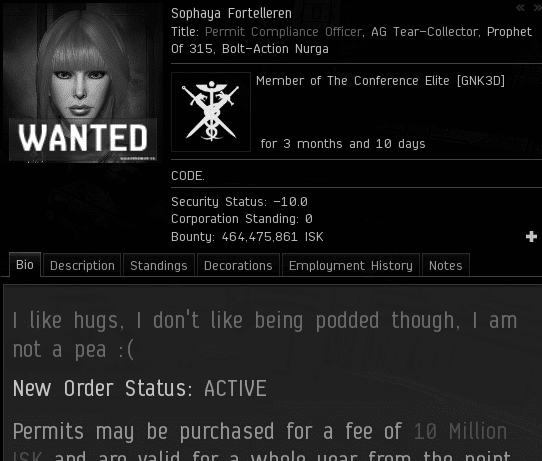 People from all walks of life were banned during the 9/10 attacks. No class or profession was spared. Some, like Agent Sophaya Fortelleren, were writers and philosophers. You might recall Sophaya was the author of such fine New Order literature as "The First Apology: Kindness" (featuring a torture-free SoundCloud audio recording performed by Sasha Nyemtsov!) and "The Book of 315". 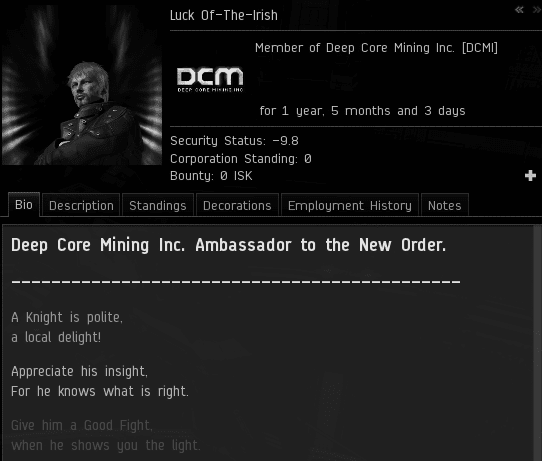 Some of the fallen were doughty gankers from hardscrabble backgrounds like Agent Luck Of-The-Irish. Like so many others, he came to the New Order looking for a better life. He found it. Luck Of-The-Irish didn't wait around for a handout in Jita. He knew that things of value only come from hard work. He put in the time and the effort, and the violence. People like Luck Of-The-Irish built modern highsec. 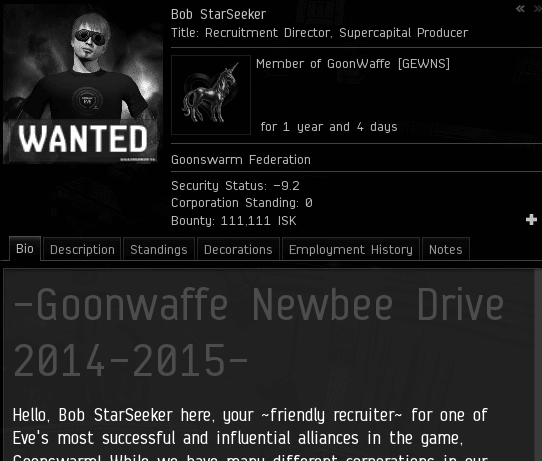 Not everyone who was banned on 9/10 made waves. Bob Starseeker was a silent supporter of the New Order. He preferred to idle silently in the in-game channels. Some might say he was only exercising his freedom of speech, or lack of speech. Yet he, too, somehow ended up on a watchlist of some kind. That was all it took. No accusation, no evidence, no trial, no explanation. Somebody pressed a button on a computer thousands of miles away, and Bob vanished, never to be seen again. 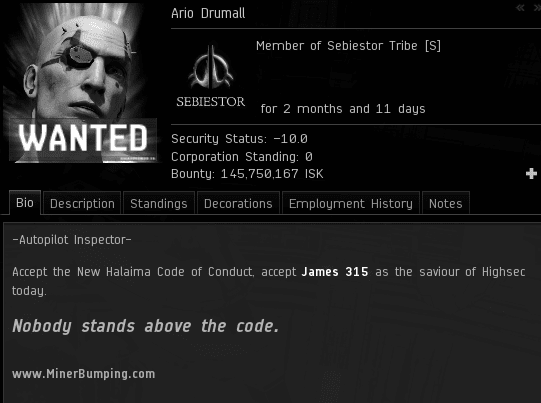 We don't see them; they still see us. They watch EVE from afar. They still care deeply about highsec and the legacy of emergent gameplay that they left behind. Today, we create content not only for ourselves, but also on behalf of those who were taken away before the job of saving highsec was finished. 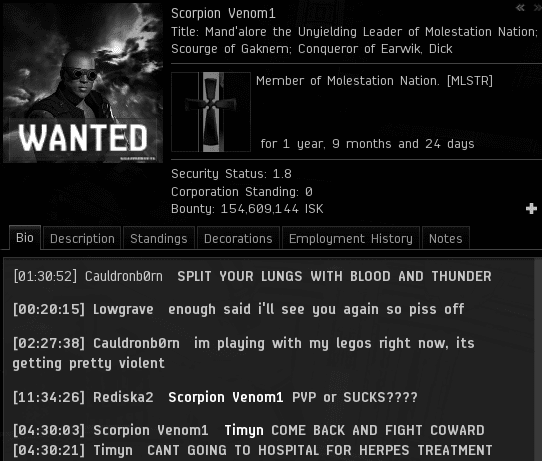 If the permabanned were still playing EVE, they would tell the carebears not to be afraid. They would tell them to buy a mining permit and embrace the Code. Who knows how many lives they would have touched, if given extra time to live in highsec? It doesn't matter. They have already touched our lives, and it's enough. We who remain are sufficient to transform highsec into what it is meant to be. 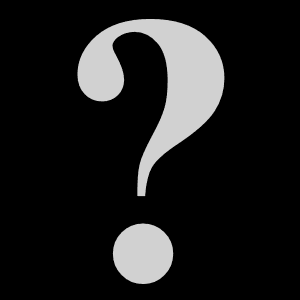 The truth is, we don't know the identities of all the permabanned. Some we never knew, and others lack the ability to contact us. Regardless, we can never know all the permabanned, because there is always the possibility that others will be banned in the future--for any reason, or for no reason. Therefore, any celebration of the lives of banned players must also include a commemoration of the Unknown Permabanned. They cannot be named. Their contributions to our story remain anonymous. That doesn't make their heroic deeds count for less, but for more.

Brothers and sisters of the Code, we salute you.