It's Goofus and Gallant time. You ready for this?

On the surface, karma and kassi were the same. They both had lower-case "k" names. They were both Australians. But when it came to the Code, they were about as far apart as any two people can be.

Agent karma scored a tremendous victory over the Code-violator. And yet, if our victories didn't change the lives of the miners, they would become hollow. The New Order exists to rule highsec. That we do--and we do it well. However, it's not the only reason the New Order exists. We're here to save highsec. What does that look like, besides ganking the kassis of the world? 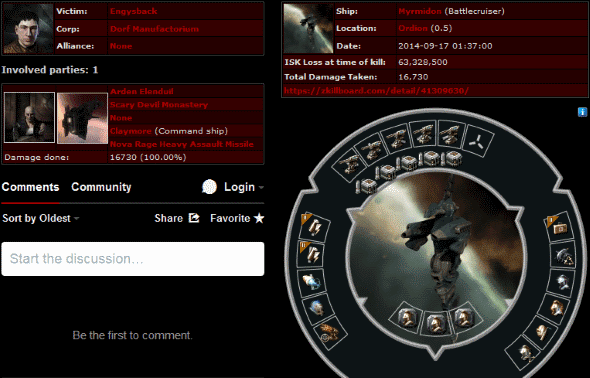 Agent Arden Elenduil was blowing up some unlicensed Mobile Tractor Units when he came under attack from their owners. The New Order wins every time, so Arden simply put his trust in the Code and killed everybody. 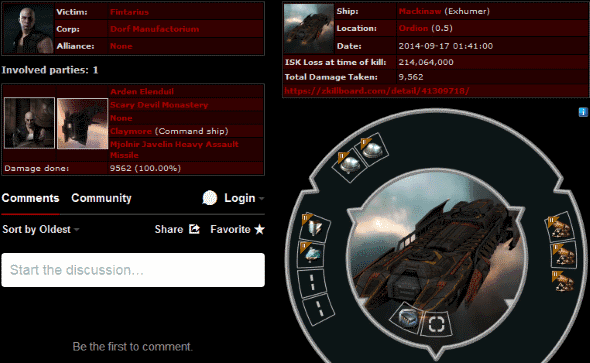 Among those Arden killed was a young miner named Fintarius. After his Merlin was lost in the MTU fight, he quickly returned to the ice anomaly in a Mackinaw. A little too quickly, in fact. The limited engagement timer hadn't expired. Arden was free to use his Claymore to kill the Mackinaw without CONCORD interference. Fintarius' eagerness to grind isk got him killed!

Another day, another bunch of dead miners, you might think. Except for one intriguing clue--those killed by Arden left "gf"s in local. Arden didn't even have to tell them to do it. Was their a sliver of Gallantry in these miners? 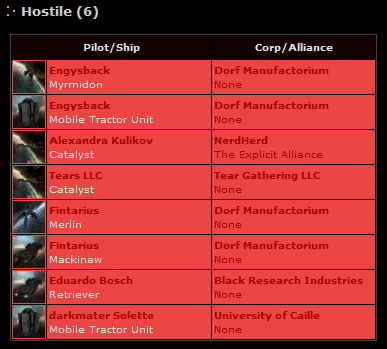 Arden continued to kill MTUs and pilots. Defiant as ever, some other local miners tried to suicide gank Arden with a pair of Catalysts. Ganking isn't as easy as the New Order makes it look, so they failed miserably.

Having won the Battle of Ordion, our hero bid the rebels farewell. He was about to jump through the stargate when Fintarius, the overeager miner, said "wait". He had something to say. Was he going to make a death threat? Curse a blue streak in local? Threaten to petition? 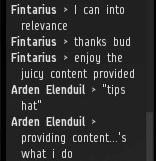 When the other rebels tried to gank Arden with a pair of Catalysts, Fintarius was nearby in a Drake. He saw them fail the gank and then killed one of their pods. It was a revelation. Fintarius had never killed a pod before, much less a rebel pod. The experience opened his eyes to the way EVE should be. In an instant, he understood that the Agents of the New Order are not griefers, cowards, harassers, bullies, sociopaths, Nazis, ISIS members, or any other such thing. We are content providers.

Fintarius immediately dropped roles and prepared to change corps. The very next day, he switched. This was the corp he was in when he met Arden Elenduil. 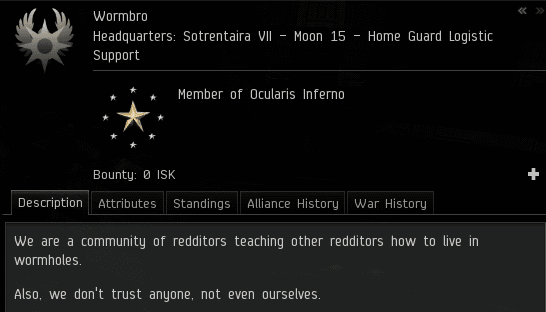 ...and this is the corp he joined. No longer would Fintarius be a highsec carebear. He would join the wormhole community and seek the true meaning of EVE. This is how the New Order saves highsec, and for that matter, EVE. Of course, Fintarius' highsec corp lost a member when he left. Maybe this is why carebear CEOs oppose us so much. How ya gonna keep 'em farming highsec ice, after they've seen PvP?
Posted by MinerBumping at 18:56