Ours is a heroic age. Centuries from now, people will look back and envy those who lived during the years when highsec was first brought under the Code. We can already see the signs of our ultimate victory. It's no surprise, then, that many Agents have begun thinking in terms of their legacy. 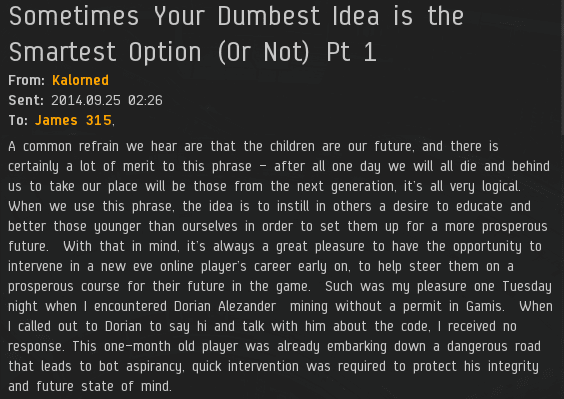 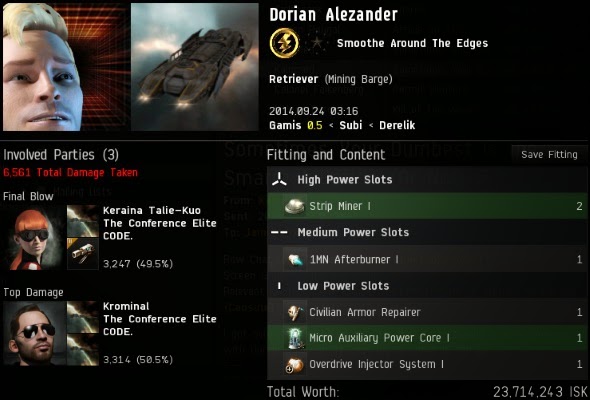 The PvE'ers of Gamis are like Kalorned's children. Those who fit their Retrievers like Dorian Alezander are the newborns. Naturally, Kalorned had his alts kill Dorian.

After disciplining the young miner, it was time to learn more about this Dorian Alezander. 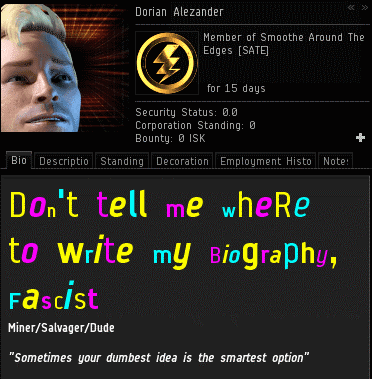 Dorian was a part-time miner, a part-time salvager, and a full-time dude. He believed in the power of dumb ideas. But how would he react when exposed to the smartest option in highsec--the Code? 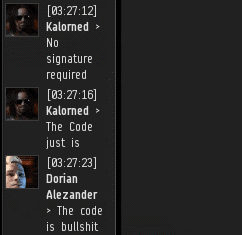 The carebear's instincts failed him. Without even reading it, Dorian already knew he hated the Code. He was a bot-aspirant. In extreme cases of bot-aspirancy, the patient rejects the medicine he so desperately needs. This is why forced medication exists. 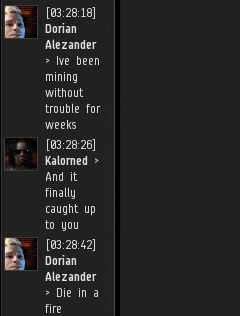 Kalorned offered Dorian a permit again, just to be thorough. Sure enough, it was a severe case of bot-aspirancy. 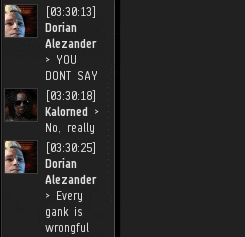 Next, Kalorned dangled the carrot of a reimbursement for a wrongful gank. This was a test: Would Dorian recognize that his gank had been appropriate? Dorian failed. 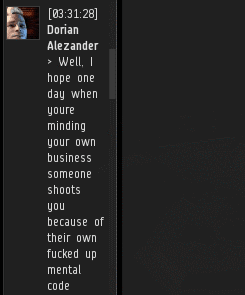 Failed with flying colors, in fact.

At this point, our hero became concerned. He noticed little hints of rage bubbling from beneath the surface. Such hints are easily missed by the untrained eye. Kalorned is an experienced Agent; his eyes are like those of an eagle. He knew carebear threats would not be long in coming. 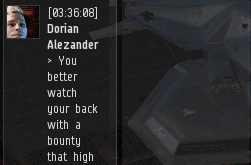 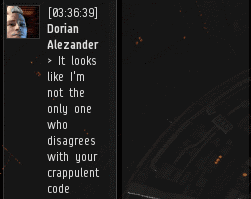 Kalorned was right. Dorian secretly harbored resentment against the New Order--and against the very Agent who was trying to mentor him! 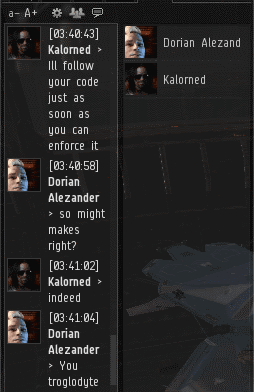 Luckily, Dorian calmed down long enough to engage in a new philosophical discussion. 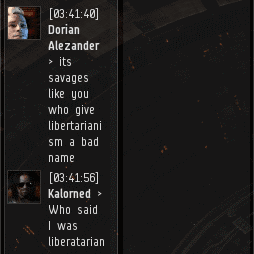 Nevertheless, Agent Kalorned was well aware that the carebear was teetering on the brink. If properly guided, he would see the error of his ways and purchase a permit. But if something, anything, went even slightly awry... The other thing would happen.