The New Order has powerful friends in nullsec, did you know that? Something, something, kills from the week of September 28th @ 00:00 EVEtime through October 4th @ 23:59 EVEtime.

Over the last two days, at least 23 freighters and 3 jump freighters have been incinerated. The ganker fleet compositions on killmails like this Nomad have caused widespread panic among the carebears. You can see why: 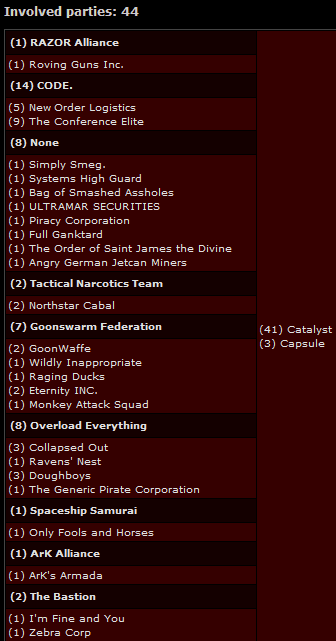 Yes, the CFC has teamed up with the New Order and other highsec warriors to unleash the power of love. The rebels have been paralyzed with fear--even more so than usual. Wild rumors are flying everywhere. 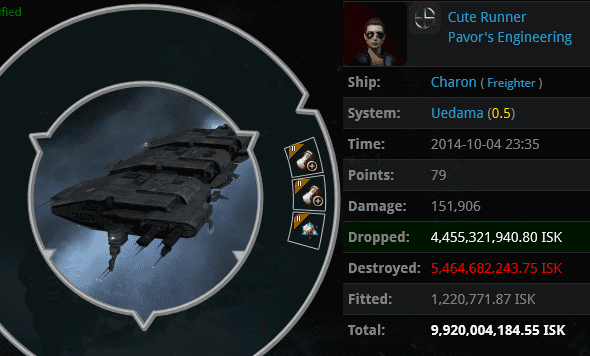 Anti-Order gadfly Veers Belvar urged calm among the rebels. It was just a few rogue Goons, he said. Nothing to worry about. And then The Mittani himself sent out a CFC-wide broadcast to comment on the killing of Cute Runner's freighter: 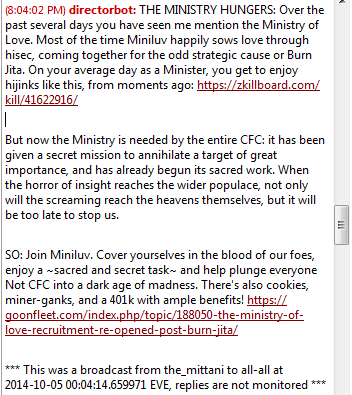 Of course The Mittani opposes senseless violence. But there's nothing senseless about enforcing the Code and slaughtering bot-aspirants. He urged more CFC forces to join up. (I'm sure all the talk about a "secret mission" will be received with calm thoughtfulness by the rebel carebears. It won't send them into a greater panic or fill their minds with conspiracy theories.) 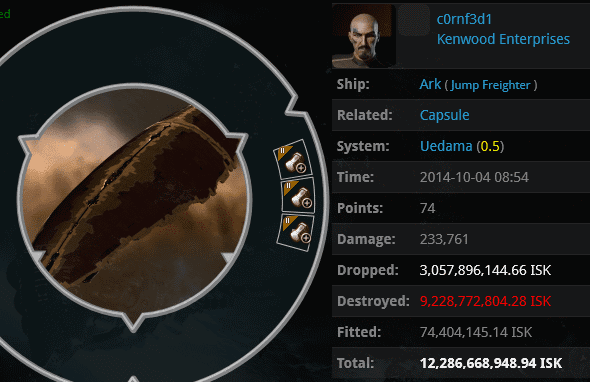 KILLMAIL
c0rnf3d1 didn't get the memo about the whole "permit" thing and lost a jump freighter. It was a mistake he'll remember for the rest of his life. The Ark and its cargo cost him at least 12 billion isk...

...Assuming all those capital and supercapital blueprints were copies, I mean. 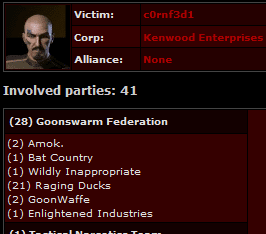 I could report the names of the 41 gankers on the kill, but instead I'll just highlight the participation of one of GoonSwarm Federation's lesser-known corps: The Raging Ducks brought 21 gankers to the party. I'm not familiar with them, but they seem like Gallants to me. I've been told that a gentleman named Gaara's Sniper multiboxed all 21 of those gankers. Miners, take note: This is how you multibox. 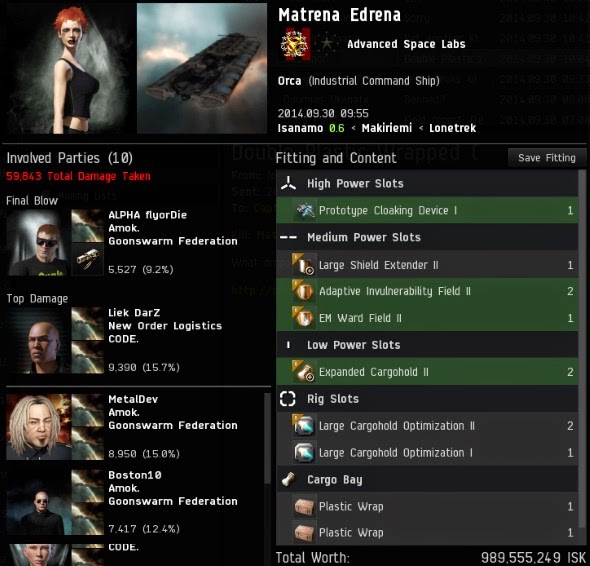 KILLMAIL
Matrena Edrena's anti-tanked cloaky Orca was carrying Plastic Wraps when it went pop. Unless the Plastic Wraps contained a mining permit, her secrets were definitely not safe. Agents Liek DarZ, MetalDev, Boston10, unknown boat, Plasma Death, ALPHA flyorDie, Sophia Soprano, X Page, Reaper xx, and loyalanon couldn't help but be curious, so they killed her and opened one of the packages.

A stack of 8 Proteuseses, worth over 1 billion isk! It would've been easier if Matrena just told everyone what she was carrying. And bought a permit. 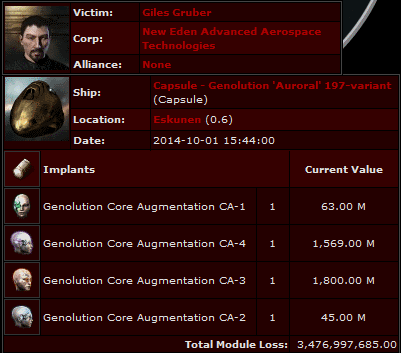 KILLMAIL
Ouch! Giles Gruber was flying a gruesomely fail-fit Mackinaw until it was opened up. He was then podded by Agents Salah ad-Din al-Jawahiri and Ron Erhlod and lost 3.4 billion worth of implants. 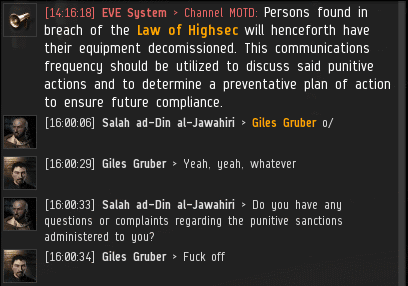 Giles had little to say in his defense. 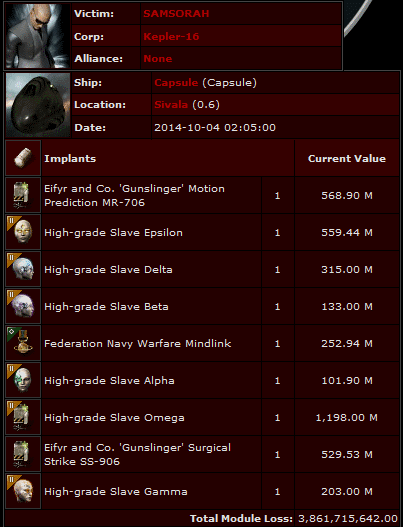 KILLMAIL
SAMSORAH was AFK on a gate in a blingy Daredevil. Miners complain about us shooting ships that can't shoot back, but SAMSORAH had every opportunity. Agent PV Rock popped the Daredevil and the 3.8 billion isk pod.

Carebears, you call yourselves defenseless, but it's your own choice to go AFK in highsec. The New Order is all about reminding you of the option to act like an EVE player. Stay alert and respectful, please. Oh, and do try not to engage in unnecessary speculation about the CFC's secret mission in highsec. Everything's going to be fine. You do have a permit, don't you?
Posted by MinerBumping at 20:00