A Saviour's work is never done. As the Father of the New Order, I need to keep a close eye on the Agents who act in my name. For instance: 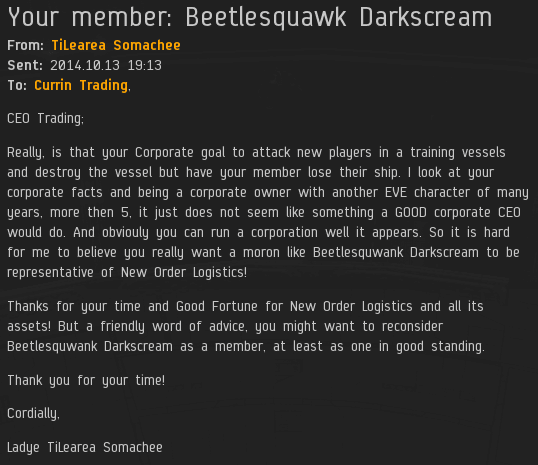 Agent Beetlesquawk Darkscream is one of New Order Logistics' most promising new members. He has already popped 180+ pods this month. Thanks to TiLearea Somachee's EVEmail, I also know Beetlesquawk is an excellent ambassador for the New Order. Well done!

One of the many reactions to the Order/CFC freighter ganking fleet. AFK bot-aspirants may be "nobodies", but everybody who enforces the Code is somebody. 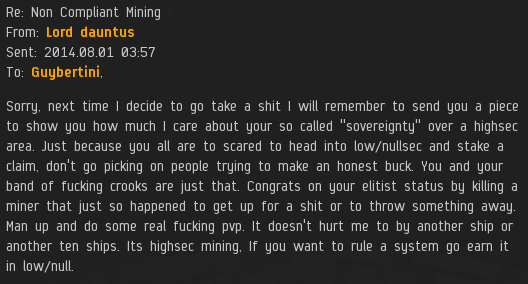 Lord dauntus excuses his illegal mining, explaining he was AFK to "get up for a shit or to throw something away". Well, which was it? I think he was throwing something away--his mining ship and pod. 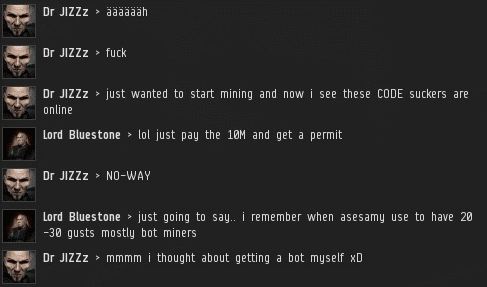 Seen here, the difference between the compliant and the non-compliant. A compliant miner engages with others and instantly grasps the wisdom of buying a permit. The non-compliant wants to be as much like a bot as possible. 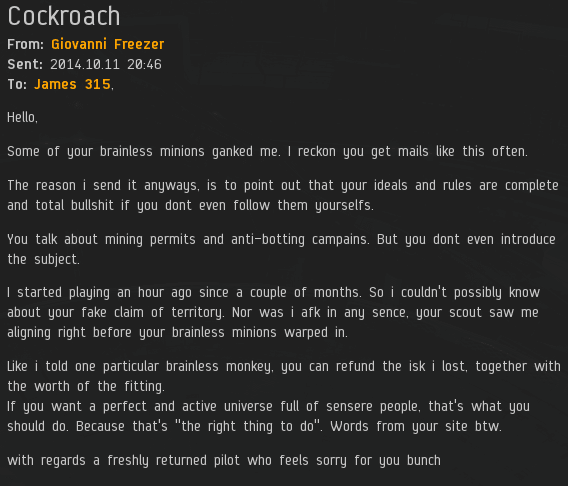 Giovanni Freezer is a glass half-empty kinda guy. Upon returning to EVE, he learned about the New Order after only an hour of playing. I'd call that a prompt warning--and efficient work! 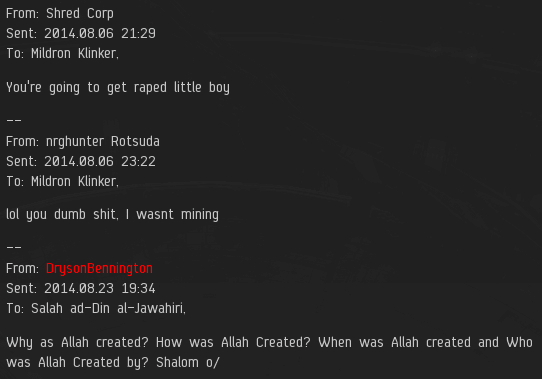 A mix of carebears' reactions to getting ganked: Threats, denial, and curiosity.

Holdat Janau recommended our gankers move to nullsec. When he realized that was unlikely to succeed, he filed a petition. I've noticed a lot of the "go back to nullsec" business lately. Highsec carebears are almost disdainful of nullsec now, as though they think they're above it.

Our gankers come from all over. Marcel Devereux is the CEO of Aideron Robotics. He's concerned about our influence. I wonder why?

Deyne Well cried. He cried, but Well's well wasn't dry. Not yet. 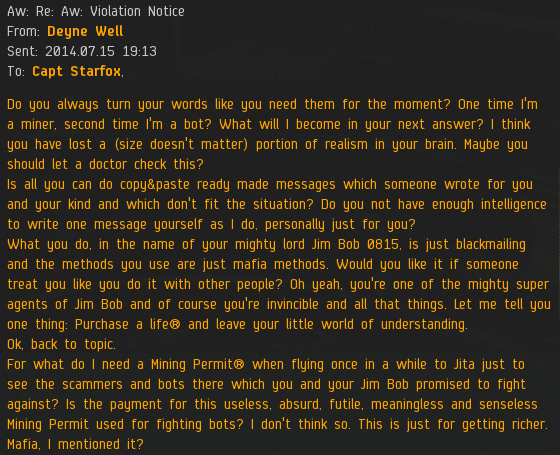 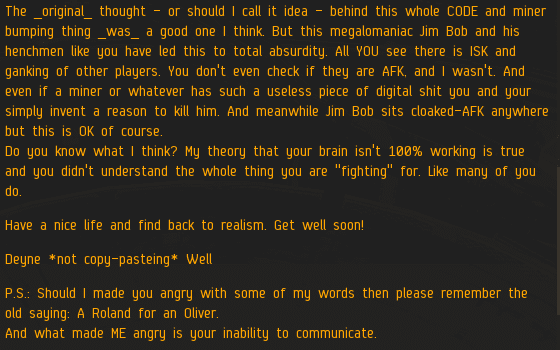 Much better. If you must cry about getting ganked, let it all out.

Instinctively, the miners recognize that our gankers are the reincarnation of Alexander the Great. They're so good at what they do. Oh, and miner pods aren't collateral damage--they're the primary target.

Sigh. It's as I said: A Saviour's work is never done.
Posted by MinerBumping at 18:31