Kills of the Week: Justice Edition

A month ago this week, a wave of permabans was unleashed against numerous generators of emergent content in highsec. Among the fallen were several Agents of the New Order. Our enemies declared victory. They said it was the end of the Code. Our numbers would be on the decline, they said. We would no longer be able to field fleets of gankers. Highsec would finally be safe. 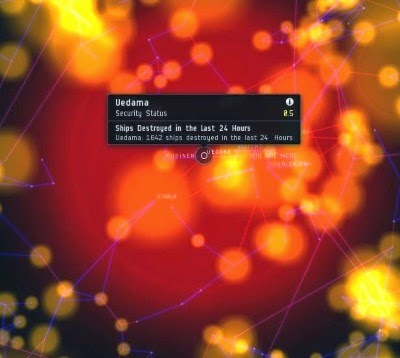 A funny thing happened this week.

The New Order and its allies came together and launched a "wave" of its own. It was a wave of justice. Naturally, justice came in the form of a lot of burning freighters and screaming carebears. How many is "a lot"? Allow me to put this campaign into perspective:

In 2012, the CFC/Goons announced their first Burn Jita event. It made headlines. A "traffic advisory" was put on the load screen for everyone who logged into the game. CCP Unifex did interviews about the event, calling Burn Jita "fucking brilliant". All told, the first Burn Jita resulted in the destruction of 53 freighters and 12 jump freighters.

Since October 4th, the New Order's fleets have killed at least 134 freighters and 10 jump freighters.

The freighter-killing campaign spread panic all across the EVE galaxy. Rebels were confident they could stop our gankers. But when they saw fleets of 30-40 Catalysts pouring onto the freighters, the rebels could do nothing but flee in terror. They returned to their channels, which were filled with the usual backbiting, blame-gaming, and conspiracy-theorizing about why the New Order couldn't be stopped.

The panic even spread into nullsec, where owners of some of the freighters and jump freighters lived. The New Order's effects were felt everywhere. The organizer of EVE Down Under, Australia's biggest EVE fan gathering, lost his freighter (loaded with cruisers for the event) literally one second before downtime. EVE Down Under reported on the loss.

The venerable Red Frog Freight service was hit hard. In a shocking move, Red Frog announced they'd been forced to raise their price per jump by 43%. In addition, they were forced to take emergency measures for the rest of October, including a ban on all contracts starting or ending in Uedama, longer queues, and requiring their courier contracts to be given at least 10 days to complete. Red Frog could only guess about the cause of the ganking spree; they speculated it was nullsec rising in protest about the upcoming jump drive changes. 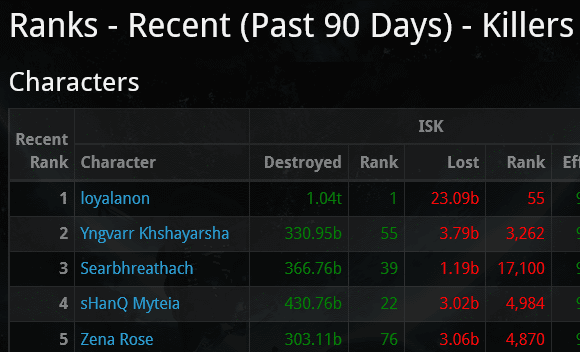 Fleet commander loyalanon soared to the #1 spot on zKillboard, inflicting more isk damage than any other player in the entire game. Here's a quote from loyalanon, who didn't seem very concerned about jump drives:


"Why am I doing this? To remind CCP and other players that code wont go away, and that we are still capable of destroying hundreds of billions of isk because we feel like it and because someone needs to keep the GM's in a job."


The destruction of the freighters was done to make a point. The New Order cannot be stopped. You cannot kill an idea. You cannot even ban an idea. The CODE will always win. 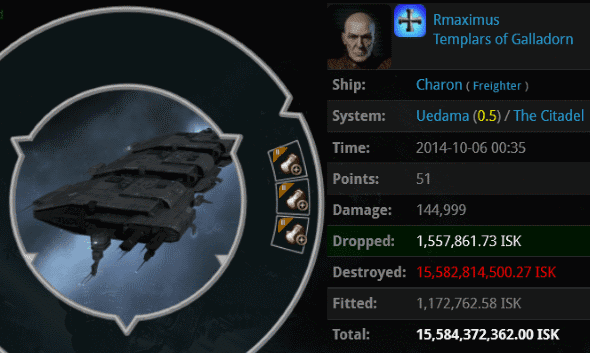 As long as we're here, let's enjoy looking at a handful of these numerous--though precious--kills. Rmaximus lost a freighter worth over 15 billion isk. Why was it so expensive, you ask?

...It contained a bunch of Panthers. Go figure. 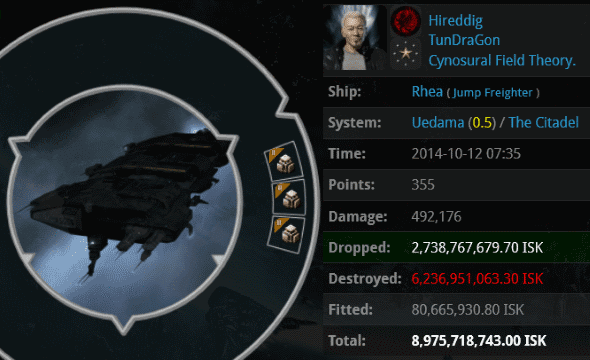 Nothing was spared. Hireddig flew a fully-tanked jump freighter. It had nearly half a million raw hitpoints. What it didn't have: A mining permit. Or a chance of survival, once a fleet of 37 gankers landed on it. 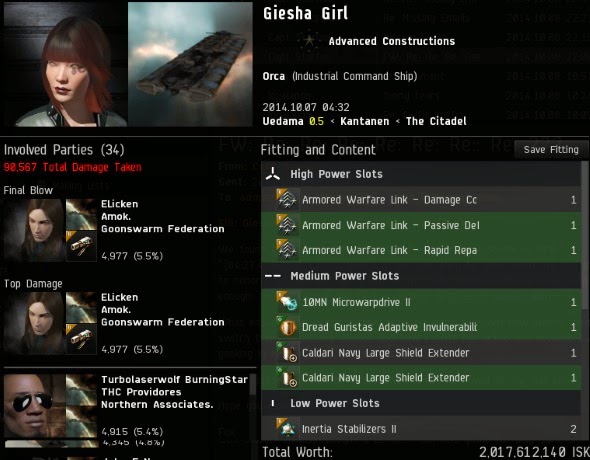 Freighters and jump freighters weren't the only ships that tasted justice during the campaign. Giesha Girl's 2 billion isk agility-tanked Orca was torn apart.

Giesha wasn't bothered at all. Not in the least. The destruction of her 2 billion isk pride and joy was hilarious to her, because her death proved how pathetic everyone else is. 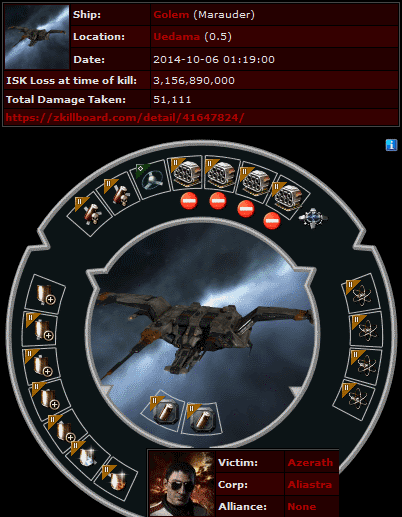 As usual, there were some monsters to slay. Azerath's 3 billion isk fail-fit Golem was put out of its misery as it attempted to transport goods through the system. 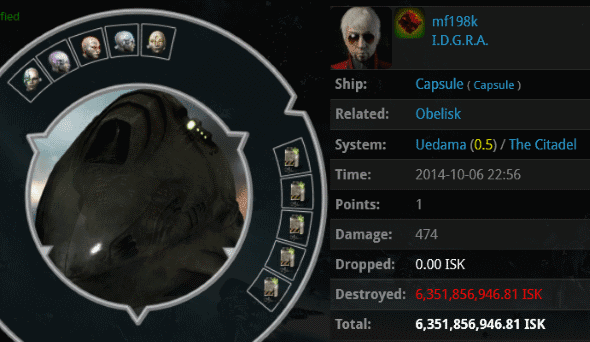 Pods weren't spared, either. mf198k was blissfully autopiloting in an anti-tanked freighter when he was caught and podded. Over 6 billion in implants were vaporized in an instant. FYI: Permits are on sale right now for only 10 million isk. 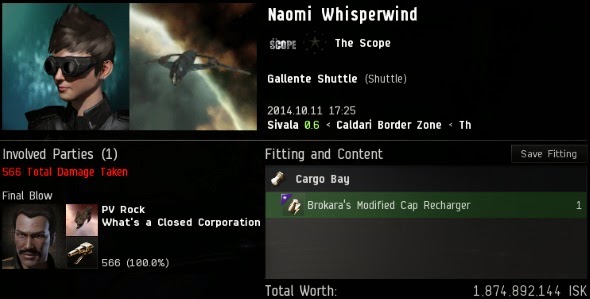 Although most of the action was in the freighter fleets, individual Agents continued their tireless efforts across highsec, enforcing the Code with quiet dignity. Naomi Whisperwind met one of those Agents, a good man named PV Rock. Naomi had a 1.8 billion isk Gallente Shuttle. She lost it. PV Rock convo'ed her and demanded an explanation of her crimes:

As you can see, Naomi had no excuse. As long as we're talking about PV Rock's kills this week, I might as well add in one more little killmail: 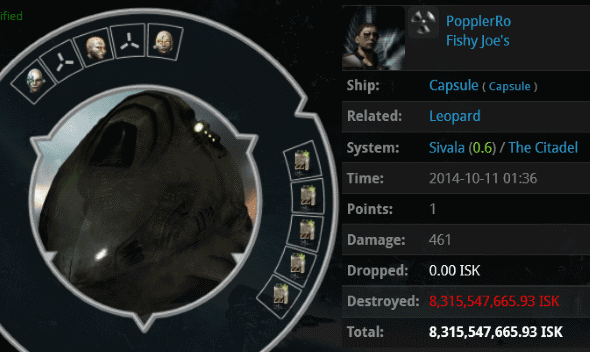 Yowza! PopplerRo went on autopilot with a Leopard shuttle; Agent PV Rock removed the Leopard and took a bite into the 8.315 billion isk pod inside. This is one of the most expensive pods I've ever seen. There are no words. PopplerRo certainly didn't have any words after his loss--he didn't even a drop a "gf" in local. Typical Code-violator. I'd like to think Agent D400 was there with PV Rock, in spirit, when that pod was killed. I know D400 would be very proud.

So the New Order didn't end. It only grew more powerful, into the Most Relevant Organization in EVE. I'm sorry to disappoint our enemies. But I must confess...

We're only just getting started.
Posted by MinerBumping at 21:56