Highsec is a magical place now that the New Order is in charge. You never know what you're going to see, what kind of people you'll meet... 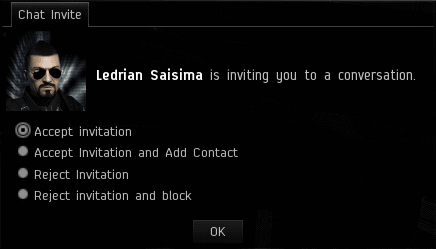 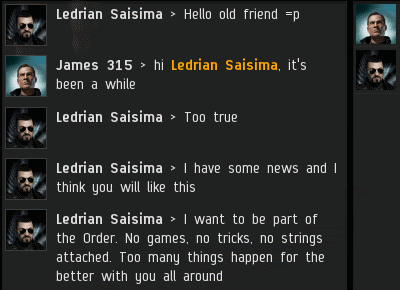 I was greeted by our old pal, Ledrian Saisima. He first came to the New Order's attention many moons ago, when he told us he'd infiltrated our organization to learn our "schedules". The master spy was expelled, and he periodically tries to infiltrate us again to get revenge or something. This time was different, he said. 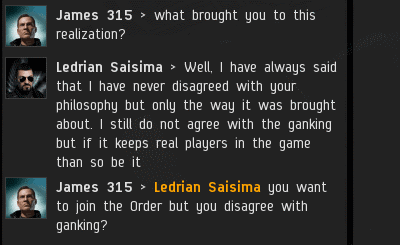 However, a red flag was raised only seconds after the convo began.

Aaaaand back to the drawing board. See you next year. 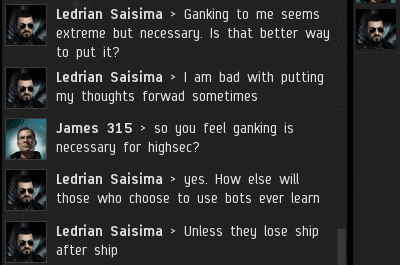 Actually I'm just kidding. The convo didn't end there. I always give Ledrian the chance to explain himself. It's the least I can do, considering all that he's contributed. 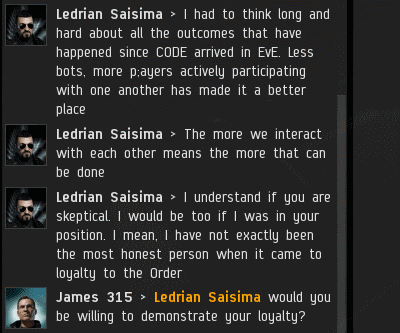 I offered Ledrian the opportunity to prove his loyalty. If he contracted me all of his assets and sang on TeamSpeak... No, not really. 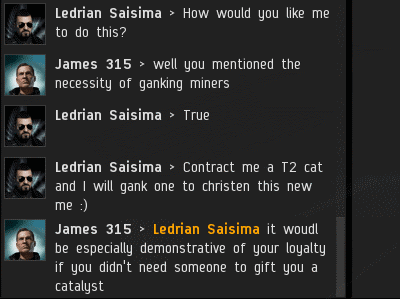 Ledrian recently (a couple minutes earlier) changed his mind about whether ganking was a good thing. Now that he agreed it was so imporant, it seemed fitting he should gank some miners. 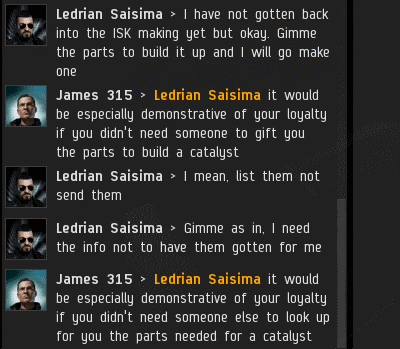 But, as usual, Ledrian wanted to cut corners. No deal. He would need to do this on his own. 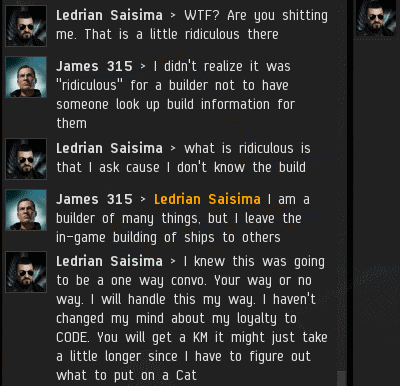 Ledrian was getting a bit frustrated with me. I don't know why. It was his Hero's Quest, after all.

I gave Ledrian another golden opportunity to impress me with a grand gesture. He skimped. 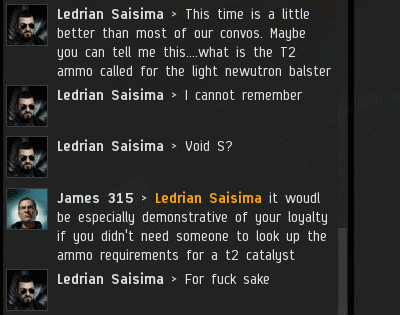 Things got off to a rocky start, but Ledrian was determined to prove himself. 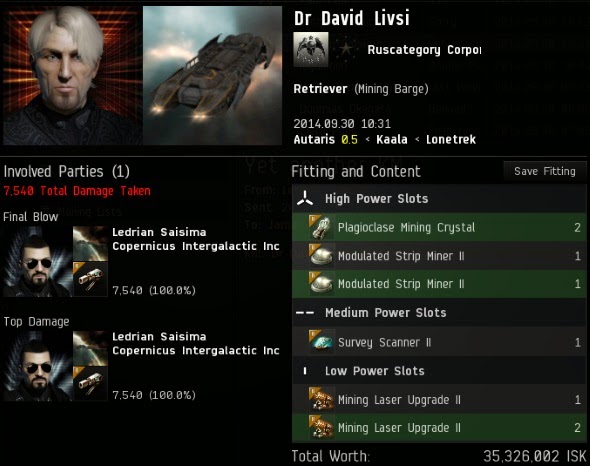 Ledrian went forth into the wilds of empire space and began killing miners in the name of the Code. He sent me a handful of killmails. Perhaps, in time, Ledrian will be able to win the trust of the highsec community. Meanwhile, I'm perfectly content to allow Ledrian to continue slaughtering bot-aspirants on his own. The road to redemption is a long one, but every step is well worth the effort.
Posted by MinerBumping at 17:59