How We Can Stop the Carebears; A Call to Action

Sasha Nyemtsov is no quitter. At long last, we have reached Parts 9 and 10 of Sasha's audio recording of the Manifesto II. 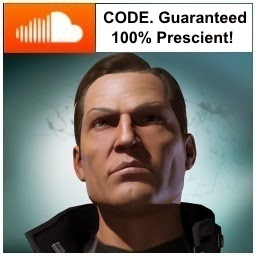 I'm known as EVE's greatest "truth-teller" and "real-talker", one who doesn't flinch from telling it like it is. However--at the very same time!--everyone knows I'm an optimist. I don't just identify problems; I identify their solutions. Fittingly, the Manifesto II closed with a stirring call to action. Congratulations to everyone who read/listened to the entire thing.

Every good DVD comes with bonus features, so here's one for you: Sasha has written a column over at HalaimaCode explaining how he made his recordings. Very illuminating stuff for all the Sasha fans.

Though he's finished the Manifesto II, Sasha doesn't plan on disappearing. I know of at least one ~secret project~ he already has in the works. I won't say anything yet, except that I think a lot of people are going to enjoy it very, very much.

While you're thinking that over, why not watch the latest YouTube video in The New Order Gamis Affiliates' The Code is Forever series?
Posted by MinerBumping at 19:11