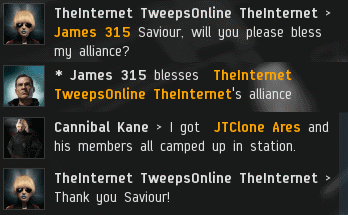 The epic saga of The Clone Republic came to a conclusion last week... 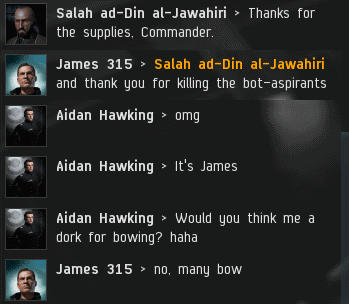 ...So now it's time to get back to business as usual. 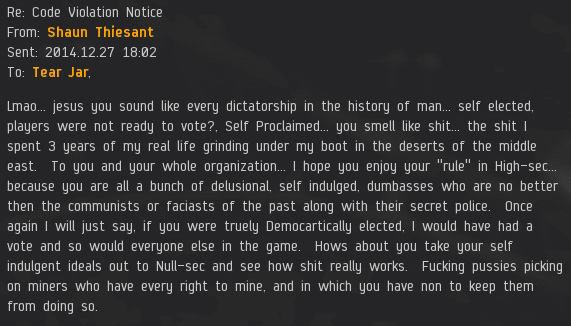 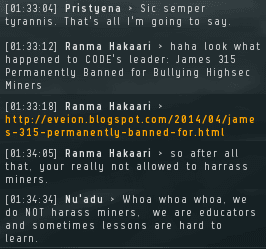 It was inevitable, but here's the proof: Miners will believe articles from the "EVE Onion" if they offer solace.

In other news, the highsec resistance has apparently grown to include a total of seven members. Seriously though, everyone knows who I am. I'm the Saviour of Highsec.

If you ask a miner if he's familiar with the Code and the answer is anything other than, "Yes sir, and here's money for my mining permit," the miner isn't yet familiar enough. 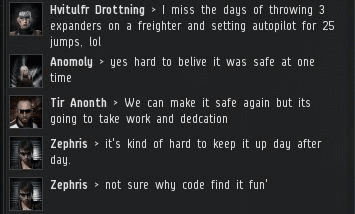 Even the Anti-Gankers have to admit it now: Times are a-changin'. 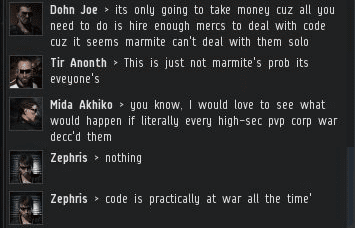 Remember when carebears pretended that the New Order didn't exist, and was made up entirely of my alts? Now they think we could only be stopped "if literally every highsec PvP corp" fought against us. Or they concede that even then, we would not be stopped. 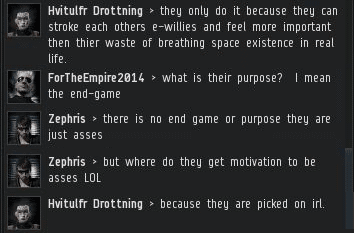 With no one to stop us, I suppose we'll simply need to keep nudging highsec into Code-compliance. 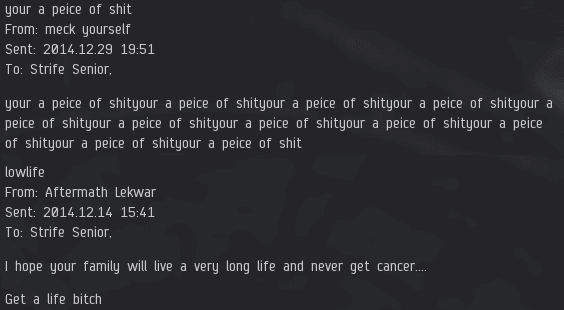 Agent Strife Senior received some unpleasant EVEmails. Did the miner really want his family not to get cancer, or was that sarcasm? To find out, we need context. We'll need to look at what the other miners have been writing to their Compliance Specialists lately...

In fact, there does seem to be a trend of carebears wishing death upon the family members of our Agents. Perhaps, like Superman, our Agents are seen to be invincible, and the villains direct their attacks at our Agents' loved ones.

Miners, when an Agent tells you "no cursing", he doesn't just mean you're not allowed to use profanity. He means no literal cursing, either.

Is this the beginning of a new Miner Bingo square? Putting hexes on a ganker's family is a thing now? After Agent Ilithyia Borgia destroyed Caitlyn Enderas' Retriever, her family got cursed. (Not to worry: A well-known antidote is to forward copies of the Code in a chain-letter across highsec.)

If you've ever wondered why players are leaving the resistance in droves and signing up with the New Order, take note.
Posted by MinerBumping at 19:20