Bot-aspirant carebears view everything in terms of isk. The Agents of the New Order know better. Each time a violator is killed in the name of the Code, it represents not only the destruction of isk; it represents a triumph of the human spirit. Each individual kill has its own story. The fact that the New Order scores thousands of kills per month doesn't lessen the importance of each story. Let's enjoy some feel-good stories that occurred during the week of January 11th @ 00:00 EVEtime through January 17th @ 23:59 EVEtime. 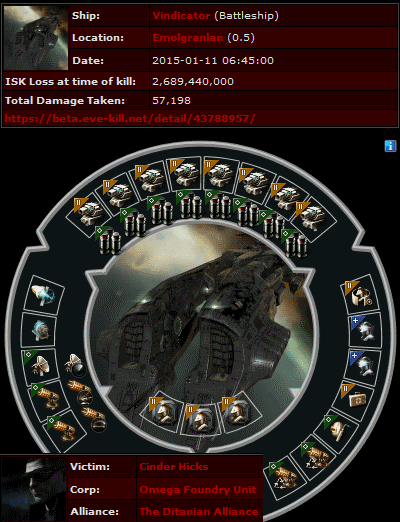 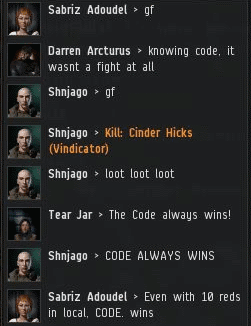 Our fearless Agents were overwhelmingly outnumbered by the war targets in local. But the enemy corporation was unable to save the Vindicator. They assumed our Agents can only kill ships that don't shoot back, and that we cannot engage in honourable, elite PvP. As usual, the New Order proved its critics wrong. 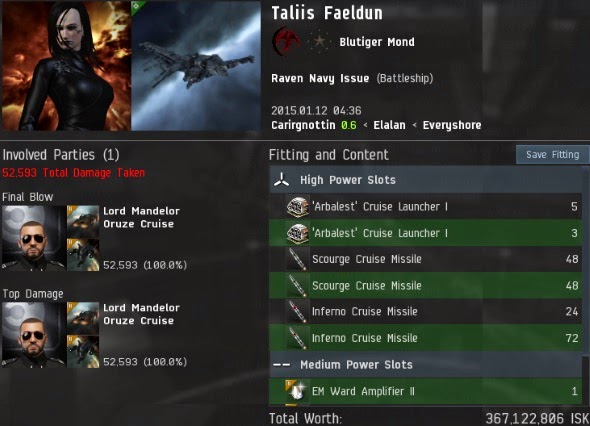 Taliis Faeldun's Raven Navy Issue was defeated by a mere Skiff! The reason is simple: The Skiff was piloted by Agent Lord Mandelor, who proved that when the New Order is at the helm, even a mining ship can be deadly. 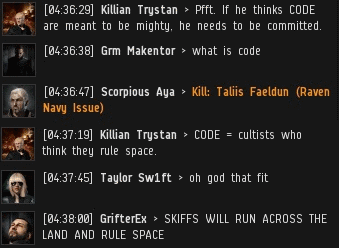 The Skiff had gone suspect after taking some ice from someone else's container. 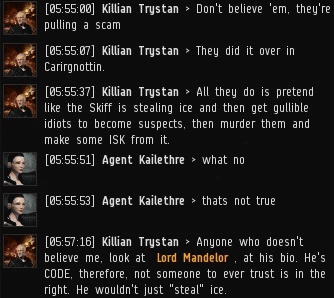 The Raven Navy Issue underestimated our Agent's power, and he got himself killed. Always bet on Order. 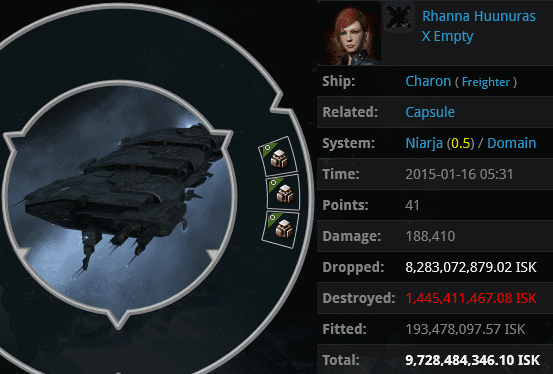 Rhanna Huunuras had a bad day. She lost her 9.7 billion isk freighter, along with a 2.7 billion isk pod. She had failed to buy a 10 million isk permit, so she was forced to surrender her cargo.

In the end, she refused to give us 10 million isk, but she made a contribution of 8 billion isk in loot. This was happily taken by Agents GrayFox247, Emotion Sasen, Kahvegi, Cytheera, Allannon kado, Lady Ati, codras, Quaker Oatmeal, Sasha Cohenberg, Ms Minmay, Ricki Lake Show, Cancel Cancel DockBackUp and Commander Jack Simmons. 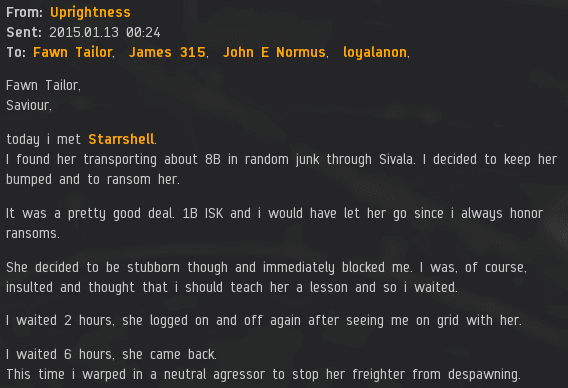 Agent Uprightness captured another unlicensed freighter using the power of the bump. But the freighter pilot acted like a typical bot-aspirant and chose to block our Agent. As if this is a single-player game where you don't need to interact with others if you don't want to... 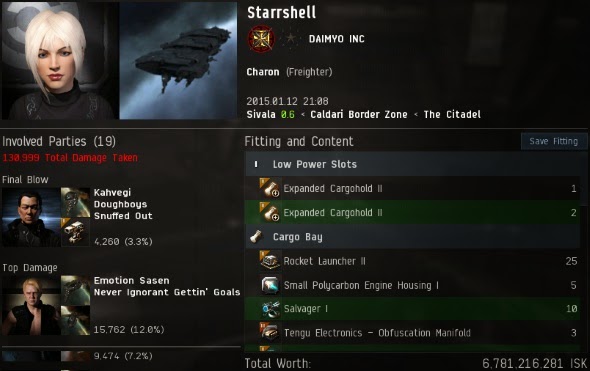 Luckily, Starrshell was brought to justice. She lost everything she had, but according to Starrshell, this didn't matter: 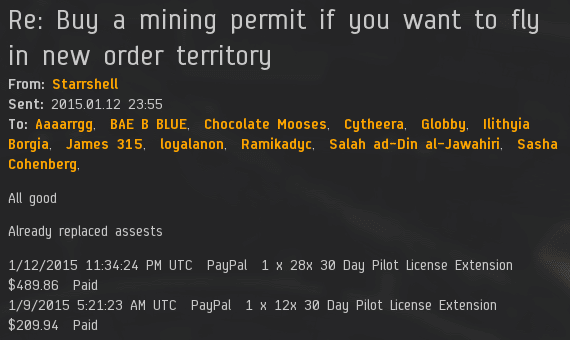 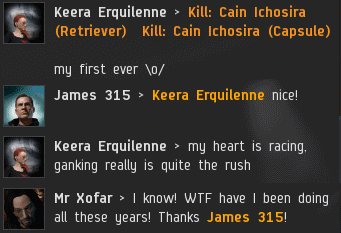 Agent Keera Erquilenne is new to the ganking business. In fact, I witnessed her very first kill just the other day. As any Agent will tell you, a brush with the Saviour of Highsec is always good luck. Two hours later, Keera scored her second kill ever. Inside the bot-aspirant Retriever, she found this: 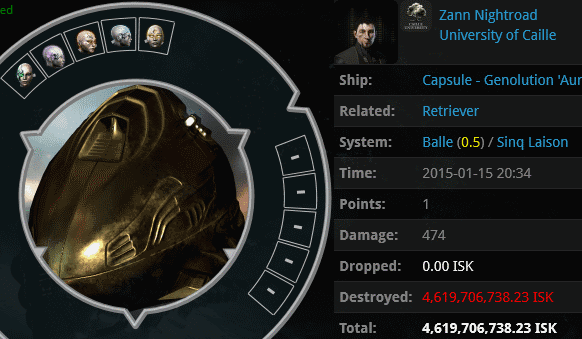 ...A pod worth 4.6 billion isk! Zann Nightroad had a Genolution-fit pod hidden inside that unassuming Retriever. Agent Keera Erquilenne has only just begun her new life as a ganker, and already she's earned the Podkill of the Week.

Carebears, you can spend eight or nine years slaving away in the asteroid belts. It will come to nothing. No one will remember what you did. In time, even your own recollection of your mining days will become fuzzy. That's one option.

Or you can join the New Order and take up arms against the bot-aspirants. Within a matter of days--or even hours--you will make history. Like Keera proved, you could become a star in no time at all! That's the sensible choice, don't you agree?
Posted by MinerBumping at 21:57