2015 is shaping up to be a good year for highsec. More and more players are taking advantage of the benefits of New Order citizenship. Miners with permits are in good company these days. However, there are still many ships being piloted by those who resist the Code, and it's important that we keep killing these individuals. Our Agents scored some notable victories during the week of December 28th @ 00:00 EVEtime through January 3rd @ 23:59 EVEtime... 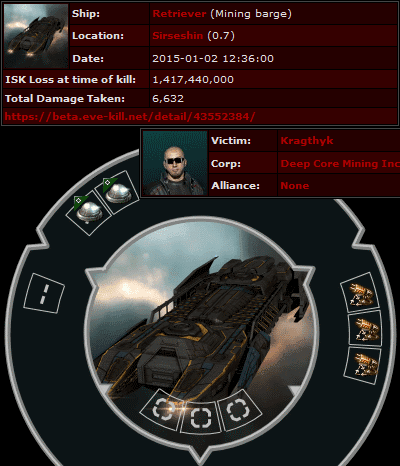 Kragthyk lost one of the most expensive Retrievers yet, worth over 1.4 billion isk. Despite the money spent on fancy ice harvesters, Kragthyk didn't see fit to invest in any tank--or a permit. He was dispatched by Agents Axel Plathe, Pupsius Buduliauskas, and Tony Makkenzy. They were amazed by what they saw on the killmail: 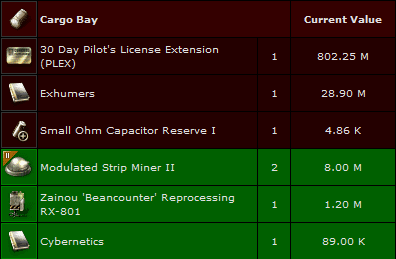 A Retriever with a PLEX in its cargo? He would've been better served spending that month of game time catching up on his MinerBumping reading.

Don't feel too sorry for "new player" Kragthyk; his character is over four years old. 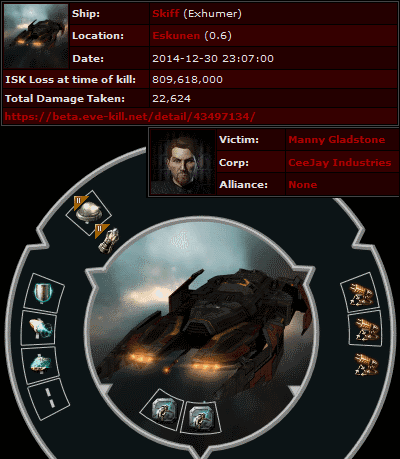 Someone told Manny Gladstone that New Order Agents can't gank Skiffs. Someone lied. Nothing is beyond our power these days, especially when a Skiff pilot doesn't bother to tank said Skiff. Agents Xia Absent, Dekiranu, Salah ad-Din al-Jawahiri, and KoHfeTHbIu TpoLLb had little difficulty amassing the DPS needed to take out this menace to highsec.

Instead of tank, the Skiff bulked up on expensive named mining upgrades. None of them dropped, but our Agents know that there's more to EVE than grinding isk. There's Code enforcement... There's lots of stuff. 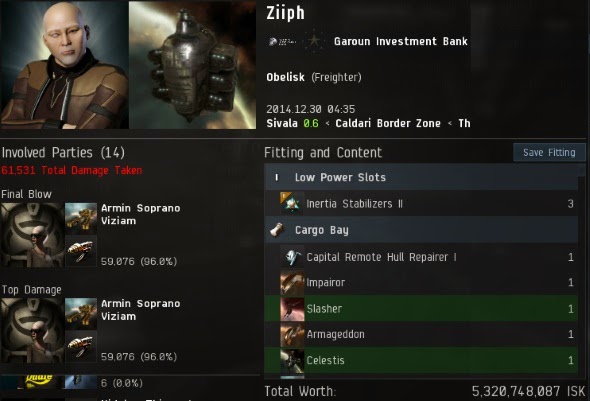 Anyone interested in a duel? Freighter pilot Ziiph saw little harm in accepting an invitation to engage in PvP with a lowly Venture. What Ziiph didn't realize is that an Agent of the New Order is powered by more than ships and modules; he has the Code. Agent Armin Soprano was up to the challenge of (slowly) tearing apart the freighter with a laser-equipped Venture. At the last moment, Armin was even thoughtful enough to invite Agents Ariadne Andenare, Xae Kae, hobosupreme, Nidalee Thiesant, Spine Ripper, loyalanon, Keraina Talie-Kuo, Krominal, LarcatOfZion, Cytheera, Honsou Blackblade, Kahvegi, and Chocolate Mooses to get in on the killmail.

Judging by the @NewOrderGamis Twitter feed, carebears are still polluting that fragile system. They even bring in their filth from nullsec alliances like CVA. 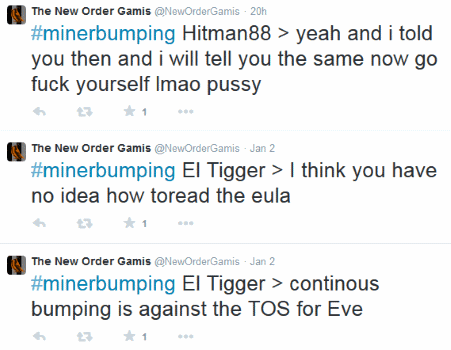 The new year hasn't slowed them down one bit. That's where our Agents come in: 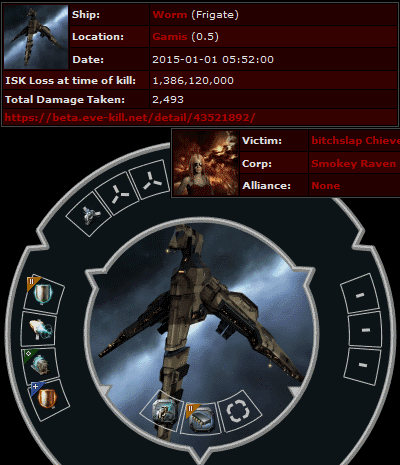 Gamis was invaded by a no-good Worm piloted by a worm, bitchslap Chieve. Her bio, which could have been used to pledge loyalty to me, was as empty as her lowslots. Agents Keraina Talie-Kuo and Krominal took care of her--costing the worm 1.3 billion isk in the process.


Once again, competition for Podkill of the Week was competitive. There was a 4.7 billion isk pod, and even a 4.9 billion isk pod. Then this next fellow rolled into highsec, protecting his pod with nothing but a rookie ship... 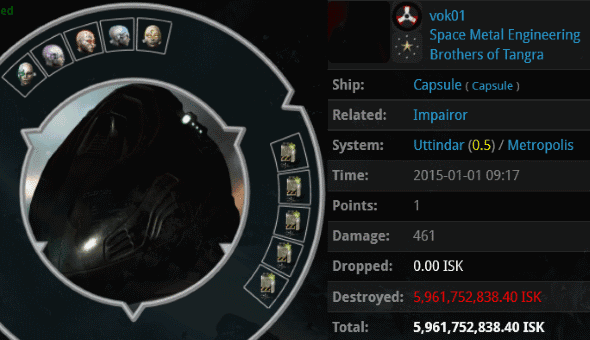 Ouch! vok01 wasted about 6 billion isk on implants, which were quickly fried by Agent Posax's smartbomb cruiser. As it turns out, vok01 is a member of the Brothers of Tangra renter alliance, whose ticker is "B0T". Now, what those folks do out there in nullsec is their own business. But when they import their bot-aspirancy to highsec, it becomes our business.

As for the carebears who live in highsec full-time, it's especially important to set a good example for all the visitors from lowsec, nullsec, and wormhole space. Let's make it our New Year's resolution to get everyone on the same page. Follow the Code.
Posted by MinerBumping at 23:20