How can we grasp the nature of emergent gameplay? At its core, it is change. Instead of a game ruled by a limited set of pre-made routines, EVE is subject to the infinite diversity of humanity. Some players are good; others are bad. The best players change the game for the better. Unquestionably, EVE is a better, more interesting game because of the New Order and everyone who contributes to it.

Then there are the "problem" players--the carebears and bot-aspirants of highsec. They range in quality from bad to worse. That's the theme of today's post: The bad and the worse. Let's examine the bad carebears and the worse carebears who were killed during the week of January 18th @ 00:00 EVEtime through January 24th @ 23:59 EVEtime. 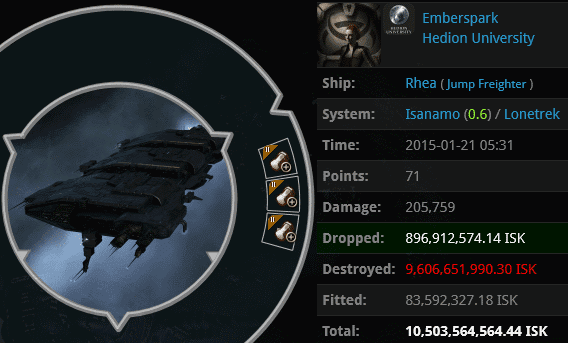 Emberspark lost 10.5 billion isk as a result. Perhaps she was relying on the large number of hitpoints a jump freighter possesses. In my highsec, the bot-aspirant can no longer hide behind hitpoints. But she at least had a reason for thinking she'd make it... 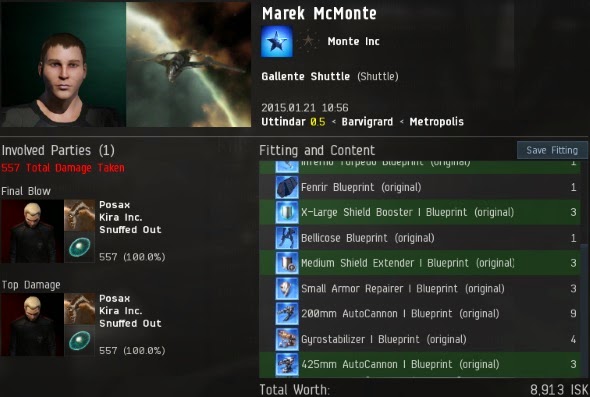 ...Unlike Marek McMonte, who took a library of Blueprint Originals and stuffed them into his shuttle. Estimates vary as to the value of his blueprint library, but it cost him billions of isk when Agent Posax clobbered him with smartbombs. Marek didn't even have the excuse of thinking his hitpoints would protect him. Why would you not have a New Order permit in this situation?


Now for another example of bad and worse:


Johan Brew > would you like ship removal or pod expediting services?
mikion > nope im mining
Johan Brew > in a rokh?
mikion > yea cause im not an idiot

Highsec miner mikion made a huge mistake. No one reading this post can fail to guess what happened next. 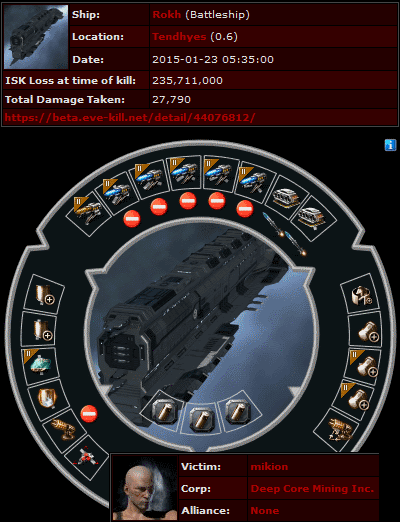 mikion flew one of the most disgusting ships I've ever seen. If that weren't bad enough, he thought he was making a smart move. He looked down on the other miners, the "idiots" who fly ships that aren't as good as a mining Rokh. In the pre-Order days, he might've gotten away with it, too. But Agents Ono Tanaka, Chocolate Mooses, Elessarus, Martyr Oira, The Occidental, and Johan Brew were there to discipline him. They forced him to justify his actions.

If the miners are to be believed, virtually everyone who plays EVE just got back from a long break. CCP's subscription numbers must be going through the roof, right?


Chocolate Mooses > Did you think that perhaps taking some time to examine the political systems and the local law enforcement BEFORE undocking would be a smart idea?
mikion > well from what i remember of the game was diffrent
Chocolate Mooses I see. Well, now you are aware of the law of high-sec. A new order permit is 10 million ISK per year.
mikion > ill do that another time i just finished what i needed to do thanks for the heads up on the new game rules
Chocolate Mooses > Player created content is what EVE is all about! Good fight, and please get yourself CODE compliant as soon as possible!
mikion > ill do my best for right now still getting the hang of thing since it has all changed
mikion > its a game cant get mad at if for players being better than me

Despite the darkness, there was a glimmer of hope. mikion was humbled by the experience. He acknowledged the greatness of the Agents who had defeated him in battle. Things could be worse, though you wouldn't know it by mikion's fail-fit Rokh. 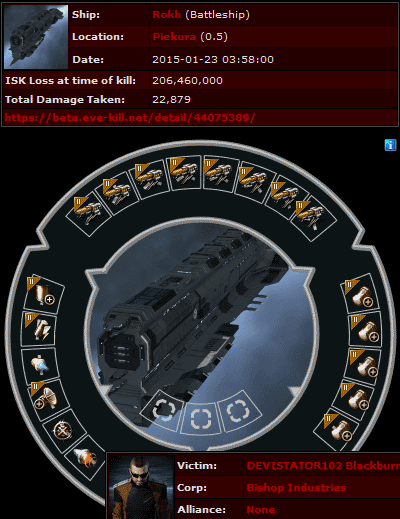 ...Which brings us to the second fail-fit mining Rokh that was killed this week. DEVISTATOR102 Blackburn didn't feel the need to fit weapons or rigs or much tank at all, but he did go all-in on the cargo expanders. What makes this fit truly inexcusable, though, is that DEVISTATOR102 owned a mining permit. He knew better. He paid his 10 million isk.

If the mining permit were simply a tax on highsec, we'd make it cost a lot more than 10 million isk. The permit is only a piece of a much larger puzzle. Everyone who reads MinerBumping knows how I feel about mining Rokhs. I don't like 'em. Never have. If you're Code-compliant, you won't fly one. Period. The next time you're building a ship, you should ask yourself this question: "Would James 315 approve of my ship?" It won't indicate that in EFT, but it should. In highsec, my opinion can make the difference between survival and destruction. I told you we were making this game better! 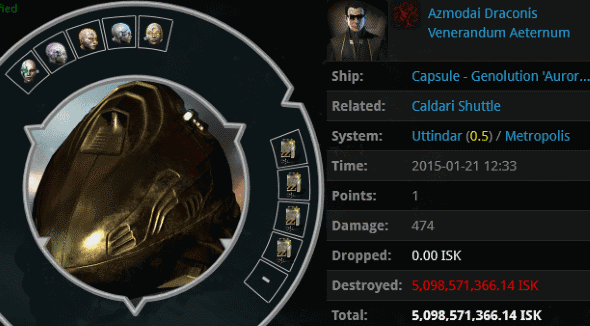 Azmodai Draconis fell victim to Agent Posax's smartbombs, costing him over 5 billion isk in implants. I don't know why he felt the need to carry such expensive (read: decadent) implants, or why he went traipsing around highsec in a shuttle. What I do know is that as bad as this was, it could've been worse... 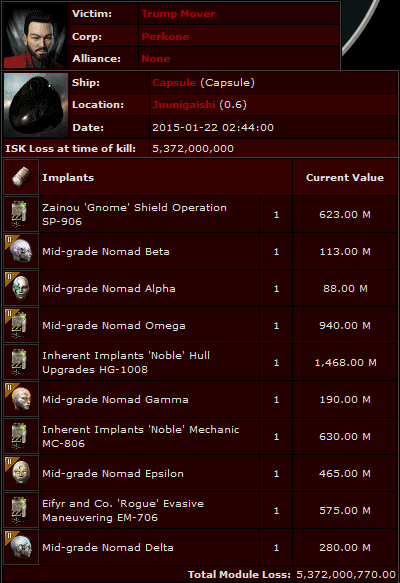 Trump Mover unwittingly gave Agent Martyr Oira the Pod Killmail of the Week with this 5.3 billion isk travesty. Judging by the implants, this carebear seemed to be very concerned about his agility. Why? Because he was a hauler pilot. He wanted to minimize his align time. Trump wanted to save a few precious seconds each time he traveled to another system. After enough hauler runs, he probably did save a fair amount of time. But his time would've been better served reading the Code. He lost this pod after losing a 6.2 billion isk jump freighter. It was triple-anti-tanked.

If you're a carebear and you're reading this for whatever reason, I want to give you a message of hope today. You don't need to be the "worse" carebear. You don't even need to be the "bad" one. You can be a Code-compliant citizen of highsec and a full member of the New Order family. Isn't that better than losing all your stuff out of pride and bot-aspirancy?
Posted by MinerBumping at 22:35