"Mining without a permit is but a minor offense, like jaywalking," says the carebear. "Where's the harm in it?" 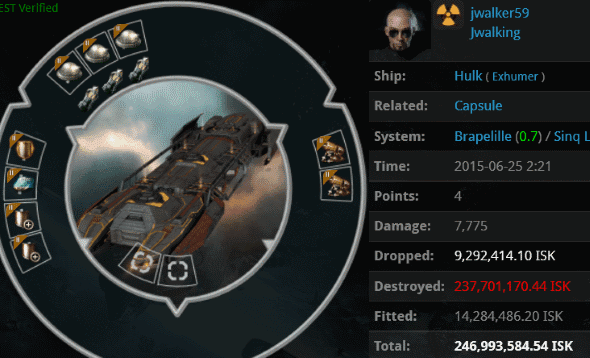 But jaywalking is dangerous, and can get you killed. An elite squadron comprised of Agents Capt Starfox, John E Normus, and loyalanon entered Brapelille, a strategic system in Gallente-themed New Order space. The three heavy hitters engaged jwalker59's Hulk and decisively won the battle. 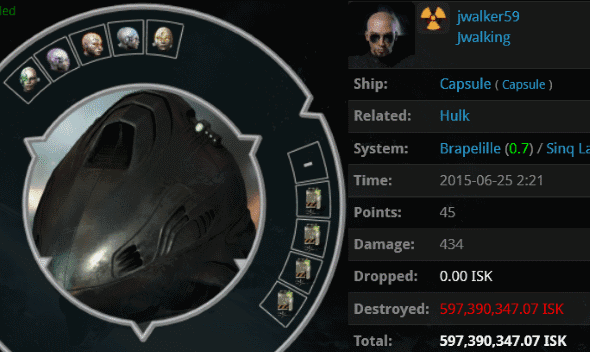 jwalker59, along with his other alts in Jwalking corp, was a "new player" in the carebear sense: He'd been playing EVE for more than 5 years. He was still a highsec miner. And not a very alert one, since his pod failed to escape in the aftermath of the New Order's victory at the Battle of Brapelille.

One of jwalker's alts initiated diplomatic contact in Brapelille local. 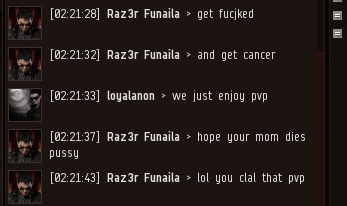 Another of jwalker's alts, Raz3r Funaila, continued the tearmaking. A lot of carebears switch alts in the middle of a conversation. It's an instinctive behavior; some animals do similar things to puff up and make themselves appear bigger when threatened. 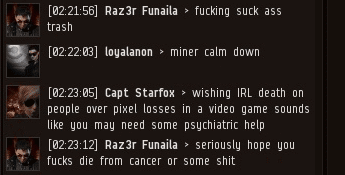 Raz3r belonged to the "cancer" school of carebear thought. It is closely related to the "I hope your family dies" carebearist philosophy, which Raz3r also espoused. 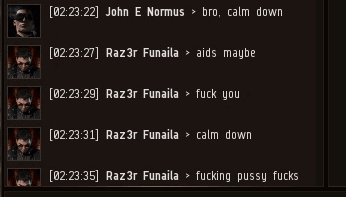 The miner was a disobedient one. Not only had he refused to purchase a permit; he refused to calm down when explicitly commanded to by highsec authorities. 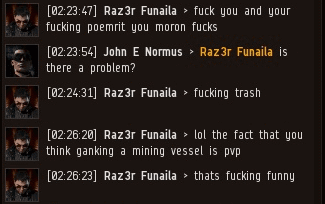 After five years of "playing" EVE, Raz3r had developed some bad habits. He also had some misconceptions about the game. He couldn't recognize PvP even when it came up and slapped him in the face. 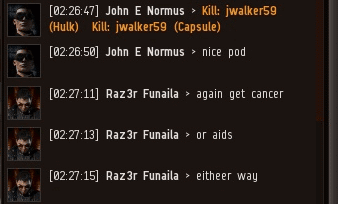 As our Agents tastefully celebrated in their victory in Brapelille local, the miner intruded, a skunk at the garden party.

Would this miner ever calm down? Anecdotally, I've found that the best way for a miner to calm down is for him to purchase a permit. But Raz3r wouldn't even do that. 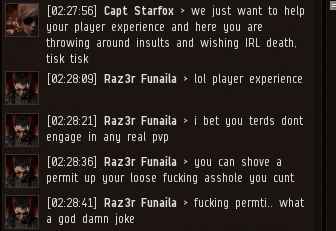 The five-year veteran of EVE who had never done anything but mine in highsec continued to squawk at our Agents about the meaning of "real PvP". 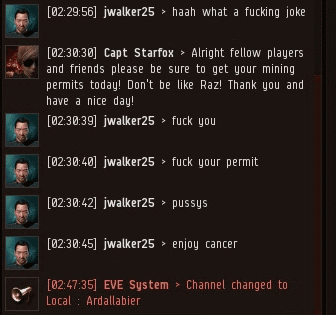 From the safety of a station, the miner switched alts again and the flow of tears resumed. They did not cease, even as the New Order's elite squadron came to the assistance of miners in a neighboring system. The jaywalkers of highsec are still in desperate need of the Code. Do you think we'll give up on them? Not a chance.
Posted by MinerBumping at 18:06