The Rise of the Space Neocons, Part 6

Previously, on MinerBumping... PwnySquad and its leader, koiso Phoenix, suffered catastrophic theft losses when director TheInternet TweepsOnline TheInternet got them caught up in a fake Pandemic Legion recruitment scam. The corp needed to be rebuilt from the ground up. TheInternet was put in charge of a large-scale recruitment effort.

Determined to make his dream of an ore buyback program into a reality, TheInternet borrowed another freighter from koiso and more money to buy another POS. Then PwnySquad was hit by another crisis: TheInternet's freighter was ambushed in Uedama!

As TheInternet shouted for help in corp chat, koiso told him to check the special officer channel.

koiso didn't want to make TheInternet look bad in front of the new recruits, so she scolded him privately.

All TheInternet needed to do was stall for time. koiso rushed to Uedama in a destroyer that would web the freighter and make it easier for him to warp off. Until then, koiso urged TheInternet to project a sense of calm in the corp chat.

For the first time, koiso expressed how frustrated she was getting with her director. Meanwhile, back in corp chat...

There was good news on the home front. The four new recruits were assigned to their first PvP mission, and not a moment too soon. PwnySquad's finest, along with koiso, would help TheInternet's freighter escape from CODEdot's clutches.

As koiso was coordinating the fleet, disaster struck. 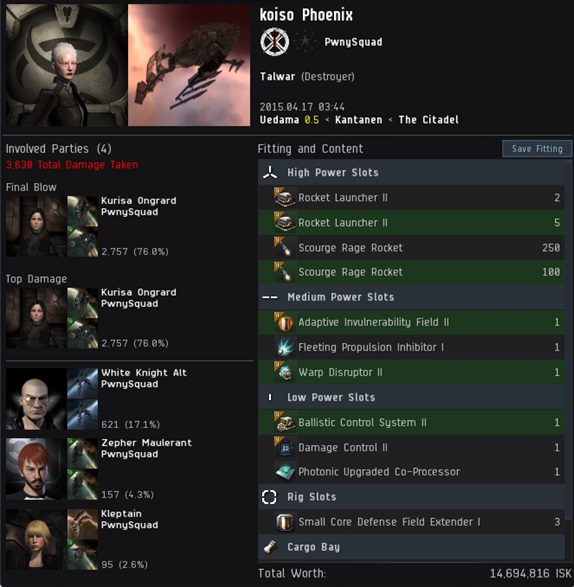 All four new recruits turned their fire on koiso's destroyer. Now the truth became known: koiso was completely surrounded by awoxers in her own corp. It was the dreaded reverse-awox, in reverse!

Despite passing a background check performed by another awoxer, White Knight Alt was an awoxer. He demanded one billion isk, threatening to destroy TheInternet's freighter and its precious cargo. PwnySquad's future was hanging in the balance.

koiso refused to pay the ransom, out of principle. TheInternet urged her to re-ship and bring enough firepower to rescue him.

Having been burned so many times in the past, koiso was reluctant to do anything to save TheInternet. She even began to question his commitment to PwnySquad. In a dramatic moment, TheInternet urged koiso to remember all the times he'd helped her.

PwnySquad's leader was in a state of utter confusion. She didn't know if she could trust anyone. Feeling she had no choice, koiso agreed to fleet up with the awoxers again and mount another rescue mission. 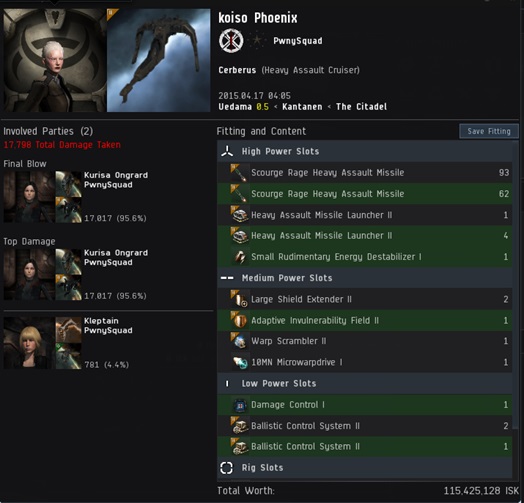 koiso brought a much more powerful combat ship, but it wasn't enough, since the rest of her fleet still consisted of awoxers.

Zepher Maulerant didn't get in on the second kill. He'd only awoxed koiso once, so he claimed total innocence. But koiso had seen enough.

To put it mildly, PwnySquad had experienced a rough couple of days. Could the corp be salvaged? Did TheInternet's dream of an ore buyback program still have a chance of success?