There's so much to see and do in highsec! Countless players spend their time here. Chaos would ensue, if not for the New Order and its Code. Each and every highsec activity is strictly--but not oppressively--regulated by the New Order. Remarkably, the whole system is kept running by a small network of Agents. They are a heroic fighting force. Let's check in on a sampling of the diverse regulating they performed during the week of July 5th @ 00:00 EVEtime through July 11th @ 23:59 EVEtime. 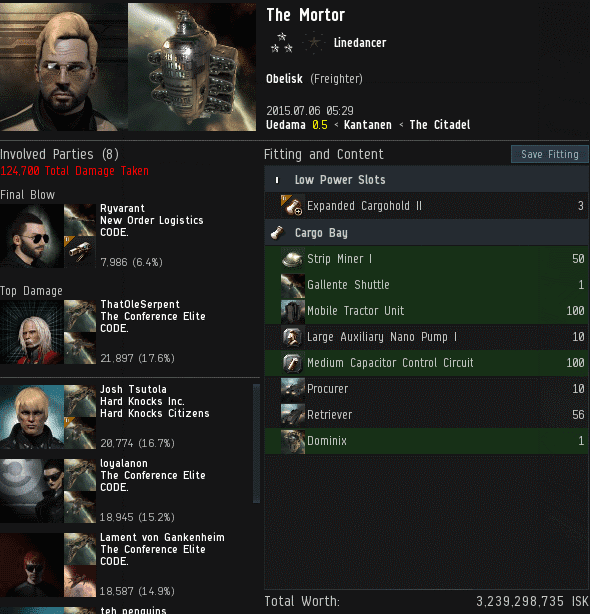 What's the most efficient way to gank 66 unlicensed mining ships? Here's your answer, courtesy of The Mortor, who packed 10 Procurers and 56 Retrievers into his freighter. Agents ThatOleSerpent, Josh Tsutola, loyalanon, Lament von Gankenheim, teh penguins, Sasha Cohenberg, Ryvarant, and prettypenguins couldn't resist all those barges wrapped up in a neat little package. Fifty Strip Miners and 100 MTUs were also disassembled.

There has been much angst lately about all the freighter ganking performed by the New Order over the last month or so. Consider the tears of former freighter owner Don't Forget 2tip, who forgot to tip our Agents.

But I don't wish to give the impression that the New Order is solely concerned with freighters. We care about so much more. We do it all! 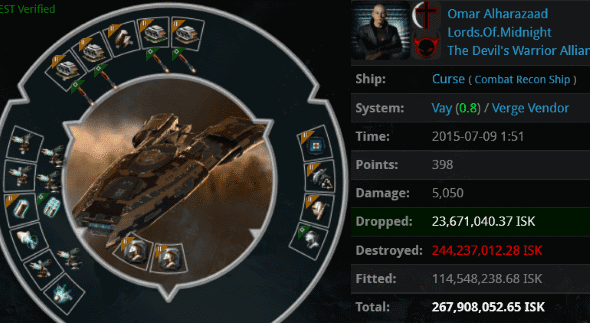 Our Agents enjoy honourable PvP, and they especially love to ship shoots that can shoot back. The Crime & Punishment Thunderdome arose of our an EVE-O thread. Omar Alharazaad challenged the subforum to take on his Curse. Naturally, Agent Tengu Grib rose to the challenge and was victorious in the duel. You can even watch video footage of this fight. 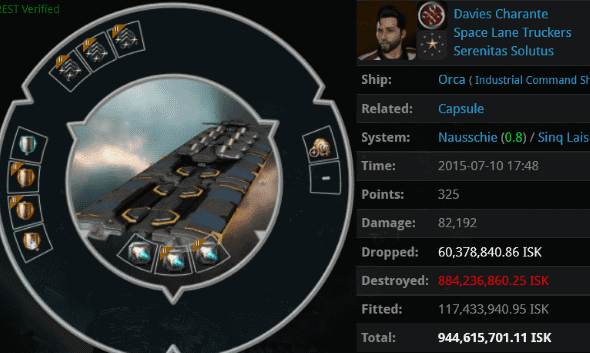 Who doesn't appreciate a good wardec? Davies Charante fell out of love with wardecs after his alliance, Serenitas Solutus, received one from CODE. But first, he thought he'd test CODE.'s seriousness by mining during the wardec. Agents Zane Arnolles and Semtex Attor tore his Orca to pieces, along with other alliance property.

It quickly became clear that Davies was a bit confused.

Luckily, our Agents are masters at clearing up confusion. 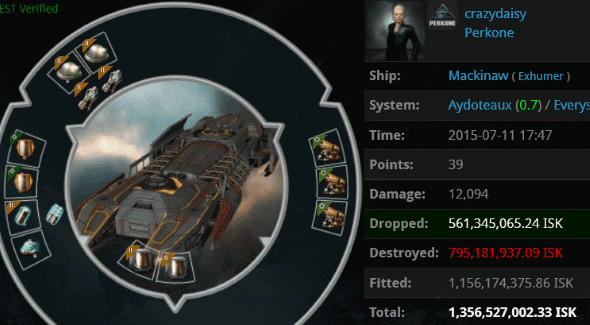 Despite the vast array of activities we govern, the regulation of highsec mining remains our bread and butter. crazydaisy lived up to her name when the dizzy dame fit out a 1.3 billion isk Mackinaw and neglected to get a permit. Agents AeleDeux, Lisa Tears, and Get Well Soon cut her some slack by providing her a warning before killing her. The warning consisted of entering local.

Ich Binsnur didn't fare too poorly when he was punished for autopiloting. He merely lost an unfit frigate. By ganking such a low-value target, Agent Eva Mavas made sure Ich Binsnur wouldn't develop habits that would lead to losing more pricey ships in the future.

Unfortunately, it seems Ich had already developed some expensive tastes. That's what we get for giving autopiloters the benefit of the doubt. 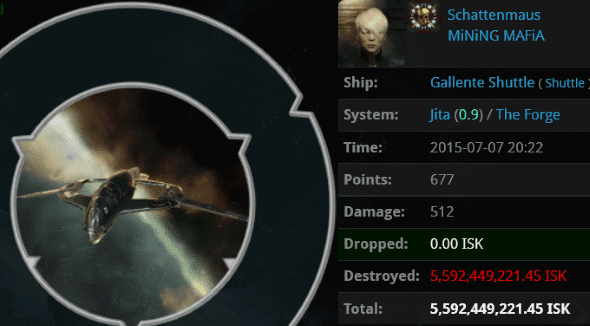 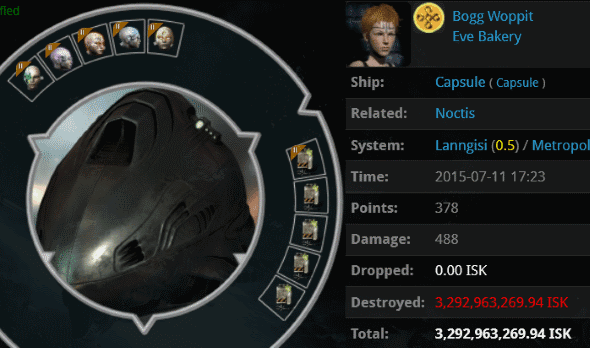 Finally, we have Bogg Woppit's 3.3 billion isk pod, which was revealed after Bogg's Noctis was converted into salvage. Agent Eleni Helios smashed the carebear's crystals.

There are so many ways to pass the time in empire space. Highsec has something for everybody--if they follow the Code, that is. For those who disobey the Code, there is only death and destruction. Fear not! Permits are available for 10 million isk. Contact your local Agent for details. If you don't, they'll contact you.
Posted by MinerBumping at 21:28