We all know the CODE. alliance is elite, but just how elite is it? As you've read in previous blog posts, CODEdot inflicted the most damage of any alliance and inflicted more damage per member than anyone else. As if any more confirmation of our elite status were needed, Gevlon Goblin recently conducted a statistical analysis of corporations and pilots during the 2014 calendar year. The top corporation in EVE? CODEdot's own The Conference Elite, by a mile. And Gevlon's top pilots list reads like a who's who of the New Order, even including Agents who were permabanned for the last few months of 2014.

Imagine all of that elite power being brought to bear against the bots and bot-aspirants of highsec. Better yet, soak in some of these fine kills from the week of July 12th @ 00:00 EVEtime through July 18th @ 23:59 EVEtime... 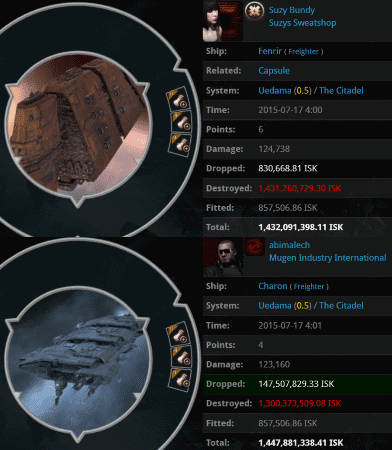 Carebears, lock up your freighters. As Suzy Bundy and abimalech learned... 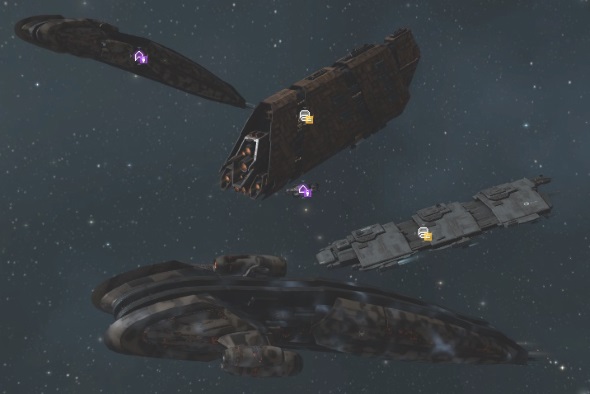 ...the New Order has gained the ability... 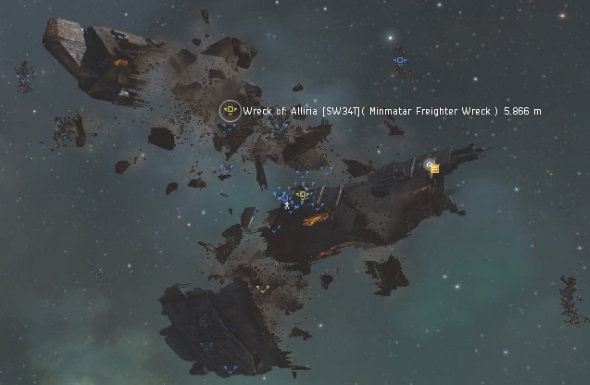 Some freighter pilots are slower to learn than others. Why buy a 10 million isk permit when you can lose multiple freighters instead? So goes the thinking of the bot-aspirant, who can't stand the idea of responding to player-driven content.

Even the carebear-heavy r/Eve subreddit is beginning to turn against these freighter pilots. Total cultural victory is on the horizon. 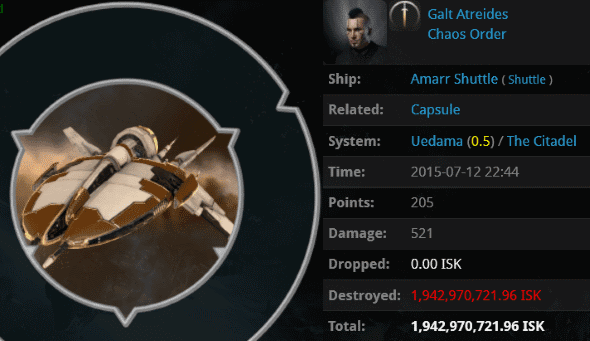 Of course, if you want to lose a billion isk "hauler" you can do so more efficiently by putting a pair of PLEX in your shuttle. Galt Atreides gave Agent holdmybeer an easy 1.9 billion isk killmail that way. 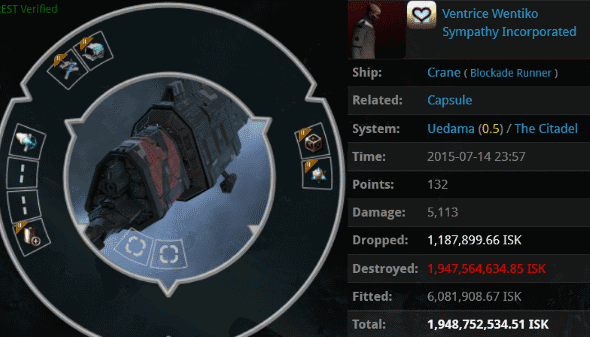 Ventrice Wentiko took a safer option: A covops cloaking blockade runner. He saw no need to fit a proper tank, though. Nor did he bother to enable the cloaking device, since he was AFK autopiloting anyway. Agents holdmybeer and Kermakakku dispatched the decidedly visible cloaky ship.

The blockade runner contained a sizable number of expensive speed mods. But there's no way to outrun justice in modern highsec. 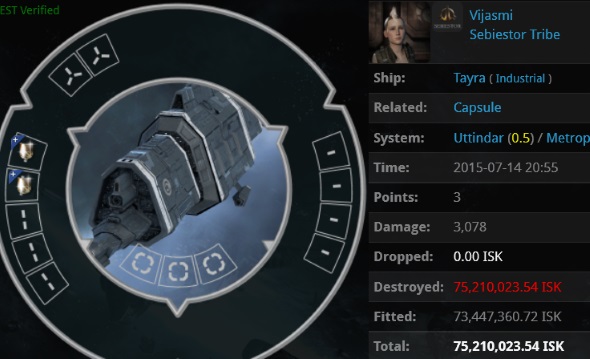 Vijasmi was killed by Agents Ann Boncroft and Silent Ninja while on a trip through Uttindar, another one of those "U" named 0.5 systems. Her fit was a bit puzzling, especially given the ship's cargo:

The New Order knows elite, and that ain't it. Vijasmi also managed to lose a half a billion isk pod in the process.

We're always on the lookout for inappropriately named corps and alliances. COISA2 hailed from the highly suspicious KBSMBCSBS corporation. After being ganked in an Orca, he promised never to lose another ship. If you make a promise to the New Order, you had better keep it--because we always keep our own promises. 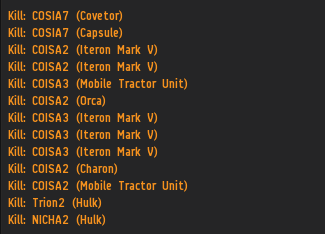 Agents Cian O'Neil and Failkin of the Coisa Cleanup Crew wardecced KBSMBCSBS and began killing COISA2 and his alts. The ignoble bot-aspirant promptly formed the even more provocatively titled Make Must You AFK corp. This invited a new wardec from our heroes. Two billion isk of contraband was destroyed. 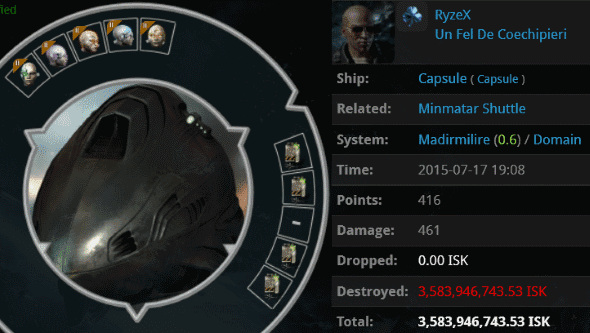 Once upon a time, RyzeX had a pod full of high-grade "Ascendancy" implants. However, I think you'll agree that it is the Code which is truly ascendant at the moment. Agent Aaaarrgg halted RyzeX's shuttle during a routine stop and lived the Code to its fullest.
Posted by MinerBumping at 20:48