The Slave of Duty

Everyone in EVE has a career, so why don't they all have career plans? Consider tamakan, who has been playing EVE for about four and a half years. What sort of ambitions should he be realizing at this stage in his career development? 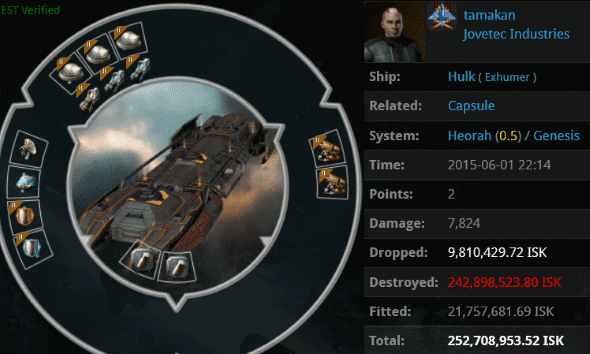 Whatever he thought he'd make of himself when he started playing this game, he ended up as a killmail for the New Order. Four and a half years into EVE, tamakan was a highsec miner. He hadn't even earned his permit yet. After the gank, tamakan took his anger out at the New Order by making kill rights available.

To ensure this wasn't done in error, Zuzu en Cedoulain sent the miner a message. No matter how empty tamakan's threat was, Zuzu didn't feel she deserved any sort of retaliation. She was merely doing her duty as an Agent of the New Order. Can't blame her for that.

And so began a spirited debate about the nature of one's duty.

In fact, a Knight of the Order has many duties. Thankfully, none of those duties contradict each other. The CODEdot Knight is always in perfect harmony with himself or herself. There are no moral dilemmas or shades of gray. The Knight ponders questions like, "So, how awesome do I want to be today?"

The New Order was in grave peril--or it would've been, had tamakan the ability to "hot drop" his carrier in highsec. Actually, you might say that in June 2012, the New Halaima Code of Conduct was hot dropped on highsec. No one expected it. 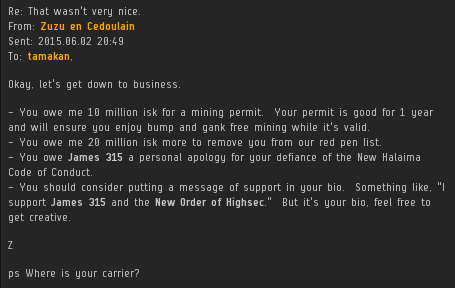 Maybe that's why tamakan remained a miner after all these years: He couldn't fly a capital, so he might as well mine all day in a Hulk.

Interestingly, tamakan was one of those miners who was sympathetic to the original purpose of the Code. It's a totally different scene now that the Code is cool and mainstream and everyone wants to comply with it. At any rate, tamakan was mistaken. Our pilots are not pirates; they're dripping with honour. 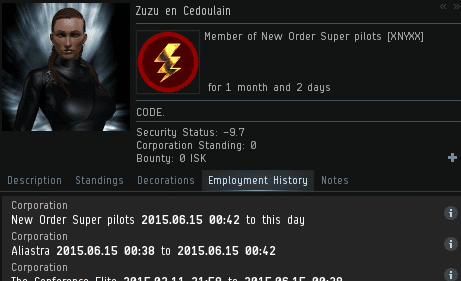 In highsec, you never know who you're going to learn from, or who will inspire you. Zuzu was so impressed by tamakan's carrier threat that she decided to found the New Order Super pilots corp. 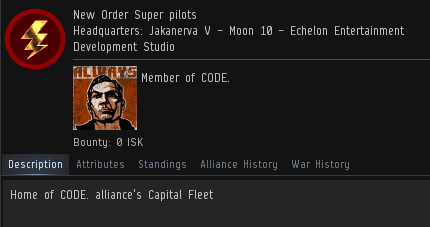 You never know what CODEdot will drop on highsec next.
Posted by MinerBumping at 18:48